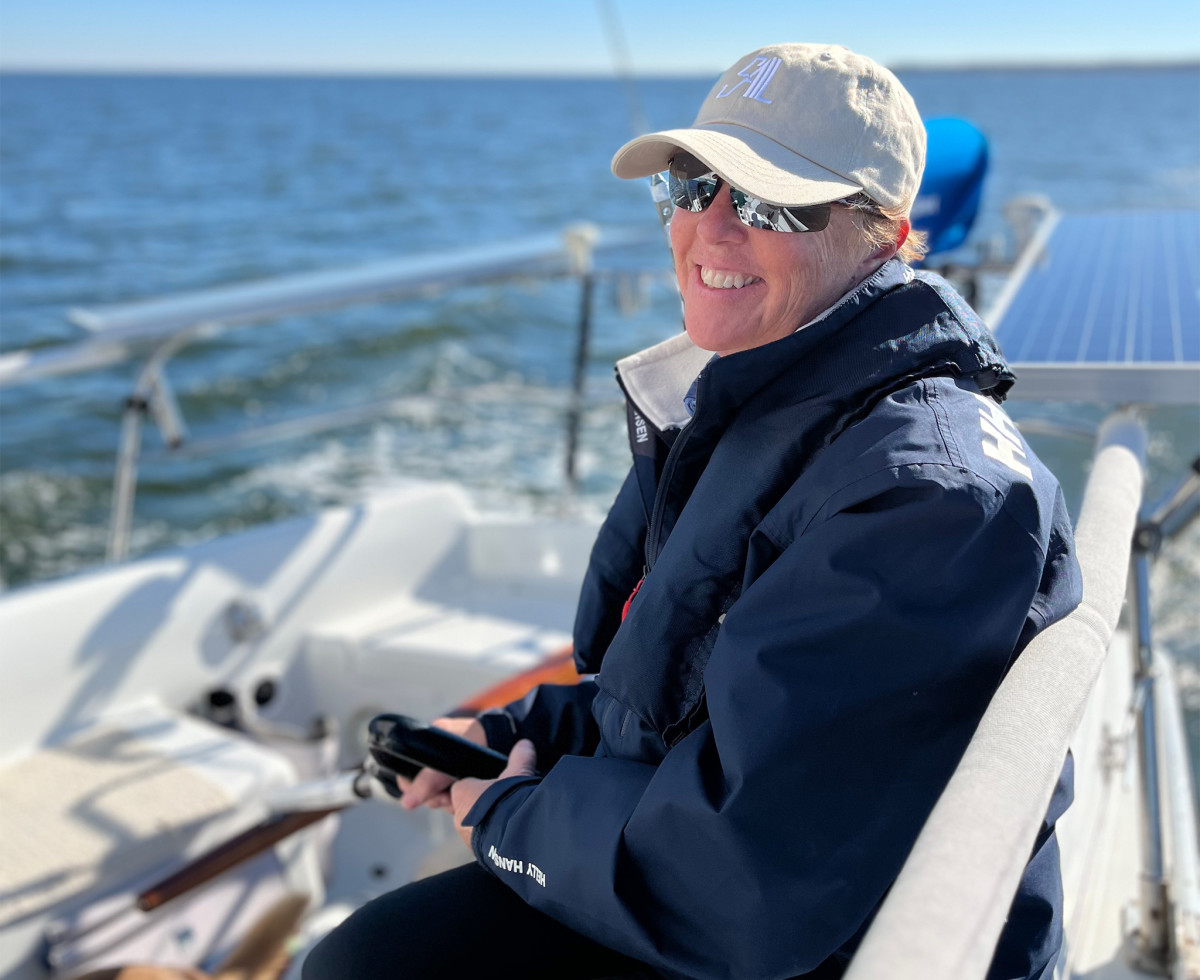 It was late afternoon just after the U.S. Sailboat Show in Annapolis when I climbed aboard the last boat on the schedule. I and others who review and sail boats for the magazine’s Top 10 Best Boats had been on the water all day for several days, putting a gorgeous variety of boats through their paces.

Though it can be fickle, the Chesapeake in autumn had been serving up a series of stunning days for sailing—feisty 15- to 20-knot breezes beneath an alpine blue sky, studded now and then with dusky, post-cold-front clouds. Honestly, it was hard to resist the temptation to just keep going south, like so many of the snowbirds who’d gathered in the anchorage to check out the candy store that is the boat show.

So yeah, maybe I was a little distracted. And perhaps, at this point, a bit tired. But that all vanished once we started sailing.

Unlike the other boats I’d sailed earlier in the day, which had featured a cast of relative thousands (in other words, half a dozen people or so), on this one it was just me, a fellow boat tester, and a guy who worked for the builder. Also, unlike the other boats I’d sailed earlier, this one didn’t have a single electric winch. Granted, it was the smallest of the boats we’d sailed this day, but it was just us, lines, elbow grease, and winch handles.

Off we went, zooming like a waterbug. And even though the boats I’d sailed earlier had been exciting, powerful, and beautiful, on this boat I felt something different. On the wind, off the wind, steering, or trimming, it was kind of a relief to be so involved, to grip a winch handle rather than push a button, to feel the tension of a line through my hands and shoulders, to tweak this and adjust that, to have so much to do.

It got me pondering a recurring theme I’d heard at the show, about how so many new boats strive to make sailing as easy and as comfortable as possible. This is because, I am told, sailors—especially new sailors—want all the comforts. They expect an easy-going sailing “lifestyle.” And as boats and their rigs have gotten steadily bigger to accommodate this desire for ease and comfort, some elements of sailhandling have inevitably changed to make it safely doable for the typical couple or young family. Jibs that tack themselves. Mains that set and reef with barely a need to touch a line.

While on the one hand this effort to make sailing easier in more comfort ostensibly makes it available to more people—to be sure, always a desirable goal—I can’t help but feel sometimes that something’s getting lost. Don’t get me wrong; I’m not some purist who thinks you have to suffer to sail. I like staying warm, dry, safe, and comfy as much as the next person, and I’m sure as hell totally over using a bucket for a head (an admittedly low bar for basic accommodations, but there was a time…). I’ll always prefer a reach to a beat, and a run most of all.

But I found it kind of interesting to realize that for me, comfort and fun in sailing also have to do with how I’m interacting with the boat. Maybe it’s the former racer in me who never was allowed to cleat a sheet, who lived and died by the telltales. But I realized that as much as I love arriving at a destination, dropping the hook, and firing up the grill for a twilight dinner, how I get there is an equally important element of what I’m doing out there in the first place. And for me, that means keeping the hands in hands-on.