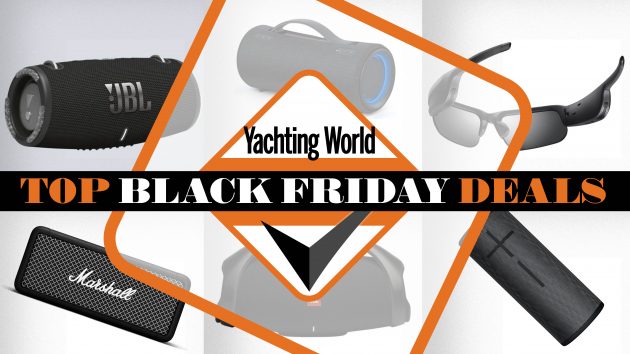 Hundreds of portable speakers are on sale this week, but we’ve cut through the noise to bring you the very best Black Friday waterproof bluetooth speaker deals


If you’re going to take a pair of portable speakers on your boat (or anyone else’s for that matter), you’ll want to be sure that they’re pretty rugged as salt water can cause havoc with your precious sound system. And a set of top-end speakers can be had for a lot less this week, as our round up for the best Black Friday waterproof bluetooth speaker deals shows.

Not all the units we’ve recommended below are marketed as marine speakers, but they are all described as waterproof and so should be able to stand up to a bit of spray (dropping them overboard is another matter!)

There is a wide range of big name brands getting involved with Black Friday 2022, from Bose and JBL to Sony and Marshall, so let’s get stuck in…

Was £449.99, now £249 at Currys
JBL has gone big this Black Friday, and they don’t come much bigger than the 80W Boombox 2, which they claim is the loudest Boombox ever. Key features include 24hr battery life, IPX7 waterproofing, and the ability to connect up to 100 auxiliary speakers – they’ll be able to hear you on the other side of the marina! The best deal we found was with UK retailer Currys, but US shoppers can get 33% via Amazon.

Was $349.99, now $199 at Amazon
We love a good bundle deal, especially on Black Friday, and this one sees the mid-range Sony SRS-XG300 paired with a sturdy Knox Gear hard case. This 17W speaker has an even better battery life than the JBL (25 hours claimed) and it weighs half as much (3kg vs 6kg). Amazon US has the biggest discount right now, but if you’re not interested in a case, you can save 35% on the speaker alone at Amazon UK or John Lewis, where it’s retailing for £169.

Was $249 now $124.50 at Bose.com
“What is a pair of sunnies doing on a list of the best Black Friday waterproof bluetooth speaker deals?” you might well ask, but these are no ordinary sunglasses – they have Bose speakers built into the lightweight nylon arms so you can leave your earbuds back on dry land. The best price we found was direct from the horse’s mouth at Bose.com.