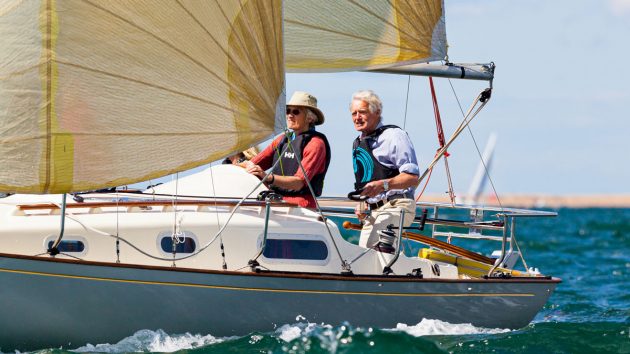 British yacht builder Jeremy Rogers MBE, most famous for co-creating the iconic Contessa 32 and Contessa 26, has died at the age of 85


Jeremy Rogers was an esteemed designer and passionate racing sailor. He founded his eponymous boatyard in Lymington, Hampshire, in the United Kingdom.

Rogers was born in September 1937, and as a child his mother evacuated him and his brothers to rural Canada during the Second World War. There they occupied themselves during snow-bound Ottawa winters building model boats.

After the war the family returned to the UK, settling in Keyhaven just outside Lymington, where Jeremy and his younger brother Jonathan began sailing Cadets. He built his first dinghy at primary school, building a home-built Cadet dinghy whilst at Clayesmore School in Dorset, aged just 10.

Jonathan, in an article written for the Contessa 32 owners’ association, recalled how Jeremy continued to build boats during his school years, as the only pupil allowed time off lessons and given a key to the workshop: “There were Canoes, a Planet with a sliding seat, he rebuilt several Finns as well as a number of old 1920s Austin 7s which were salvaged from scrap yards.”

In Rogers’s final year at school, an Olympic sailor was brought in to oversee his building of a 505 dinghy, which Jeremy and Jonathan went on to successfully race together at Cowes.

After leaving school, Rogers completed a five-year apprenticeship with esteemed wooden boat builder Jack Chippendale, before setting out on his own, opening the Jeremy Rogers boatyard in 1961, aged 23. 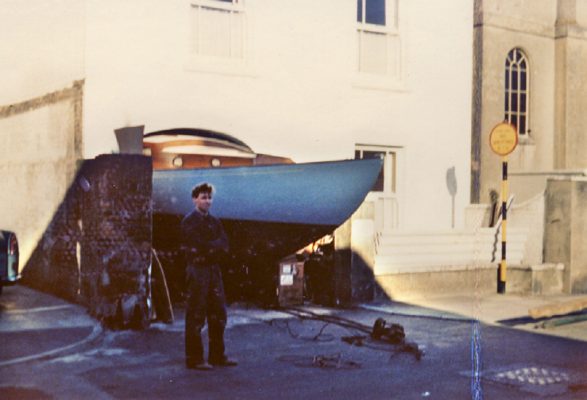 Jeremy Rogers with the Dysca Folkboat outside Lillington House

Early yachts included a Nordic Folkboat, built in a shed behind his house, and Finn and Ok dinghies. However, he soon moved into a factory and began constructing larger GRP boats, building a GRP Folkboat in 1966.

This was swiftly followed by an early Contessa 26, Contessa of Wight, which took 2nd place in the 1969 Round the Island Race – a result repeated by her sistership Amarilla the following year. Contessa 26 yachts also went on to offshore success, winning the Round Britain Race and proving its endurance abilities in the OSTAR solo transatlantic.

From that success came the Contessa 32, which Rogers co-designed with David Sadler. The Contessa 32 was launched in 1971, was voted the London Boat of the Show the following year, and its popularity has never diminished. It is considered by many to be one of the best cruiser-racers ever built.

Over its five decades, Contessa 32 owners enjoyed well attended class racing at events such as Cowes Week, whilst also achieving astonishing feats of seamanship by sailing in remote and challenging waters.

In the 1979 Fastnet Race, the Contessa 32, Assent, was famously the only boat among the small yachts in Class 5 to finish, while Assent’s owner Willy Ker went on to sail 100,000 miles in the yacht, largely single-handed and often to extreme high latitudes. 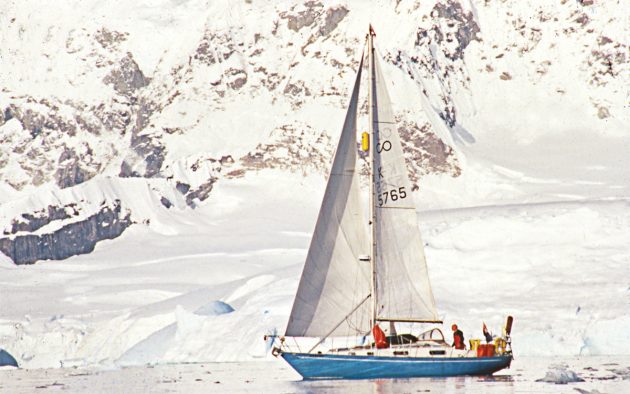 More Contessa designs followed, largely launched aimed at the cruiser-racer market. A fast Contessa 38 Thunder, built for the One Ton Cup in 1973, inspired a partnership with Doug Peterson.

Peterson designed the Contessa 35 Gumboots, in which Rogers won the 1974 One Ton Cup, despite abandoning one of the offshore races to rescue a family from a sinking boat. He was voted Yachtsman of the Year for the rescue, and the racing rules were subsequently changed to allow competitors to be awarded redress in exceptional circumstances. 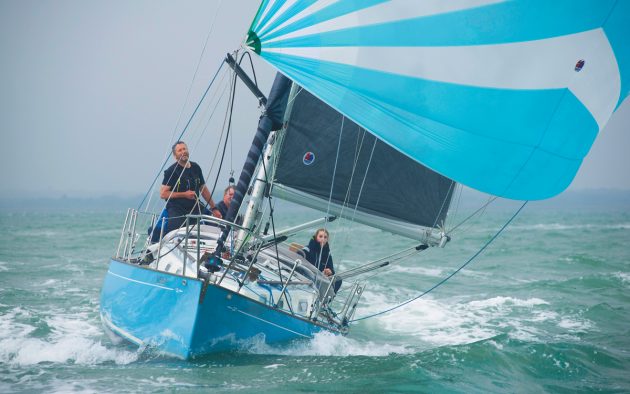 Assent sailing on the Solent ahead of competing in the 2019 Fastnet with Jeremy Rogers’s son Kit and grand-daughter Hattie, also flying the same spinnaker colours as in ’79. Photo: Nic Compton

Other significant sailing victories including winning the British Admiral’s Cup in 1977, skippering the Contessa 43, Moonshine, and his Contessa 39, Eclipse to 2nd place in the 1979 Fastnet Race.

Meanwhile the boatyard was exporting Contessas all over the world. At its peak there, construction was spread over five factories with 200 employers. In 1978 Rogers introduced injection moulding into the construction process of the OOD34 yachts, an innovative move that was ahead of its time.

In the 1980s, the business went into receivership and the moulds for the Contessa 26 and 32 were sold. Rogers continued building Etchells keelboats and one-off racing and cruising yachts, but in 1995 bought back the Contessa 32 moulds and restarted production, whilst also refitting and refurbishing older 32s.

He also renovated his own Contessa 26, Rosina of Beaulieu, which has won the Gold Roman Bowl for overall winner of the Round the Island Race in 2002, 2003 and 2006. 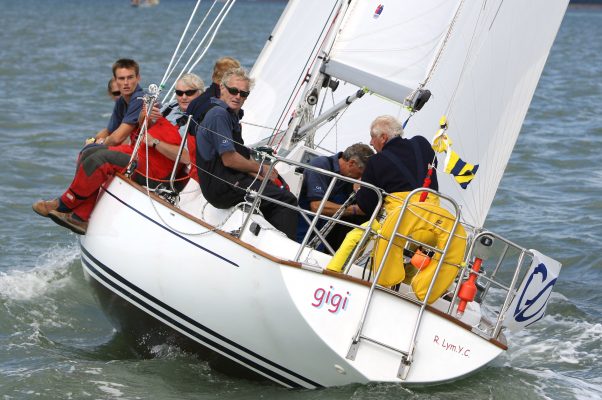 Jeremy Rogers on board the Contessa 32 Gigi during Skandia Cowes Week 2008.
Photo: onEdition

The yard continued to innovate, creating a ‘green’ Contessa 32, Calypso, using sustainable alternatives to teak amongst hybrid power and other ecological solutions. In 2012, Rogers handed over the management of the business to his son, Kit, but remained a key part of the team and mentor.

Jeremy Rogers died in October 2022. He leaves behind his wife, Fiona and his three sons, Simon, Kit and David.