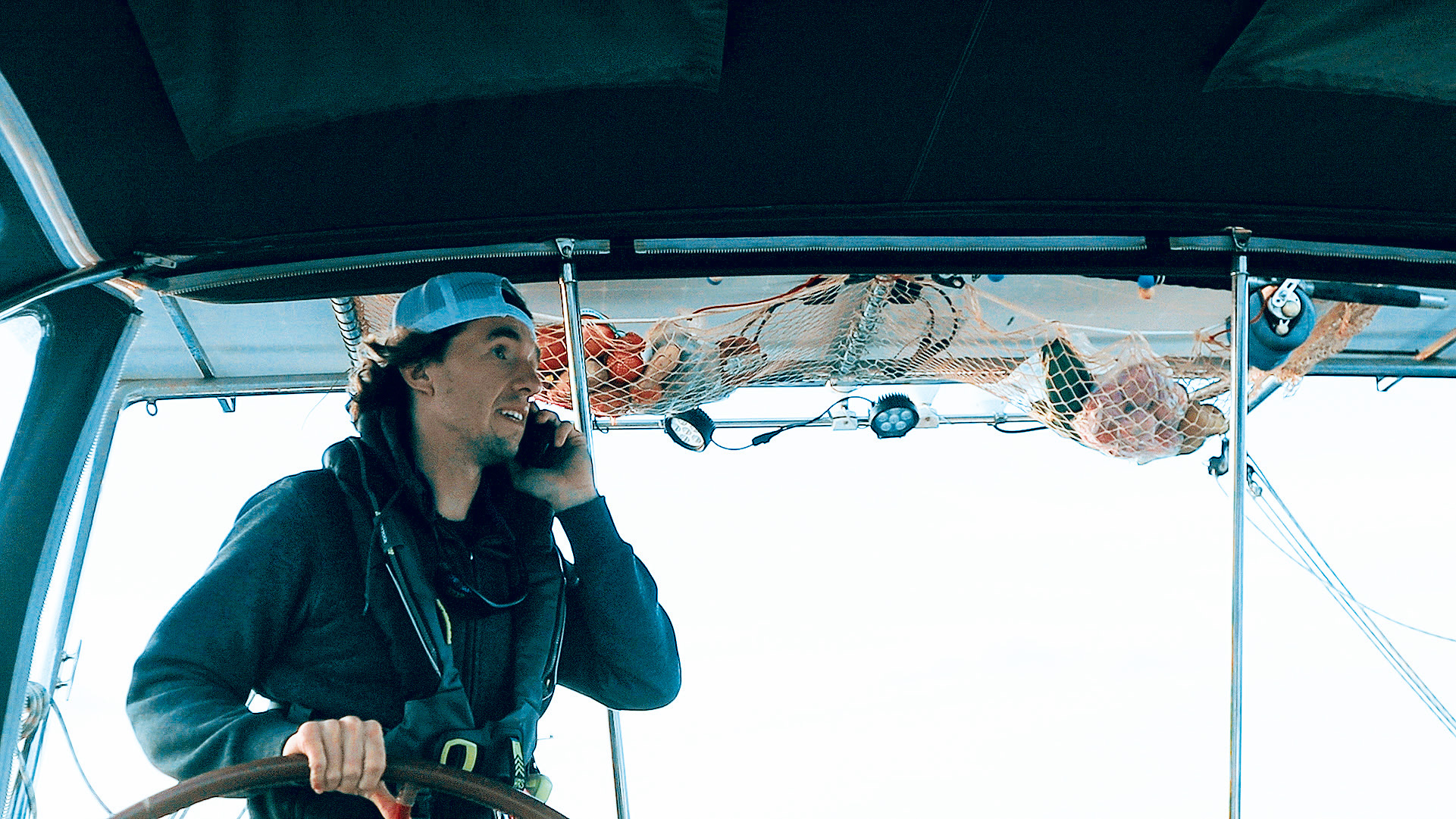 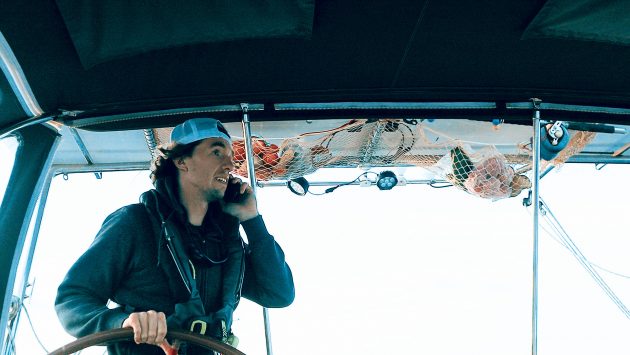 What would you do if you came across a migrant vessel adrift at sea? It’s a scenario many sailors have discussed because, unfortunately, it’s not uncommon to find desperate migrants and refugees making treacherous crossings on overloaded, poorly constructed rafts or inflatable boats.

For Ryan Ellison this scenario became a reality when he encountered 60 migrants – and became part of a mission to rescue over 300 – at night, on his first ever solo ocean crossing.

Ellison and his partner, Sophie Darsy, have lived aboard their 2007 Beneteau Oceanis 40 Polar Seal for more than four years. The couple, who document their adventures online (ryanandsophie.com), have sailed around Europe from Scandinavia to southern Italy, cruised the Caribbean and Antilles, and made transatlantic crossings via the Azores and Cape Verde islands.

In January this year Ellison was embarking on his first solo ocean passage, crossing the Atlantic from Lanzarote to Antigua while Sophie flew to France. It was an emotional departure for the couple, who usually sail double-handed, but Ellison was keen to push his personal limits. Ellison is no stranger to physical and mental challenges; he’s an ex-fighter jet pilot, marathon runner and mountaineering enthusiast used to handling high-stress situations. 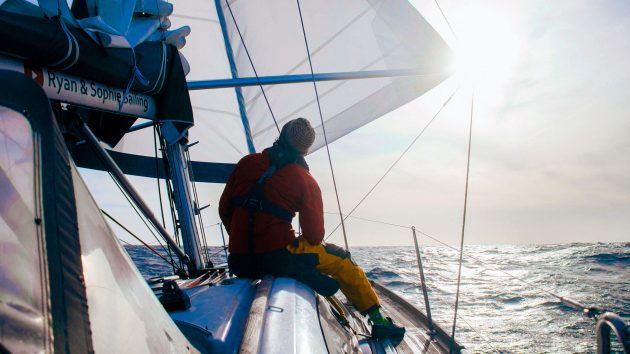 On Monday, 24 January, he set sail towards Antigua. Just over 24 hours after departing Marina Rubicon in Lanzarote, Ellison was sailing along the eastern coast of Fuerteventura, preparing to sail through the strong acceleration winds the area is renowned for. A little after 1500 that day the winds picked up as expected, and he knew he was in for a rough second night until he reached the lee of Gran Canaria.

Throughout the day on the VHF radio there were various mentions of a raft adrift. Reports of such rafts are relatively frequent in this area, as it’s a migration route from Mauritania, west Africa, to the European territories of the Canary Islands. Several yachts participating in the annual ARC rally have reported sightings of suspected migrant vessels or abandoned craft over the years, after setting off from Las Palmas in November.

“Sophie and I had discussed what we’d do if we came across one of these migrant rafts,” Ellison explains. The advice is to observe the raft but keep a safe distance. Many of the larger rafts can carry dozens of people who could easily overwhelm a small sailing yacht and make an already dangerous situation infinitely worse in a panic.

“If you get too close, people may swim for your vessel, leading to a dangerous multiple man overboard situation.”

At 1730 that day, Ellison received a call: ‘Polar Seal, Las Palmas MRCC, could you please proceed to [given] coordinates and see if you spot any adrift rafts.’ Ellison redirected his route and headed to the position he’d been given, which was four miles to port.

He recalls, “On my way there, I was full of adrenaline, but I really had no idea what I’d find nor what I’d do if I found it. I also took the opportunity to give Sophie a call on the satellite phone. If she saw my course change on the tracker, I knew she’d be concerned, so I thought it prudent to keep her informed.” 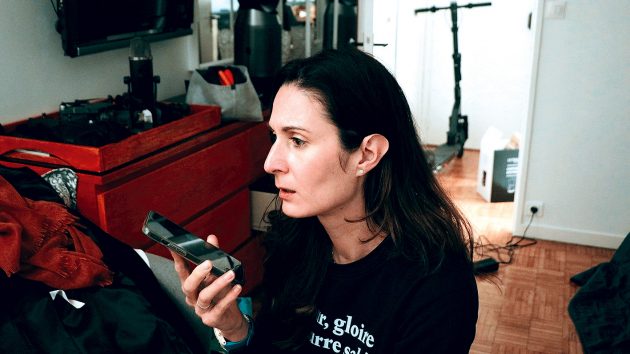 Less than 40 minutes later, Ryan spotted a bright orange rescue flag and a raft containing 50-60 people, including women and children. He contacted MRCC to confirm the sighting. “I noticed on the chartplotter that the rescue helicopter was already en route.

“At this point, a flood of emotions poured over me. These poor people were sitting right in the middle of the acceleration zone. What if some of them bail [out of the raft] and try to swim to me? How could I help them? What am I doing here?”

Even when the rescue helicopter arrived, there was no sensation of relief. “I was starting to wonder how the operation would unfold,” he says. “There were no other rescue vessels, other than two tankers less than five miles away that ignored repeated radio calls from the MRCC and me. It’s shameful but not unexpected given how Mediterranean governments have treated ships that have picked up migrants in the past.”

The helicopter crew informed Ellison that they had to refuel and that a rescue boat was three hours away. MRCC Las Palmas requested that he remain on station and monitor the situation until the crew could return. Night was beginning to fall, and it was blowing 25-30 knots, with 2m choppy seas. “I had no idea how I would keep tabs on a black raft in the middle of the sea at night. I was alone with a migrant raft on my second solo night.” 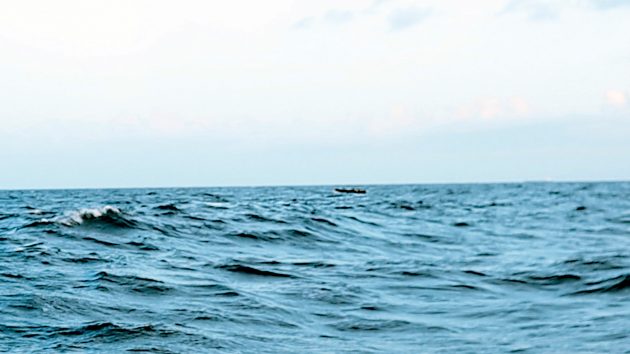 Ryan called clear-headed Sophie, and they discussed his plan of action. He would remain within a safe distance of the raft. Once darkness fell he used a torch to maintain contact with the raft. “I could see a faint glow of a flashlight which would come and go as the swell moved up and down. I’d shine my powerful Maglite in their direction regularly to reassure them that I was still there with them.”

He admits that he was deeply scared, not only for the safety of those on the raft but also for himself. As the hours passed, the fleet began drifting south-west, further into the Atlantic. In the darkness, fatigued from a lack of sleep, his imagination became heightened, with real fear beginning to set in.

After maintaining a solo watch for several hours, an exhausted Ellison saw three more sets of lights emerging from the blackness. 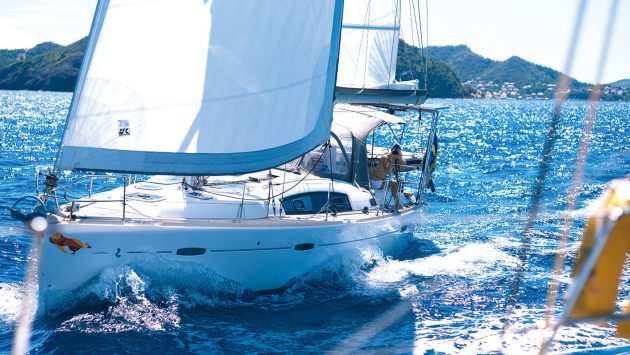 “I thought I was seeing things. Was there more than one raft out there? This terrified me. Keeping track of one raft was proving difficult, now having to potentially monitor four was going to be near impossible. I kept thinking I would lose them or worse still, collide with them.”

Conditions worsened and a large wave flooded Polar Seal‘s cockpit, swamping Ellison’s radio, cameras and logbook. “I started to cry, I was terrified. I was flooded with so many emotions; how does humanity allow this to happen in the world? Over 21,000 migrants come to the Canaries, many on rafts like this one every year.”

At 2130, the rescue helicopter returned, using Polar Seal’s position to locate the rafts. The pilot contacted Ellison by radio and explained that he could resume his original course. “The crew told me that if I’d not stayed, most of the people on the raft would have died. It still makes me cry just thinking about it,” he says.

Ellison continued his solo ocean crossing, although the double challenges of weather conditions and emotional fatigue almost got the better of him. Strong winds pushed Polar Seal further south, with Ellison eventually putting in to Cape Verde.

“I was mentally drained and the weather was not allowing me to keep going straight across the Atlantic either. It was a bit of a blessing for me. I wasn’t really sure if I could keep going with the solo sail. It was just too much for me to process.” 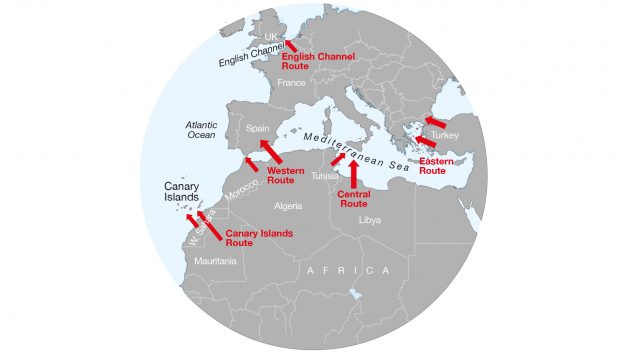 Key routes used by traffickers selling passages to migrants include west Africa to the Canary Islands, Morocco and Tunisia to Spain, Libya to Sicily, and Turkey to Greece

Once in Cape Verde, he says: “I found warmth in the friendship of the sailing community. I found myself telling the story to people I’d just met. There was no judgement, just lots of support, hugs and tears. I spent the next two weeks recovering until I was emotionally strong enough to continue and to finish what I started.” He finally arrived in Antigua on 2 March 2022.

For Ellison, a passage that began as a personal challenge became something much bigger. “The sea means many things to people,” he explains. “For some, it’s a livelihood; for others, it’s a way of life, a hobby or a passion. But for many others it’s full of dangers and high risks.

“As sailors, we have an unspoken duty to protect those at sea. I could not have sailed past the raft that night. There would be a cold place in hell waiting for me if I did. Emotionally, I also needed that help. The sailing community really stepped up and gave me a helping hand.”

What to do if you encounter a migrant vessel at sea

Most of us hope that we’d do our best to go to the assistance of those in need at sea, but a skipper’s first responsibility is to their own vessel and crew and the decision on whether or not to help isn’t so clear cut.

The International Maritime Organization (IMO) Safety of Life at Sea (SOLAS) convention (Chapter V, Regulation 33) requires the master of a ship to provide assistance to any persons in distress at sea.

However, in practical terms a small yacht is unlikely to be able to provide meaningful assistance to a boat carrying a significant number of migrants without putting the vessel and crew in danger. In such circumstances, the accepted view is that SOLAS Chapter V does not require the skipper of a private yacht to intervene.

The most important action is to stand by, keep your distance, and call the authorities. Take note of your location and, using VHF Ch16, inform the relevant search and rescue service of what you have encountered.

Stuart Carruthers, RYA cruising manager, has the following advice: “Report any sightings by radio, note it in the log but be very wary about assistance. It sounds harsh but a rescue could put you and your crew in danger. You could have a massive bureaucratic problem and be tied up in bringing illegal immigrants into the country.

“Our advice is stand off and report,” he adds.