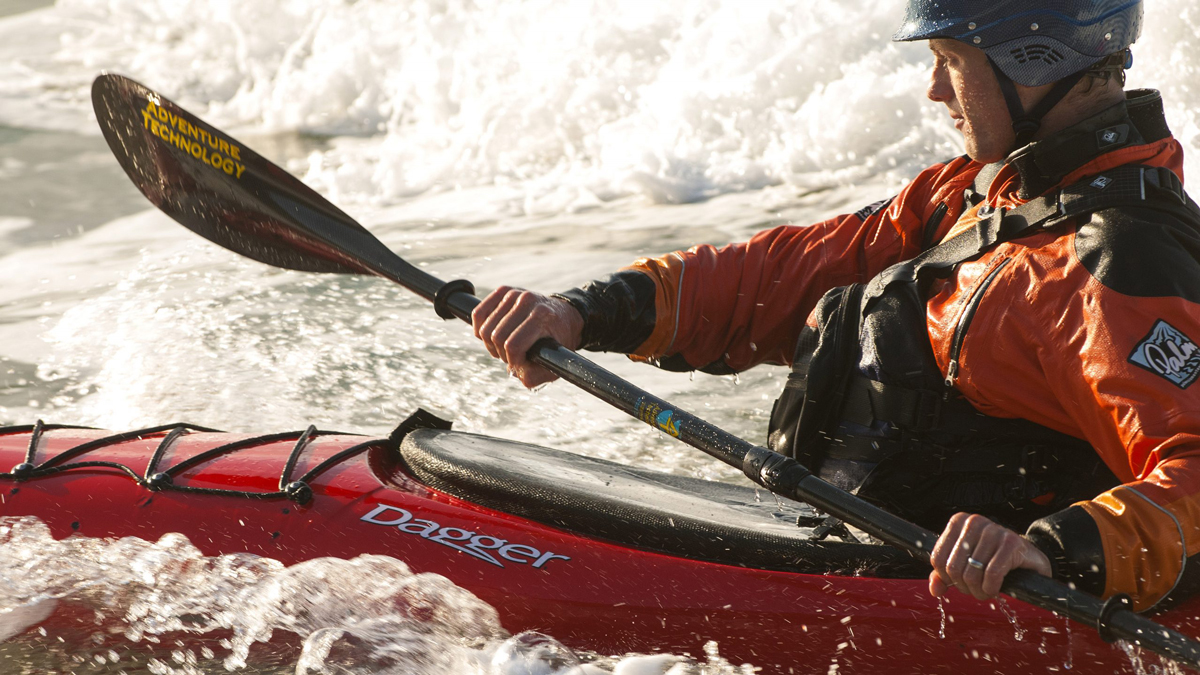 From Perceptions to Pyranhas, there are many makers of quality kayaks, for all kinds of adventures from sea kayaking to whitewater paddling – this guide will take you through the best kayak brands and help you choose the best kayak for you 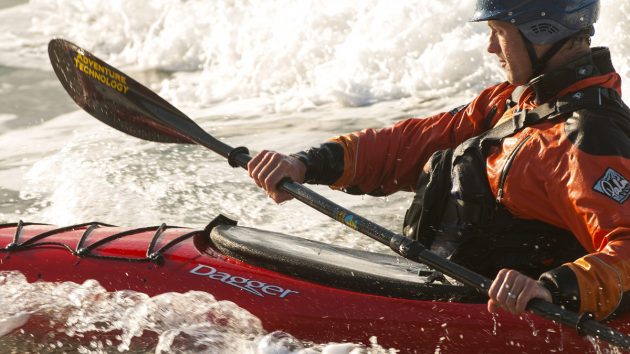 Whether you’re looking for a touring sea kayak, a fibreglass surfski, a plastic sit-on-top, a foldable or inflatable craft, a whitewater creek boat or a versatile river runner, there is a dizzying array of boat brands to choose from out there. This guide will help steer you through the rapids towards the world’s best kayak makers, explaining the backstory of the brands and what kind of boats they produce for various forms of paddling.

The best kayak brands based in North America

Perhaps the most well-known kayak brand in the world, Perception pioneered roto-molded plastic-molded kayaks four decades ago and now manufacture a massive range of recreational boats, from sit-on-tops (and stand-on-tops) and pedal-powered yak fishing craft through to long touring kayaks and more responsive river runners.

The boats are made at the brand’s base in Greenville, South Carolina – the state where Bill Masters began making whitewater kayaks in the 1970s. Masters’ second brand Aquaterra, which concentrated on touring boats, was eventually absorbed into Perception, and the whole lot was acquired by Confluence in 1988 (along with Dagger and Wave Sport).

The company moved away from whitewater boats after this, leaving that space for Dagger and Wave Sport, and began concentrating on touring kayaks and recreational craft. The Essence (available in 16- and 17ft versions) is Perception’s premier touring sea kayak, while the Expression (11-, 14- and 15ft) and Carolina (12- and 14ft) are more versatile.

The brand also do boats specially designed for smaller paddlers and women (the Tribute for example), beginners (the Prodigy series), more purely fun-focussed sea-goers (the JoyRide) and also tandems. For sit-on-tops, the Triumph is a great all-rounder, while the Cranks is a new pedal-powered craft and the Hi Life is an award-winning hybrid kayak-come-stand-up-paddleboard. 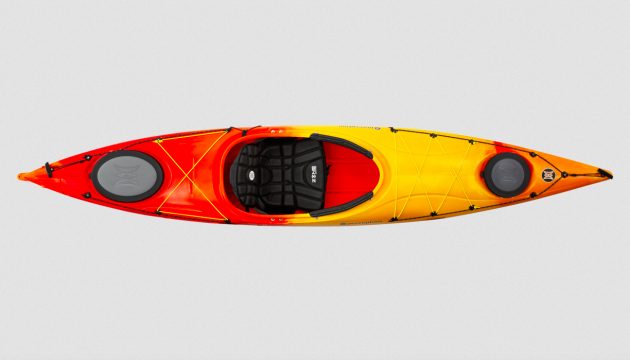 Founded by whitewater paddlers Eric Jackson, Tony Lunt and David Knight in 2003, in Sparta, White County, Tennessee, Jackson is a name that is synonymous with kayaking. The brand, which remains based in the USA, quickly assembled a team brimful with the best boating talent around.

After concentrating on whitewater boats for the first few years – producing several iconic creekboats including the Nirvana and the Antix, an awesome all-rounder – the brand launched a range of fishing kayaks in 2010, with designs including traditional paddle craft as well as some pedal-powered kayaks like the Knarr. 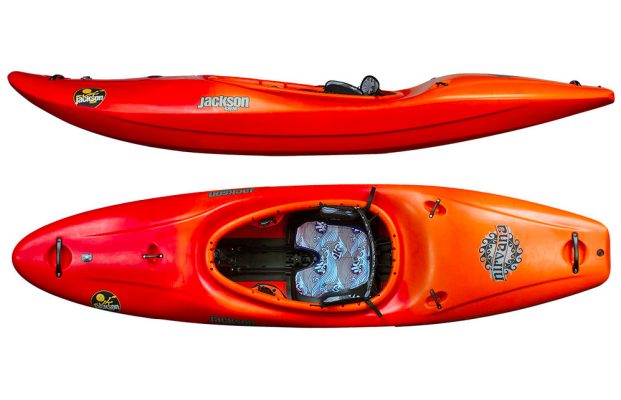 Like Perception and Wave Sport, Dagger are now owned by Confluence, but marked distinctions remain between the boats produced by the brands. Dagger’s history, heart and soul remains firmly in the whitewater world, with creek boats like the Code enduringly popular among paddlers partial to technical, steep descents and tight turns. Production takes place in the US and in the UK, and the brand makes a few river runners (the Nova) tourers (like the Stratos series) and various crossover boats too. 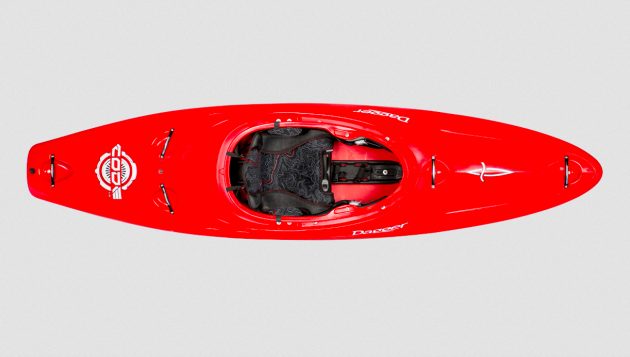 Canada’s Delta Kayaks have been making high-quality boats in Maple Ridge, British Columbia, for over 35 years. Environmentalism lies at the heart of this brand, which uses materials that are 100% recyclable and collects and repurposes all of its scrap material, so there is zero waste.

Delta’s boats are all made with a thermoform construction, and the brand specialises in touring kayaks suitable for sea and river adventures, with the length of the craft running from 12ft for light touring through to 17ft at the performance end of the spectrum. They also do a 10ft boat, which is ideal for recreational paddling and as a kayak to have on a larger live-aboard boat.

Since their launch in 2009, Stellar Kayaks have become famous for their range of ocean and surfskis, racing and touring kayaks. The paddlers behind the brand, Ed Hofmeister and David Thomas, work with Klaus Filter, a renowned naval architect, to produce high-performance paddle craft.

For their comprehensive range of skis and kayaks, which range from boats for beginners through to super sleek craft built for ocean racers, the brand use a range of composite laminates variously incorporating fibreglass, carbon and kevlar. 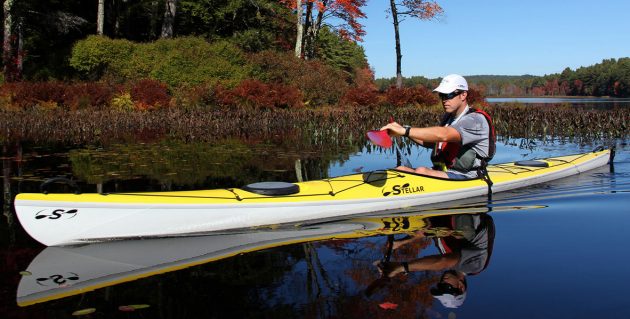 Hobie Alter began by making surfboards in his old man’s garage in 1950. He went on to set up the first surf shop in Southern California’s Dana Point, and by the late 1960s was dabbling in designs for innovative sail craft, which resulted in the launch of the enormously successful Hobie Cat.

In the 1990s, Alter’s attention turned to kayaks, and in 1997 the Hobie brand pioneered pedal-powered sit-on-tops equipped with the MirageDrive technology, leaving yakkers hands free to fish. Now a fleet of foot- and sail-powered kayaks are produced by the creative brand. 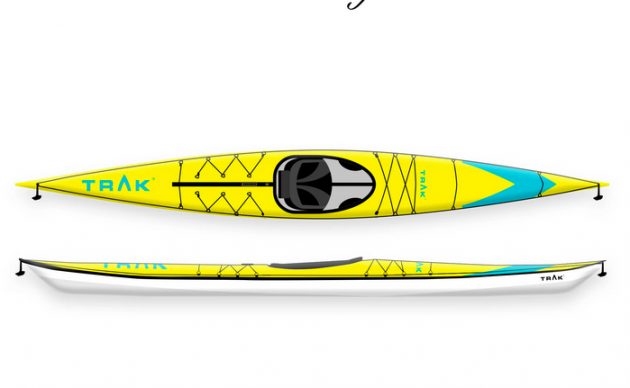 Conceived and designed in Alberta, Canada, built coastal town of Mariveles, Bataan in the Philippines, and sold all over the world, Trak make excellent folding sea kayaks. Essentially a boat in a bag, once assembled these highly transportable kayaks offer really good performance out on the water, whether you’re looking for a day playing on waves amongst white horses, or planning an expedition along a river.

The Track 2.0 is the latest version, and like its predecessor, it consists of a three-ply expedition-grade polyurethane skin with a collapsible frame made from anodized aircraft-grade aluminum, which is jacked and tensioned into place (with a few set-up options possible, depending on where you’re paddling and how you want to the boat to perform).

The best kayak brands based in the UK

Launched in 1971, Pyranha still design and build all their boats in Britain, but you’ll see them being paddled all over the world. Owned and staffed by proud paddlers they have a great pedigree and proven track record in supporting all kinds of kayaking sports and endeavours, from exploratory expeditions along remote rivers to kids’ competitions.

The highly respected brand has made everything from sea kayaks to canoes, but they are now best known for their river runners – highly nimble plastic play boats and creek boats for fresh and whitewater paddling, whether you’re tackling technical rapids and fast-flowing creeks (the iconic Ripper), pulling off freestyle tricks (the Jed), paddling a longer stretch of river or just messing around on a gentle waterway.

They also offer crossover boats that can cope with a bit of everything, from touring to technical water (such as the Ion and the Fusion) and recreational plastic sit-on-tops like the Surfjet.

Web: www.tootega.com
Best known for: Sure kayaks and sit-on-tops

Based in the waterscape of Norfolk in England, Tootega have been building boats for a wide range of paddlers since 2010. The brand takes its name from Inuit goddess who could walk on water and protected the kayak fishing fleets from the elements.

Owned by paddlers, each boat begins with a hand-drawn design and goes through a thorough testing process in the waves. The brand offers a comprehensive range of open-cockpit craft, from surf kayaks such as the Pulse through to whitewater playboats like the Catalyst, via versatile explorers (the Kinetic) and tourers (the Sector). 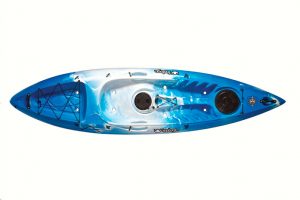 Inspired by a single craft created in Igdlorssuit, Greenland, designed and made by local boat builder Emmanuele Korneliusen and brought back to the UK by anthropologist Ken Taylor in 1959, Valley make sensational sea kayaks, highly authentic to the original boats paddled by Inuit hunters.

Based in Nottingham, the brand now offer several hard-hull kayaks in both composite and polyethylene – including the expedition-ready Etain, the ocean-going Sirona and the shorter and more nimble Gemini – but you can also still invest in the Anas Acuta, a genuine skin-on-frame Greenland kayak.

Founded by the legendary paddling pioneer Chan Zwanzig in 1986 in Steamboat Springs, Colorado, Wave Sport rode the crest of the surge of enthusiasm for whitewater paddling that gushed through the nineties.

The brand had the radical but easygoing ethos of a skate company, and Zwanzig compiled a competitive team of kayakers that included the likes of world freestyle champion Eric Jackson and a host of other big boating talent.

In 1998 the brand was brought by Confluence (who also own Dagger and Perception) and moved to South Carolina. In 2016, production was ceased in the US and now all Wave Sport kayaks are made and outfitted on the South Coast of England, and angled towards the European market.

They remain popular with whitewater and freestyle paddlers, with iconic designs including the Project X and Fuse, and river runners like the Diesel and the new Phoenix, but now also offer sit-inside sea kayaks such as the Hydra, and sit-on-tops like the Scooter X. 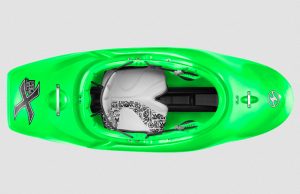 The best kayak brands based in mainland Europe

Based in Vila do Conde on the surf-stroked Atlantic Coast in the North of Portugal, Nelo makes high-performance, lightweight canoes and kayaks, mainly from fibreglass and carbon/kevlar.

Created as M.A.R. Kayaks in 1978 by Manuel Alberto Ramos (a Portuguese national kayaking champion known as ‘Nelo’ by his friends), the brand’s high-end boats are used by many elite athletes in disciplines such as K1 racing and slalom in the Olympic Games and other events (and, on the basis of medals won, it is the most ‘successful’ brand in paddle sports). But they also produce superb touring sea kayaks (such as the Ammasalik) and ocean racing paddling craft, including a series of surfskis and outriggers.

Sevylor has a history that dates back to 1948, when the company began making inflatable PVC products in post-war France. The brand began making blow-up boats in the 1950s and is now arguably the best-known and most highly regarded manufacturer of inflatable kayaks and canoes.

The range is extensive, but most of their boats are suitable for pairs of paddlers, or even trios. All of the boats are open deck, but the kayaks are designed to be used with double-bladed paddles. The boats have several chambers, to avoid catastrophic puncture problems, and typically feature a plastic keel to assist with stability and tracking. 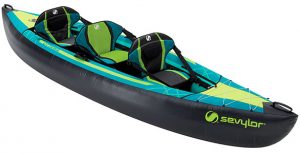 The best kayak brands based in the Southern Hemisphere

Australian designed, made and tested, Mirage kayaks have been in production since 1988. The brand, still owned by the passionate paddlers that started it 35 years ago, offers a range of extremely hardy, long-waterline, expedition-capable sea kayaks, with excellent tracking, copious amounts of storage space.

Available in fibreglass, kevlar or carbon, and all featuring plenty of storage space in front and rear sealed storage hatches, they vary in length from the 530 all-rounder to the ready-for-anything 582 tourer. The brand also produce an open cockpit craft, the 533 Freeride and two double kayaks. 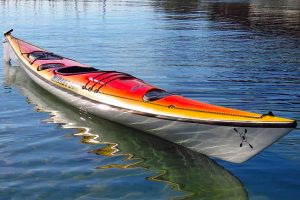 Designed and made in Knysna, South Africa, Knysna Racing construct high-end river and sea-going kayaks and skis for paddlers ranging from beginner and intermediate-level through to elite competitors.

All the boats are lightweight, but the brand use various composites to construct K1s and K2s and skis for adventurous river running, where the hulls need to be a bit tougher, and flat-water racing, where speed and performance is of the essence. They also make doubles and play skis for younger paddlers. 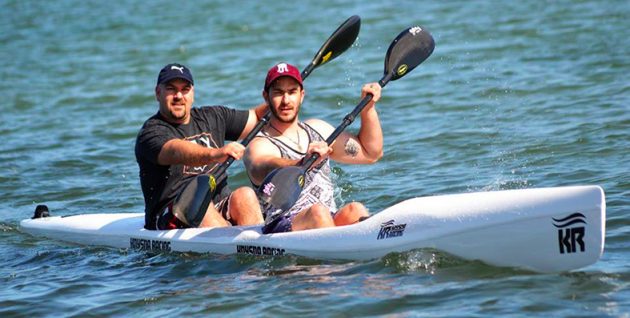 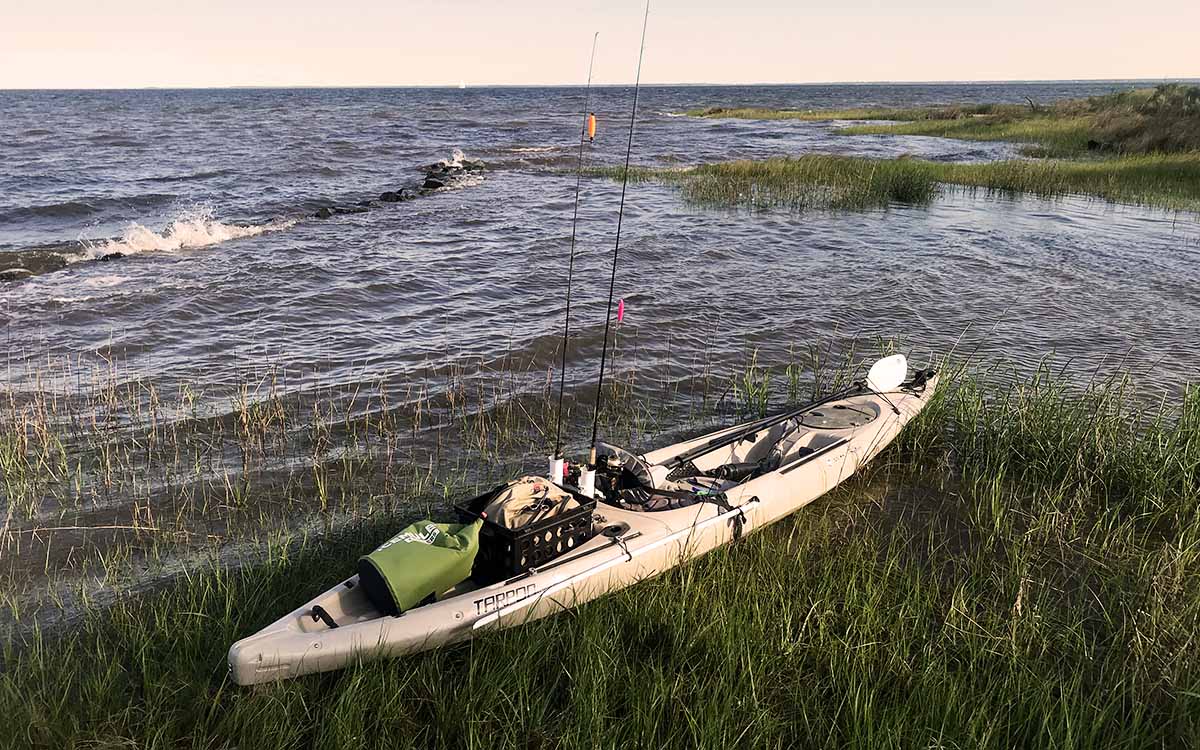 When my wife and I moved to the coast several years ago, I finally got the opportunity to use my… 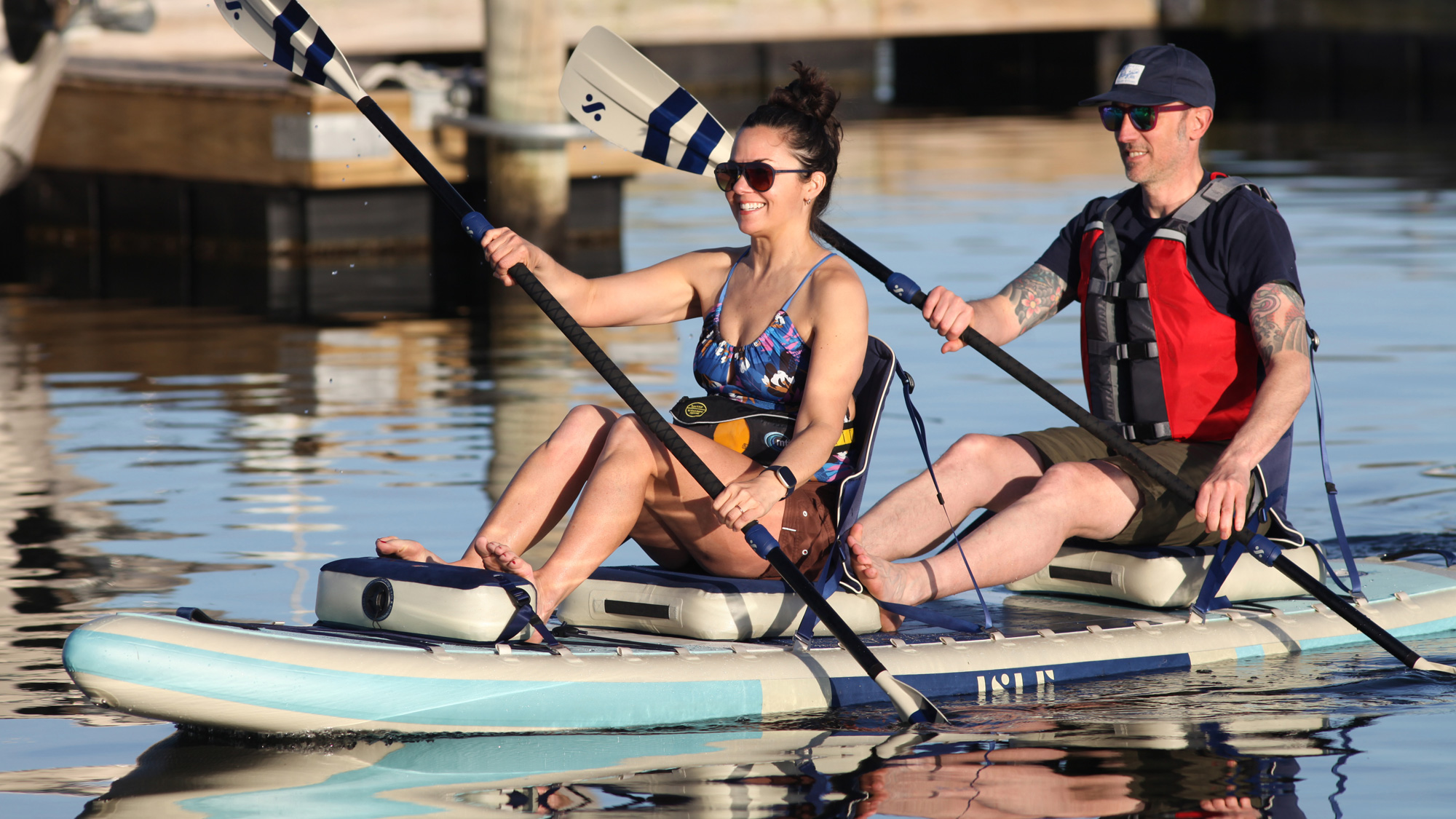 American company, Isle, a stand up paddleboard manufacturer based out of San Diego has unveiled what they are reffering to…

Top helming tips to keep your yacht balanced
Chartering a Sailboat in Mexico!
EU4 1.34 Mughals Guide – The BEST NATION For A WORLD CONQUEST
Beginners Guide to DMZ – How to Play DMZ for noobs
HOW TO START DROPSHIPPING WITH $0 IN 2023 (Beginners Guide)