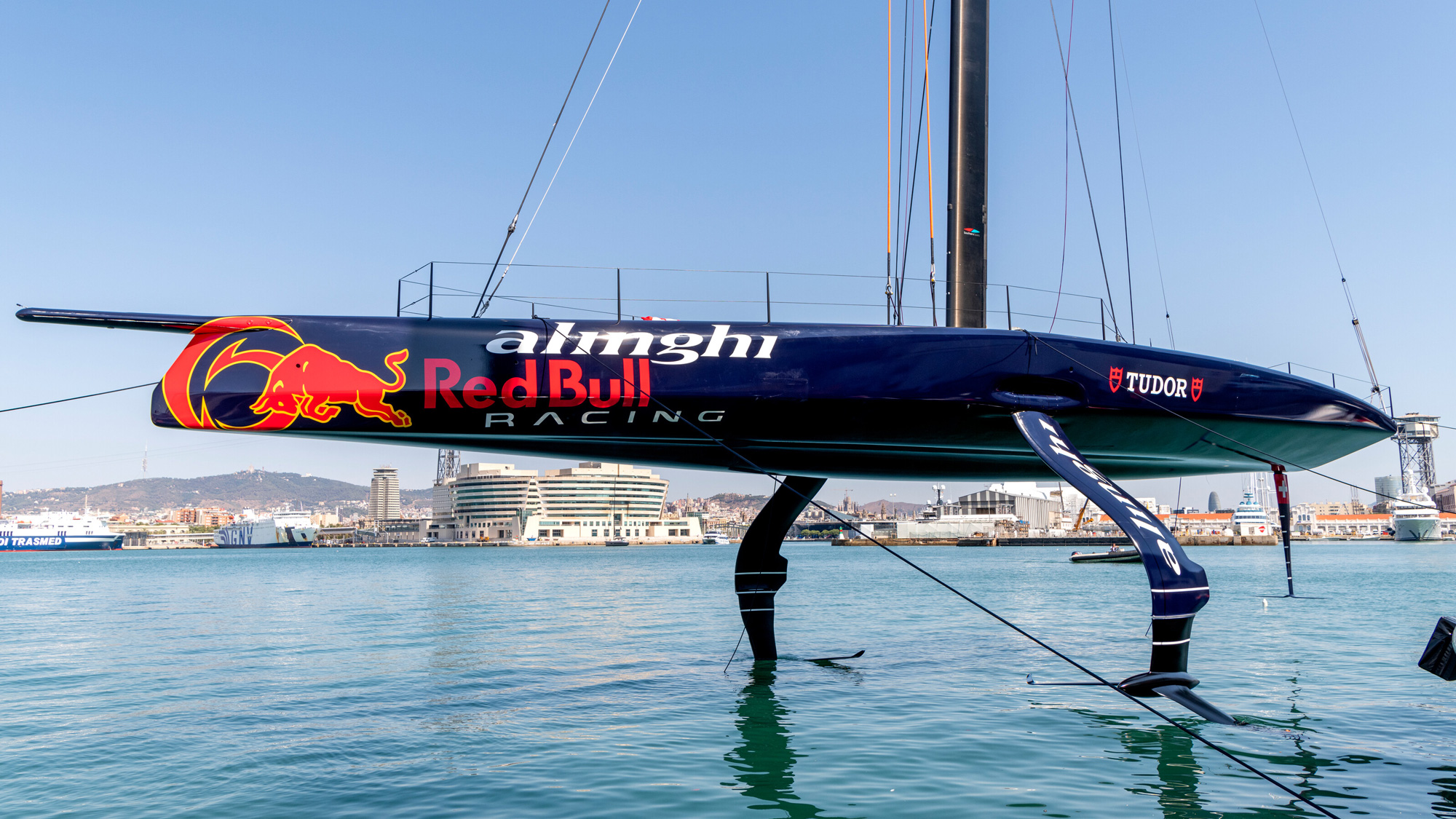 Alinghi Red Bull Racing have launched their AC75, which they will sail in the coming days as the team prepares for the 37th America’s Cup in 2024 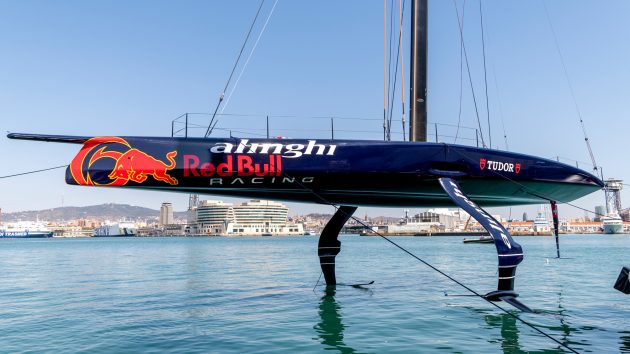 Alinghi Red Bull Racing launched their AC75 in Barcelona yesterday, Monday 8th August 2022. This is the first America’s Cup boat to hit the water since the conclusion of the 36th America’s Cup in New Zealand in early 2021, as teams begin the long build up to the next America’s Cup set to take place in Barcelona 2024.

Although this is the first AC75 we have seen on the water during this Cup cycle, it should be noted this is not a new launch. Alinghi Red Bull Racing purchased the first boat launched by Emirates Team New Zealand in the last Cup cycle – an option for teams which did not take part in the last America’s Cup. 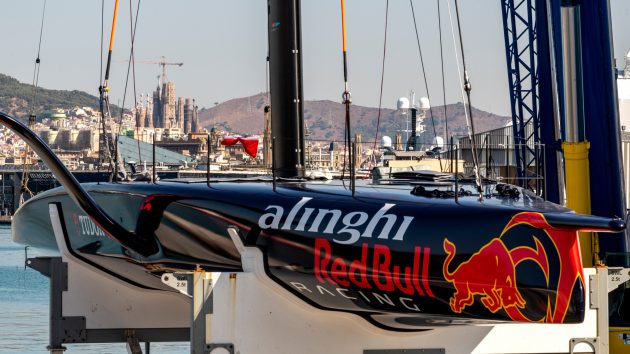 “Today symbolises the adventure that begins in Barcelona,” commented Alinghi Red Bull Racing Head Coach Nils Frei at the launch, “This first-generation boat will allow us to gain valuable training hours before we have our race boat. We are a new team sailing a boat that we are only just discovering, but to be able to train already this year is highly beneficial.

“If there is one thing that all Cup campaigns have in common, it is that you can never make up for lost time. And you never have enough of it! The preparations for this launch have given us the opportunity to learn to work together, and it is so important to be united towards a common goal in an America’s Cup campaign.”

Having purchased the boat early in the cycle from Emirates Team New Zealand, the Alinghi Red Bull Racing Team have been working flat-out to prepare the AC75 for its first sail, scheduled for later this week, subject to tow-testing and final safety preparations. 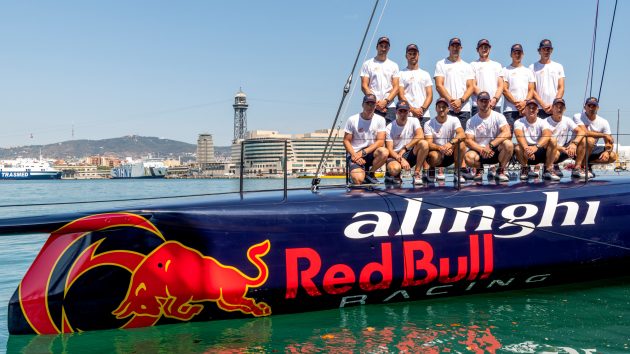 Adding vital AC75 experience to the Swiss team are two legends of the America’s Cup in the form of Dean Barker from New Zealand, a veteran campaigner, part of the winning New Zealand team in 2000 and more recently helmsman of American Magic in 2021, plus Pietro Sibello, a finalist with Luna Rossa Prada Pirelli in the 2021 America’s Cup Match.

Skipper of Alinghi Red Bull Racing, Arnaud Psarofaghis, will be helming the boat throughout the permissible training period and crew will be rotated in and out as the schedule progresses. Analysis of performance in all areas will be key and the eyes of the Cup world will be watching intently to see how this new team develops.

“BoatZero will allow us to gain the necessary experience on the AC75. Despite the satisfaction of today’s festivities, we are aware that there is still a lot of work to do to catch up with the level of the teams that raced the 36th America’s Cup. But today has given us the energy to focus on the next step: sailing,” commented Silvio Arrivabene, co-General Manager and Head of Technical Operations.

Although this boat does represent an important step for the team in terms of getting up to speed in a new (to them) class of boat, it is notable that, so far, there appear to be few signs that this AC75 has been developed in any significant way to bring it into line with the updated AC75 class rule.

From the early images the foil arms do not appear to be longer, as allowed by the new rules, and similarly there doesn’t appear to have been a change from the traditional grinding stations to a ‘cyclor’ grinding set-up, which most anticipate will be seen in the coming America’s Cup after they were effectively banned in the last cycle but have been reinstated as an option this time around.

In fact, even the now defunct bow sprit (the Code 0 sails they were to be used for have been dropped) remains in the launch images.

Of course for any new team merely getting to sail an AC75 will bring plenty of information and there do appear to be different foils on either foil arm, indicating the platform will be used as a test bed for foil design. Last cycle we saw all teams running similar asymmetric set ups early on in an attempt to validate future design choices and directions.