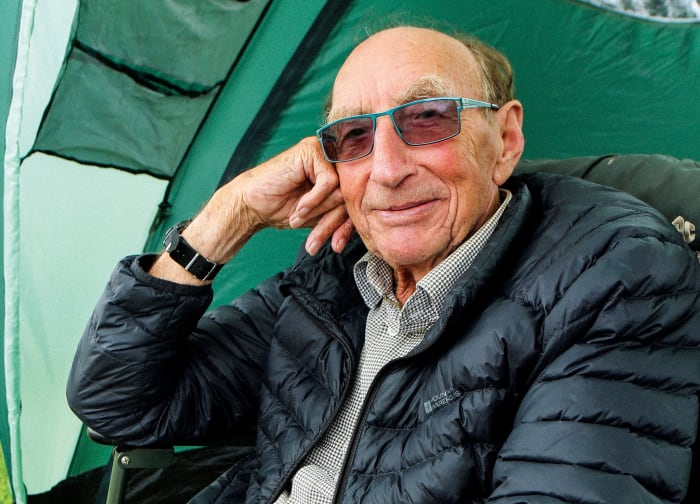 Hanneke Boon, one of James Wharram’s longtime partners, has announced that the famed catamaran pioneer passed last week after a long battle with Alzheimer’s. He was 93. In a statement posted to the Wharram website, she said “People would refer to James as the great James Wharram, the living Legend, but he didn’t see himself as such. He was aware it was his large following of builders and sailors, their beautiful boats and great voyages that created the famous Wharram World. He saw them as the real heroes.”

Wharram was best known for his Polynesian-inspired multihull designs, which developed a following in the 1970s. He was “a pioneer of catamaran sailing and a world-renowned designer of unique double-canoe catamarans that now sail the oceans. He designed for people who wanted to break out of mundane lives, gave them boats they could build at an affordable cost and gave them the opportunity to become People of the Sea like himself.”

Those interested in Wharram’s life and work should check out his autobiography People of the Sea which was excerpted in the Summer 2021 issue of Multihull Sailorand SAIL‘s 2019 profile by Sam Fortescue.

Penelope Down East – essays in singlehanded sailing
Cliff Jumping in the Virgin Islands – S5:E50
Docking Tips and Tricks
Ultims to Race Solo Around the World
SuMoth: The eco-friendly foiling design challenge for students