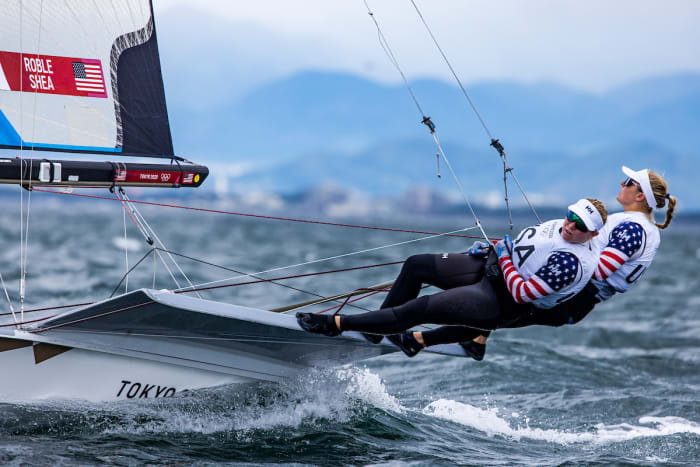 Today marks the start of 470 and NARCA 17 racing on Enoshima Bay, and racing in the other seven fleets is already underway. A few of the American sailors are already off to an impressive start, with Maggie Shea and Stephanie Roble currently in second place in the 49er FX, Luke Muller in 7th in Finns and Pedro Pascual in 9th place in the RS:X fleet.

Racing will run from July 24 to August 4 on six courses on Enoshima Bay. Ten classes will take part in the event: RS:X (men), RS:X (women), Laser Full Rig, Laser Radial, Finn, 470 (men), 470 (women), 49erFX, 49er and Narca 17. Team USA has athletes qualify in all but the 49er class. Here are the representatives from Team USA in each event:

Racing for most days will be broadcast at 11pm ET/8pm PT. If you have cable, you can watch the games through NBC’s Olympics website. If not, they’ll still allow you 30min of watch time for free. NBCUniversal’s streaming service, Peakcock, will stream highlights of events without a paid subscription.