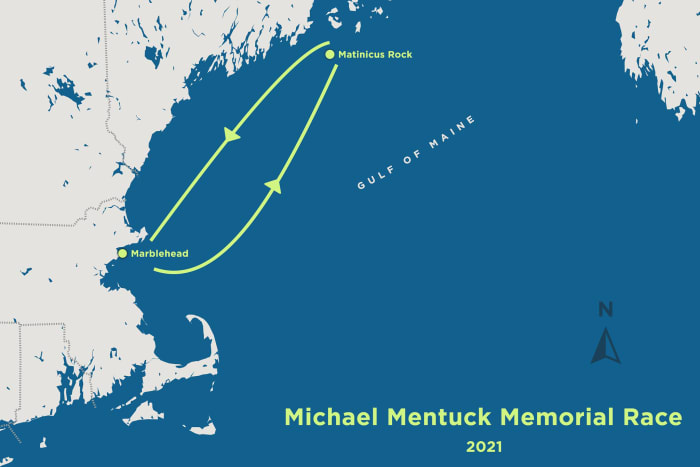 After concerns about the closed border between the United States and Canada forced race organizers to cancel the biennial Marblehead to Halifax Race, The Michael A Mentuck Memorial Ocean Race was born. This event, kicking off on July 8, is named for Michael A. Mentuck, a past Commodore of the Boston Yacht Club and an honorary member of the Royal Nova Scotia Yacht Squadron (the joint hosts of the Marblehead to Halifax). Though the new event will replace the sprint up to Halifax on this year’s calendar, race organizers plan to continue the event during off years in the future.

The Mentuck Memorial Ocean Race comprises a 253-mile course that remains closer to shore so as to be more accessible to boats that aren’t regulars on the off-shore circuit.

“We’re cooking up a phenomenal race which will send sailors to Matinicus Rock off the coast of Maine,” says said Bruce Baker, Vice Commodore of the BYC and chairman of the race. “The start is moved up to Thursday evening July 8th so we can finish back at the Boston Yacht Club for a great, safe awards party.”

Lagoon 400 Catamaran Tour and Walk Through
Sail Life – New dive compressor and port in Porto 🍷🤿
Top helming tips to keep your yacht balanced
Living Off the Land in The Bahamas with my Pregnant Girlfriend. Ep. 185
Boat Review: Fountaine-Pajot Aura 51