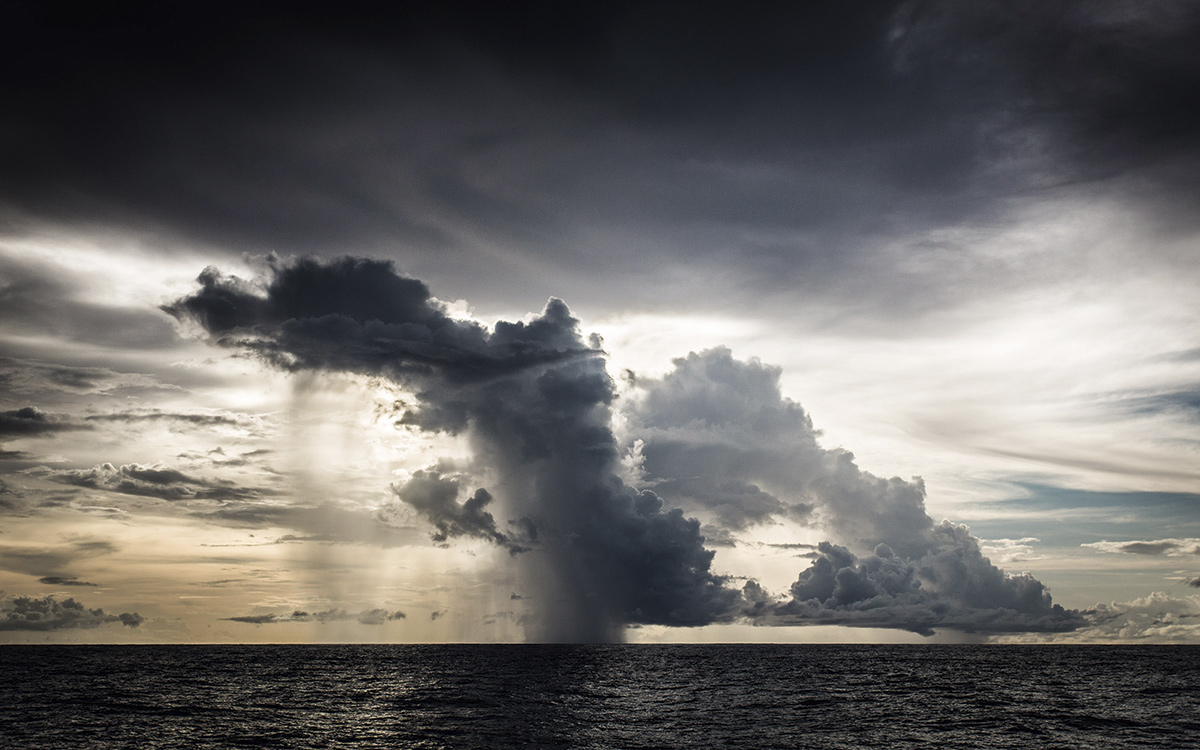 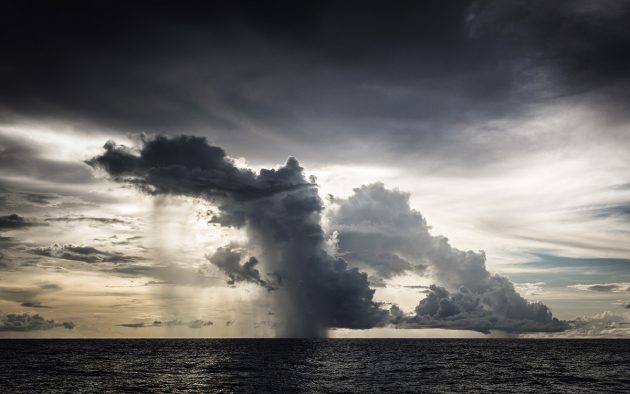 Squalls are the school bullies of the ocean. But, like all bullies, your best bet is to outsmart them – and that means knowing where they form, how to avoid them and what to do when they turn up uninvited.

Sailing west across the Pacific to Tahiti we’d had persistent squalls for several days, but they had all been fairly benign. We’d diligently dropped, repacked and re-hoisted the spinnaker three times in one afternoon for squalls that turned out to be a complete non-event, so I finally gave in to the temptation to just leave it up.

At the last minute a wall of white horses appeared under the cloud and we scrambled to drop the medium-weight symmetric. We bent a stanchion in the rush, but otherwise the drop went smoothly, although I was kicking myself for leaving the spinnaker set.

The World Meteorological Organisation defines squalls as ‘a sudden increase of wind speed of at least 8m/s, the speed rising to 11m/s or more, and lasting for at least one minute’. In other words, a 16-knot increase.

Squalls are caused by updraughts of air into the atmosphere. They are smaller and more localised than cold or warm fronts, but bigger than isolated showers and gusts, for instance as seen on and around land.

Squalls are made up of a complex combination of updraughts and downdraughts. Broadly speaking they suck in the air from in front and behind and spit it back out in the middle. The leading edge of the squall is usually the most violent in terms of wind, with a feature known as a ‘gust front’ and the likelihood of big changes in wind direction.

As it passes overhead the squall brings intense rain from a cumulonimbus tower. This will gradually be replaced by drizzle from stratus clouds on the trailing edge of the system. Once the gusts have gone through there is often a period of complete calm before the prevailing wind fills back in again. 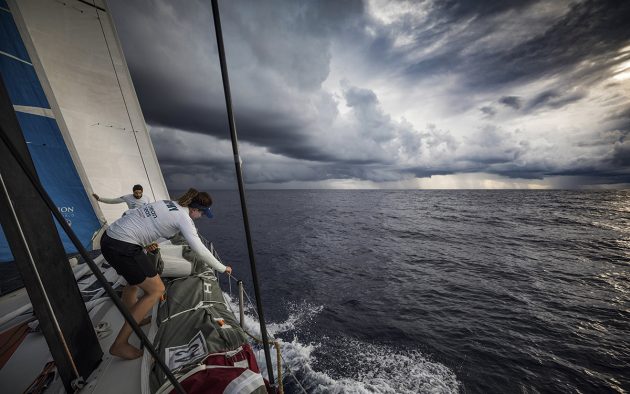 Squalls on the horizon: the crew of Turn the Tide on Plastic prepare to reduce sail during the 2017/18 Volvo Ocean Race

Squalls are often arranged in lines because they’re self-generating systems: new cells develop in front of the mature cells and the old cells at the back of the line die off. If you find yourself at the start of a squall line, watch out because the larger cells may be yet to come.

Squalls are often associated with tropical tradewind sailing because they rely on a ready supply of warm, moist air in order to develop. In the tropics they travel westwards with the easterly tradewinds. 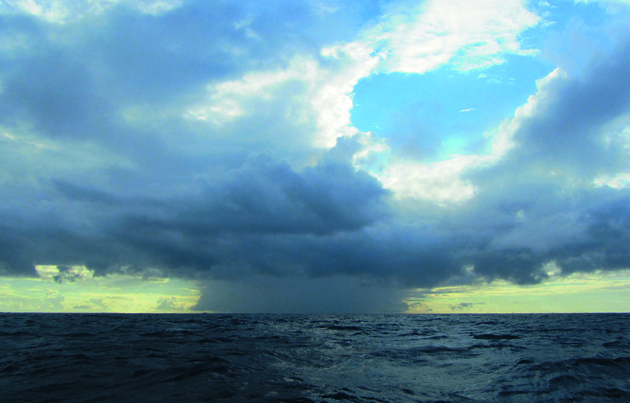 This may be due to the fact that yachts on that route usually set off north of the squall belt but converge with it as they drop south throughout the passage.

Transatlantic sailors should guard against a false sense of security as conditions start off relatively stable, but a week or so into the passage the squalls arrive.

Globally they’re most prevalent in the Inter Tropical Convergence Zone, or ITCZ. If you’re crossing it the best advice is to identify its narrowest point and have plenty of fuel available because between the ferocious squalls there are long periods of calm.

Since they’re convective, squalls are easy to identify from a distance by their tall, towering clouds, which sometimes contain lightning activity. The heavy rain underneath is clearly visible from a distance and on radar.

As a general rule of thumb the taller the cloud the stronger the rain and wind but there are plenty of exceptions to this. The likelihood of being caught by a squall can be assessed by its bearing: either visually or on radar.

Usually eyeballing them against a stanchion does the job and you’ll soon know whether it’s passing ahead, astern or converging with you. 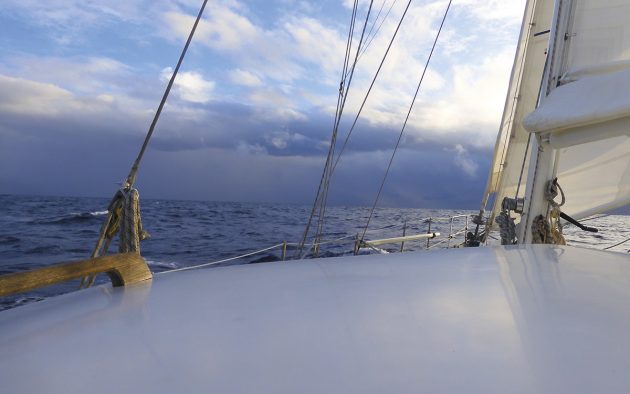 Squalls on the horizon

At night radar is a useful alternative: set up a Variable Range Marker (VRM) and Electronic Bearing Line (EBL) to monitor their position. If they’re isolated you can often change course to avoid them by hardening up or bearing away 10° early on. It may sound inefficient to zigzag around squalls, but if you’ve got a complex downwind rig with gybe preventers and poled-out headsails set up, it’s a lot less effort than taking everything down for ten minutes of fury, then putting it all back up again.

Aside from shredding your spinnaker, one of the biggest hazards of squalls is a knockdown. Angle of heel is a key metric in determining how vulnerable you are to a squall: if you’re already heeled over at 20° then a big squall is more likely to knock you over to a severe angle.

This is because the pressure on the sails increases disproportionately to apparent wind speed. The pressure exerted in 16 knots of wind is 4.2kg/m², in 22 knots it is 8kg/m². Hence a 40% increase in wind strength will double the pressure in your sails.

This doubling of wind pressure is the definition of a gust. Gusts are something we can reasonably expect to see in normal sailing conditions, but a squall is defined as a 16-knot increase in wind speed.

If you’re reaching in 10-15 knots of apparent wind and a 32 knot apparent wind squall arrives this is much more than a big gust. In this scenario the pressure on the sails increases by 400%, which is pretty intimidating. 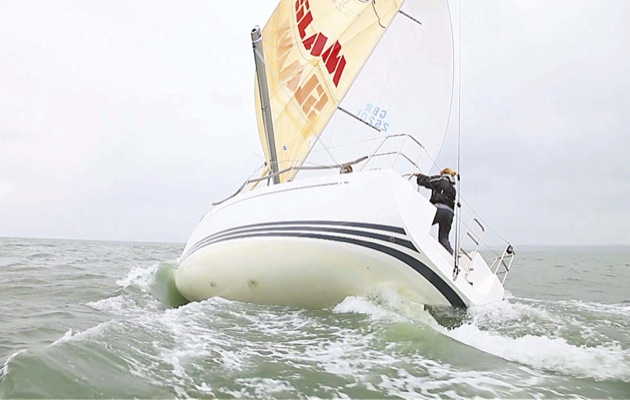 Another reason squalls are so difficult to negotiate is that the wind doesn’t just increase, it also shifts unexpectedly so what was a comfortable broad reach can suddenly become a dead run or a close reach. The dead run puts you at risk of a crash gybe, and the close reach immediately increases your apparent wind speed.

Given that we can’t control the mean wind speed, our only option when a squall approaches is to behave as though we already have 20-25 knots of apparent wind: in other words put in a reef or two, furl some headsail and make sure the helm is alert to wind shifts.

Most people choose to run before a squall keeping the apparent wind speed down and holding a comfortable broad reach, wherever that may take you. But there is a school of thought that heaving to or hardening up will allow the squall to pass through faster.

It’s a decision for each skipper to make depending on the circumstances. In areas of persistent squalls with intermittent lulls it is much easier on the crew and vessel to reef down and put the engine on: sail through the squalls and motor through the light airs.