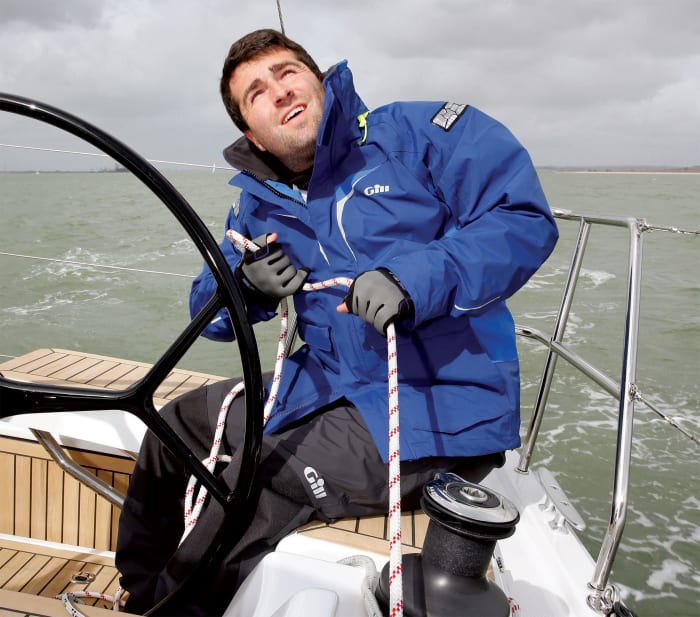 Since the invention of rope, there has also been a need to belay or secure it. Every sailboat has rope on board so, unless you own a superyacht with captive reels or winches, you’re going to have to find a way to make it fast.

(As a side note—and before you reach for your nearest keyboard to email the SAIL office claiming, “There is no rope on a boat”—there is, in fact, rope aboard a sailboat. Rope is the product made by rope makers, and in the same way windows, windshields, and wine bottles are made of glass, lines, halyards and sheets are rope. When we talk about “rope-holding devices,” we are talking about holding the product, not a specific line.)

Of course, we all still use that most primitive of rope-holding devices, the cleat, especially when the loads involved can be managed by hand. However, while cleats can be adjusted, it takes time to untie and retie them, which is why, although, we still use cleats for things like mooring lines that don’t need frequent alteration, for most control lines onboard, they are a thing of the past.

For lightly loaded control lines that don’t require winches, it’s possible to use cam cleats, like those made by companies such as Harken, Barton and Ronstan  These are typically composed of a pair of spring-loaded cams that grip either side of the line. The beauty of a cam cleat is that as the load on the line increases, the cams’ pressure and grip increase as well.

Various fittings and fairleads can be attached to cam cleats to keep the line close to the cleat and secure. However, lift the line or accidentally knock it upward at the wrong moment, and it will scuttle off along the deck. For this reason, even for lightly loaded lines (such a headsail furling lines), you may want to consider a clutch. In general, cam cleats are great for lightly loaded or thin-diameter lines: barber haulers, genoa track adjustment lines, cunninghams or even just holding lines temporarily if you’re short-handed.

As loads increase, and unless you have a winch for each and every one of your sheets and control lines, you’re going to want to start thinking about a jammer or a clutch. But what is the difference? A jammer is designed for high-load applications (superyacht jammers can have a safe working load, or SWL, over 26,000lb) and can’t be released under load. Clutches, on the other hand, can be released under load, but are typically not as strong. In practice, when using a jammer, the load is first removed by taking in on the appropriate winch until the line taut. With a clutch, on the other hand, you can just let the line go—handy for, say, a speedy spinnaker takedown—although, as Spinlock s James Hall says, “Just because you can do it, that doesn’t mean you should…Our XXC model, for example, can release at over 2,300kg (5,000 lb) but repeatedly releasing a rope with over two tons of load on is not good for boat, rope or crew.”

In terms of the exact mechanisms used to secure the rope, these can vary depending on the model and manufacturer. However, they all operate in much the same way. Specifically, in the “open” position both jammers and clutches will allow a line travel in and out. But in the locked, or closed, position, while they will still allow the line to be pulled in, they will not let it out. Both also allow a line to be locked in position while it is under load.

Most boats from 30 to 40ft will have a range of different-sized clutches, depending on the loads and the rope diameter in use. As you get to LOAs of 50 to 55ft, though, you’ll start to see more jammers, for things like halyards and headsail sheets, with clutches managing things like travelers and vangs. At 65ft and up, jammers start to become commonplace, especially on raceboats.

For clutches holding low- to mid-range loads most manufacturers will employ a kind of internal cam arrangement to hold the rope. In the most basic (and cheapest) versions, the cam is actually part of the handle—to release the line simply raise the handle, to lock the line the handle must be firmly pushed onto the line to grip it. Most clutches, though, employ a spring-loaded cam that is lifted clear of the line by an articulated lever when you want it to run free and then pressed up against the line when you want it grip. Similar to one side of a cam cleat, the advantage of this kind of spring-loaded approach is that it will grip and stop the line traveling in one direction while letting it pass in the other when it is closed.

Beyond that, for mid-to high-load applications (around 1,100lb to 5,000lb), each manufacturer has its own take on the best way to solve the rope-gripping conundrum. The reason for this is that as loads increase a larger contact area is needed for increased holding power. A larger gripping surface is also kinder to the rope because it does less to distort or unevenly compress it.

Similarly, Lewmar employs what it calls its Domino system, which uses a number of holed, hinged levers to grip the rope. When the levers are vertical the rope passes through freely. But as the connected levers are angled, it forces the rope to snake between them, gripping it firmly. Any kid who has stuck their finger in a ring spanner when handing it will testify as to how well this works.

In yet another approach, Spinlock uses long, textured dished-jaw grips for its mid- to high-load range of clutches and jammers. In this case, the jaws are arranged in a V pattern with bearing surfaces located above and below the rope, so that as the rope comes under load it pulls the jaw into the V, thereby increasing the jaws’ pressure and grip.

In a bit of a twist, Spinlock and Ronstan also both manufacture clutches that employ a constrictor mechanism similar to the one found in the classic Chinese finger-trap toy. Using this approach, the rope passes through a long, braided outer sock, which is kept under tension by bungee in the case of the Ronstan Constrictor and by an outer spring in the Spinlock XTX. A release line takes the tension off the sock to allow the rope to pass back and forth. Let off the release line, though, and the sock is pulled taut and it grips the line. Though unconventional, these kinds of clutches have a lower profile than clutches employing levers and are also especially kind to rope. On the downside, they need more room lengthwise since the textile sock has to be long enough to grip the rope effectively. However, because they are released using a piece of line as opposed to a handle, they can also be operated at a distance, allowing them to be creatively mounted in places like mast extrusions.

Finally, there’s the KJ jammer line from Karver  available in both aluminum and carbon variants. As is the case with the two constrictor clutches, a KJ jammert can be operated remotely by using a line to hold the locking mechanism open, enabling the jammer to be fitted where it’s needed to minimize rope stretch. The jammers are also robust. Each jammer is set into a conical body and includes a set of three interlocking jaws that serve to compress the rope evenly as it is secured. According to Karver’s Tanguy de Larminat, the approach has proved an especially effective one at managing both rope wear and slippage, even under very high loads.

In the end, choosing between a clutch and a jammer will mostly depend on the working load the line will experience. Again, for high-load applications, a jammer is the best choice, as jammers have a higher maximum working load, and there is less risk of damage as a high-loaded line cannot be accidentally released. For mid-load applications, if you think you’d need or want the ability to release the line under pressure, and like the peace of mind knowing you can douse a spinnaker instantly, opt for a clutch. If the line will be held under load and won’t need a quick release, then you could opt for a jammer, with the added knowledge that no one will be able to let it off without putting it on a winch first.

Along these same lines, bear in mind that rope will narrow and elongate under load, which can affect your calculation and performance as well. “When you load up the line it shrinks a little, stretches a little. A 10mm diameter line under load, for example, can shrink to the mid-9s,” says Mike Vellucci of Euro Marine Trading Inc., which markets the Antal line in the United States.

Once installed, jammers and clutches don’t need a lot of maintenance. The occasional hose-down will help rid them of rope fibers, any debris the rope has picked and any other grit or salt. When you service your winches annually (which of course you do!) it’s worth inspecting your clutches as well and lightly greasing any bearing surfaces, all of which will be identified in the manual.

In the event you ever upgrade or replace your lines, bear in mind your rope clutches might not be designed for thinner line diameters, higher loads or the fancy slippery outer braid on the new rope. Beyond that, most spare parts or upgrades are easy to come by, so if the jaws get worn or lose their grip they can be replaced. Likewise, if you need to upgrade your rope clutch there are plenty around to suit whatever your budget is.