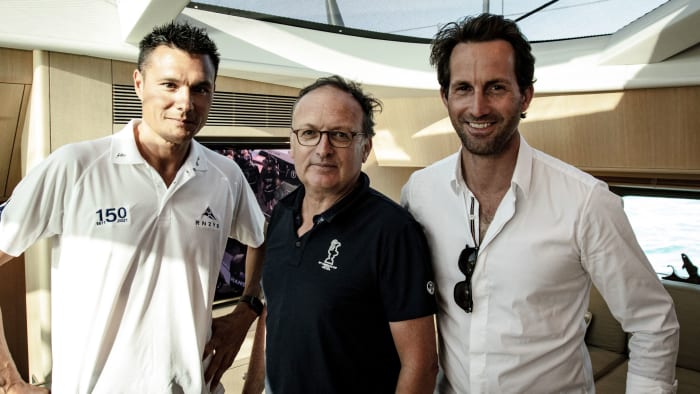 Less than 48 hours after the final race of the 36th America’s Cup, the Brits have challenged Emirates Team New Zealand to another go. “The 37th America’s Cup effectively starts the moment the team crossed the finish line on Wednesday afternoon,” said Emirates Team New Zealand CEO Grant Dalton. “It is very exciting to have a new Challenger of Record to continue to build the scale of the America’s Cup globally. The AC75’s and the unprecedented broadcast reach of the exciting racing from Auckland’s stunning Waitemata harbor have really put Auckland and the America’s Cup at the forefront of international sport.”

The next edition of the race will look similar to the last one, again sailed in AC75s with a specification that each team may only build one new hull. Also like this year, nationality rule will be in place mandating that all team members hold a passport from the country they’re sailing for or have lived there for at least two of the three years preceding the Cup. However, the Challenger and Defender still have plenty of work including venue, which was a topic of much contention during the 36th America’s Cup.

“It is great to once again have the Royal Yacht Squadron Racing involved, given they were the first yacht club that presented this trophy over 170 years ago, which really started the legacy of the America’s Cup,” said Royal New Zealand Yacht Squadron Commodore Aaron Young.”Along with Emirates Team New Zealand, we look forward to working through the details of the next event with them.”

Black Friday Kayak deals: Our pick of the best bargains
Chartering a Sailboat in Mexico!
$50,000 SAILBOATS! Part One – Ep 189 – Lady K Sailing
sailing tutorials
HOW TO START DROPSHIPPING WITH $0 IN 2023 (Beginners Guide)