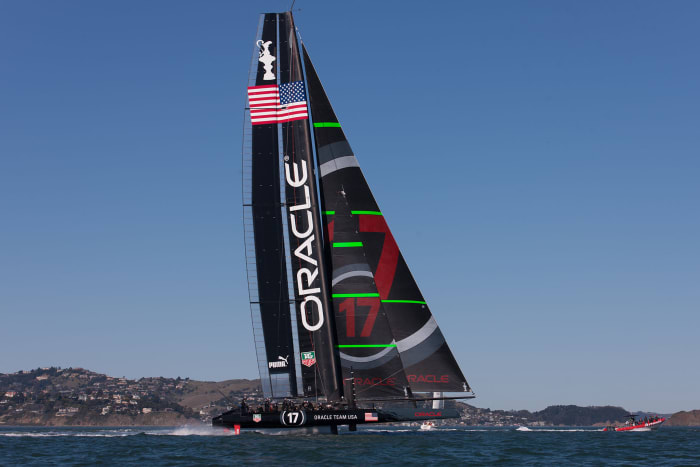 The schedule for the PRADA Cup has been revealed as a multitiered extravaganza featuring over a month of racing, stretching from January 15 through February 22. First, the three teams—American Magic, INEOS Team UK and Luna Rossa Prada Pirelli—will face off in a 12-race, six-day round robin with each boat racing each other boat four times. The winner will automatically move on to the finals, while the second and third place teams will enter a best of seven semi-final, with the winner advancing to the finals. The finals will be won by the first team to seven wins.

This, of course, means that a team could lose every race in the round robin and still go on to win the Prada Cup. As there were limited opportunities to face off leading up to the Cup (two of the three America’s Cup World Series events were cancelled due to Covid), the inconsequential round robin section may serve as a sort of practice session for the teams, not to mention dragging out the proceedings for maximum spectacle.

Also stipulated in the announcement were the course specifications, namely a 1-2nm windward-leeward. After the disastrously calm Christmas Race during which the AC75s struggled to get foiling, a wind range of 6.5-21 knots has been set for the round robin. The upper range will increase to 23 knots for the final.

Natural Jacuzzi in the BVI
Sail Life – Live updates during the Atlantic crossing (how to get them)
How did early Sailors navigate the Oceans?
Sailing to the last Icelandic port before Greenland I Chapter 6
How I Make Top Selling T-Shirt Designs 2023 (No Skill)