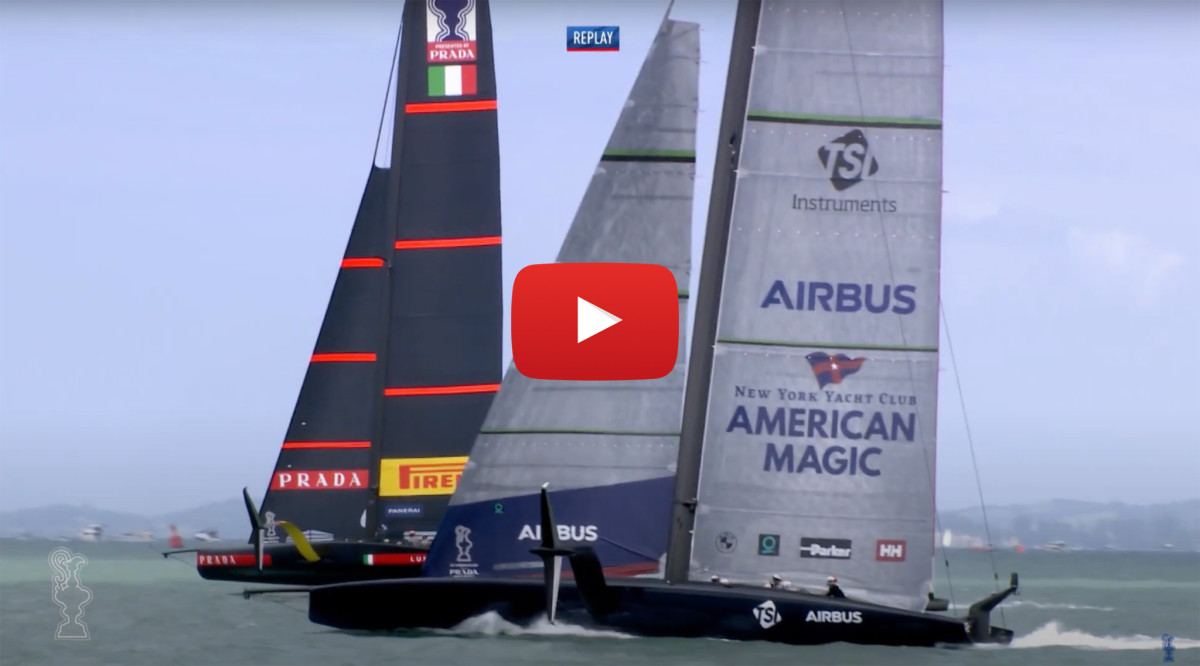 Day two of the America’s Cup World Series brought more outstanding racing with two matches between the Americans and the Italians and two between the Brits and the Kiwis. By day’s end, the scores stood at three wins apiece for American Magic and Emirates Team New Zealand, two points for Luna Rossa Prada Pirelli and love for INEOS Team UK.

The key to this generation of America’s Cup racing is consistency in boat handling. With boats achieving super speeds (Emirates Team New Zealand set the record on day one at 49.1 knots) on short courses, a single bad gibe or extra moment off the foils will cost a team the race. Throughout the first day, American Magic took advantage of this, remaining consistent while slip ups from the competition put them ahead.

However, on day two they saw the ugly side of this tactic, executing a bad tack right off the start of the day’s first race against Luna Rossa Prada Pirelli, nearly tipping Patriot. They were unable to make up the ground over the course’s remaining six laps, resulting in their only loss in the series so far and a major boost for Luna Rossa Prada Pirelli.