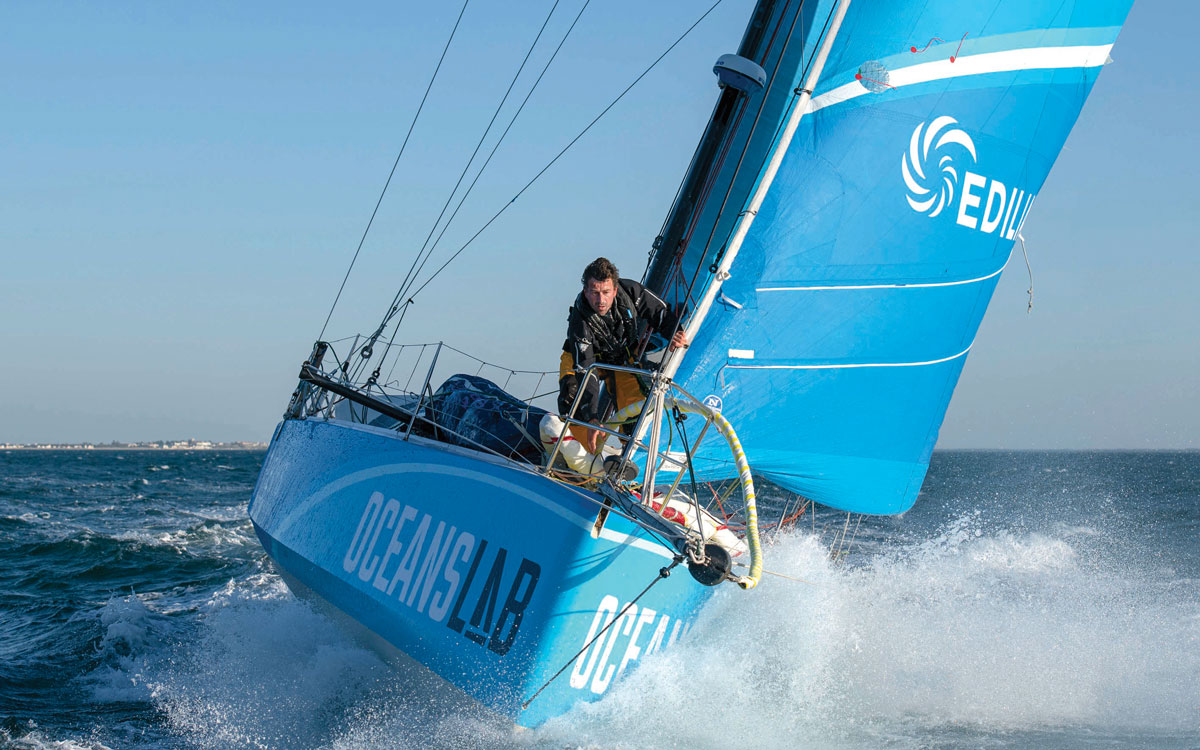 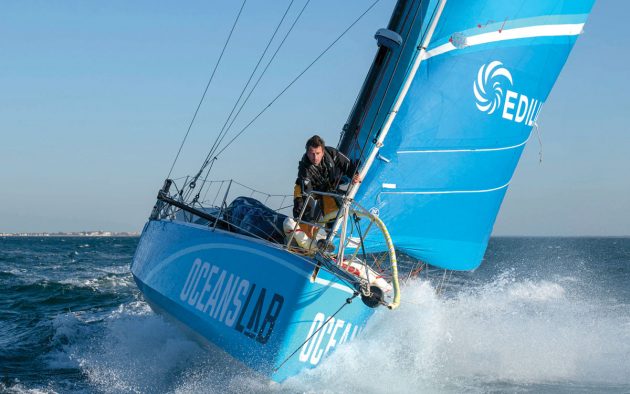 Nearly a decade ago there was plenty of talk about hydrogen fuel cells becoming the carbon-free future for the automotive industry, yet we rarely hear about it now. So what happened?

There are a number of reasons, including lower initial costs for battery powered vehicles in the early part of the electric vehicle revolution, and the high cost of platinum needed as a catalyst for fuel cells, which put the brakes on their adoption.

However, there are currently huge environmental and human costs in mining the cobalt used in lithium ion batteries – one of a number of factors that will make it difficult to scale existing technology up to several multiples of today’s level of production. 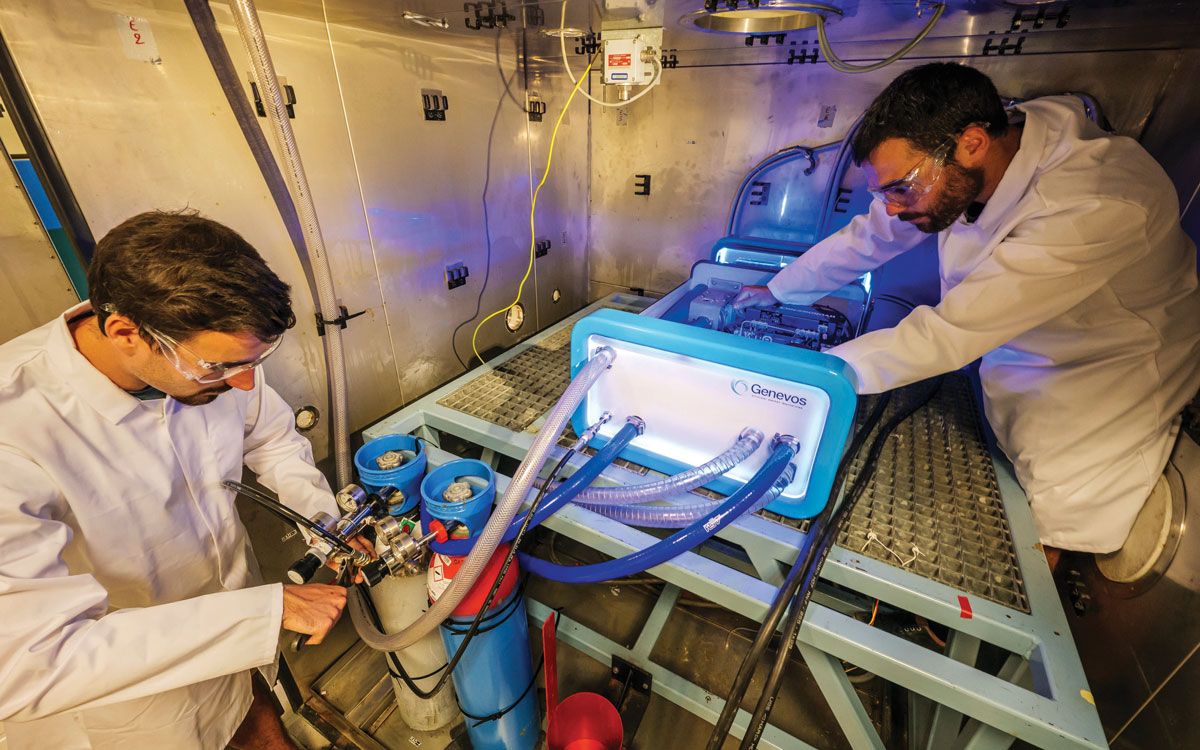 Much hope for the future is pinned on improved battery chemistry and eye-watering amounts of money are being poured into this, but any potential game changing developments are still at the research stage and remain some way from becoming a commercial reality.

Lack of media attention, however, has not slowed the development of hydrogen power, which is widely seen as being easier to quickly scale up to many times the current level of production than battery power.

In October this year the French government, for instance, announced a €7 billion commitment to create 6.5 gigawatts of hydrogen power capability by 2030. That’s equivalent to the total output of all six gas turbine power stations commissioned in the UK in the last decade. 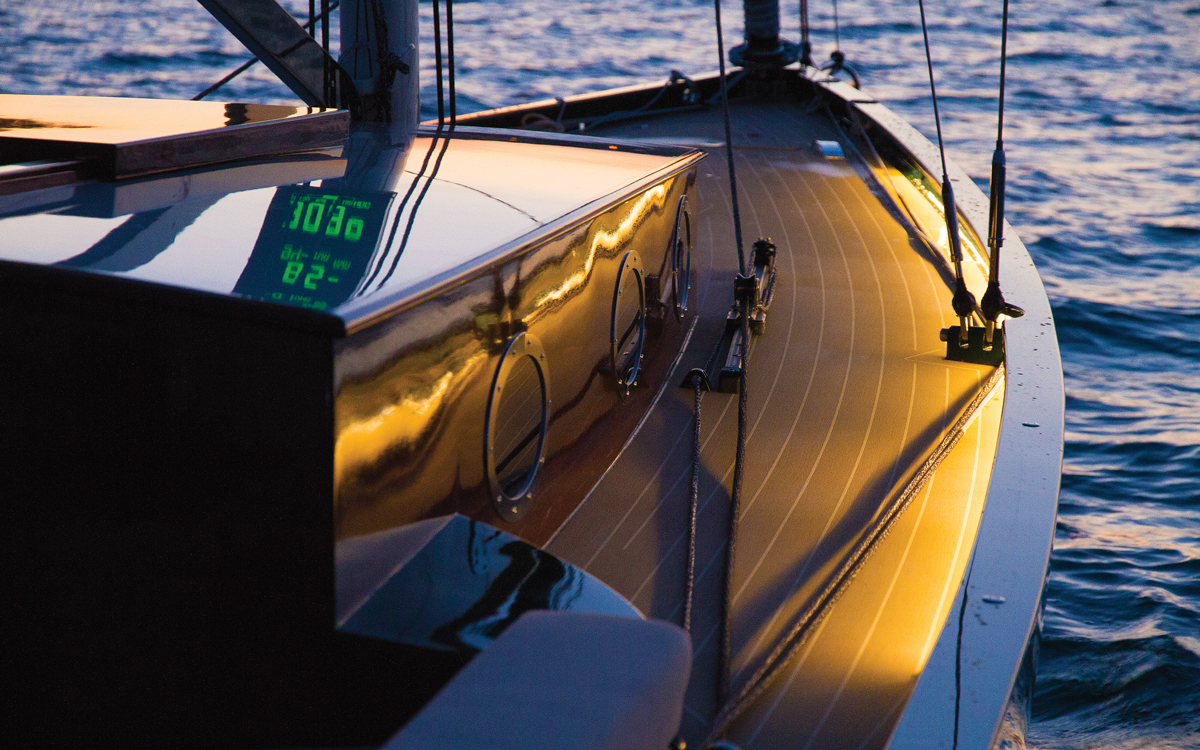 Every sailor is familiar with the wet cough of the diesel engine, and the acrid smell of its exhaust. For… 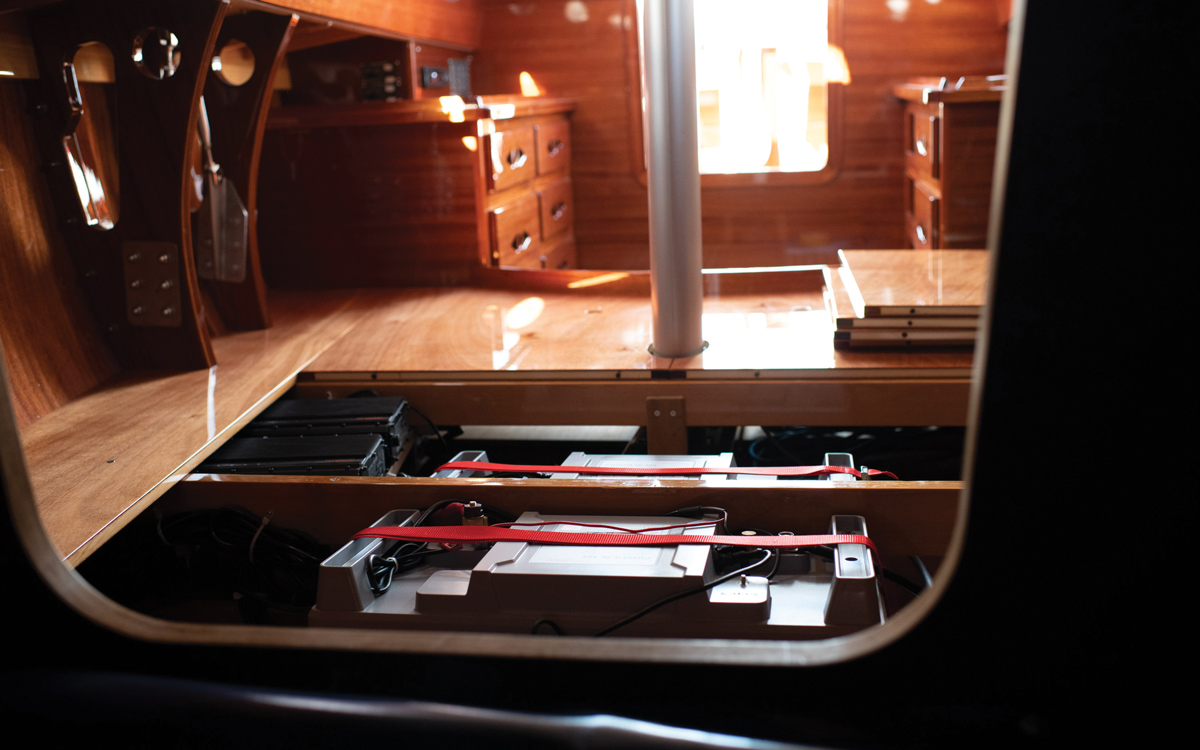 Larger new cruising yachts, especially those at the quality end of the market, have been routinely fitted with lithium boat…

Equally, American engine and power plant manufacturer Cummins has a 20 year history of developing hydrogen fuel cells. Its latest move, announced in September, was the acquisition of hydrogen generation and fuel cell manufacturer Hydrogenics in a US$290 million deal. At the same time, infrastructure for hydrogen is improving across Europe, albeit from a low base, and BMW, Toyota and Hyundai all have hydrogen powered cars in the pipeline.

Hydrogen fuel cells are no longer technology that will become available at some unspecified time in the future – they’re here today. Canadian fuel cell specialist Ballard Power Systems, for instance, has already supplied systems for vehicles that have travelled a cumulative 20 million miles.

Why is this relevant to sailing? The leisure marine industry is tiny by comparison to other sectors, so doesn’t have the resources to develop technologies from scratch. However, good ideas from other fields can be adapted and harnessed for use on board.

Hydrogen gas is in effect stored energy and therefore requires a significant energy input to create it. The production of green (ie. eco-friendly) hydrogen therefore requires renewable sources of electricity such as wind and solar and can be rapidly ramped up and down to smooth peaks and troughs in the output. 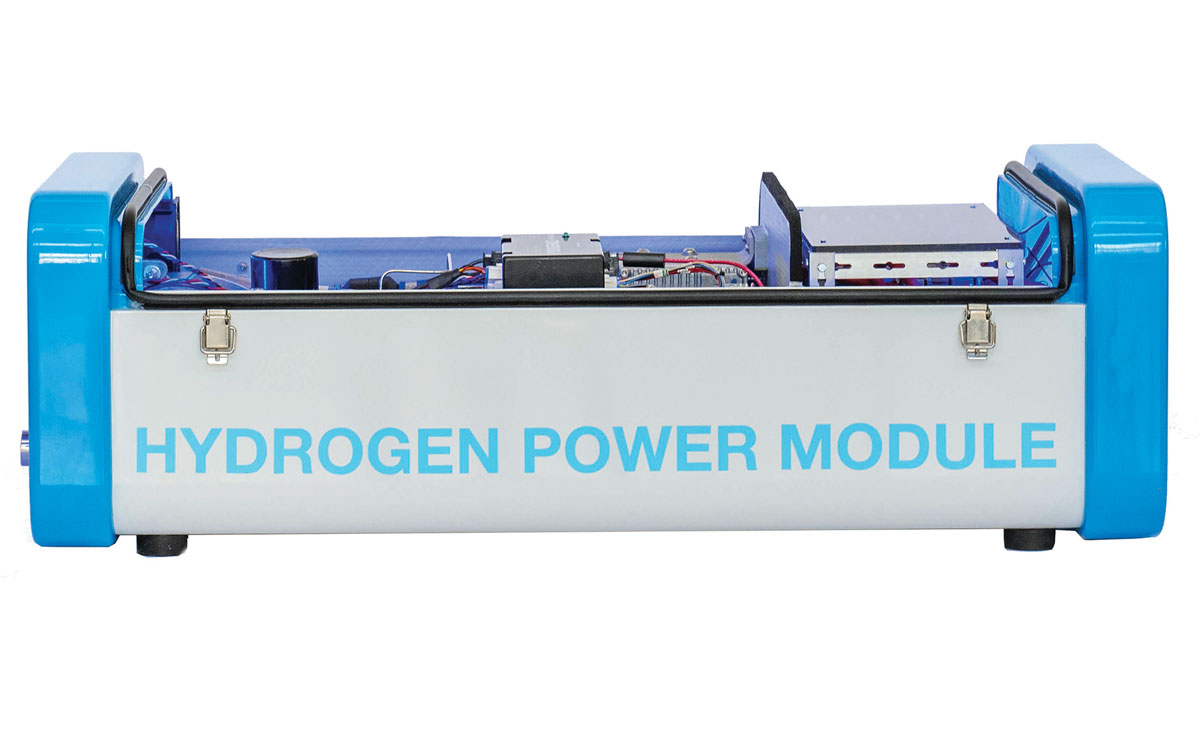 Successful solo offshore racer Phil Sharp is at the forefront of developing hydrogen fuel cells for yachts. His 8kW HPM-8 (Hydrogen Power Module) is of a size that will solve range problems for yachts of around 40ft with electric propulsion motors of up to 15kW.

“The idea is it will act as a significant range extender for boats with electric propulsion,” says Sharp. The standard battery bank can therefore be used for propulsion over short distances, such as entering and leaving port, and can be replenished with regeneration while sailing, via solar power or when next in port and connected to shore power. The hydrogen power can therefore be kept in reserve for motoring greater distances, such as sailing across the Channel when there’s no wind.

Equally, the HPM-8 is a suitable size for larger yachts to use as an auxiliary generator. Sharp started optimising this unit around the needs of the IMOCA 60 and Class 40 rules, with the idea that these vessels would provide excellent test beds and proof of concept for a rugged, marinised hydrogen fuel cell. 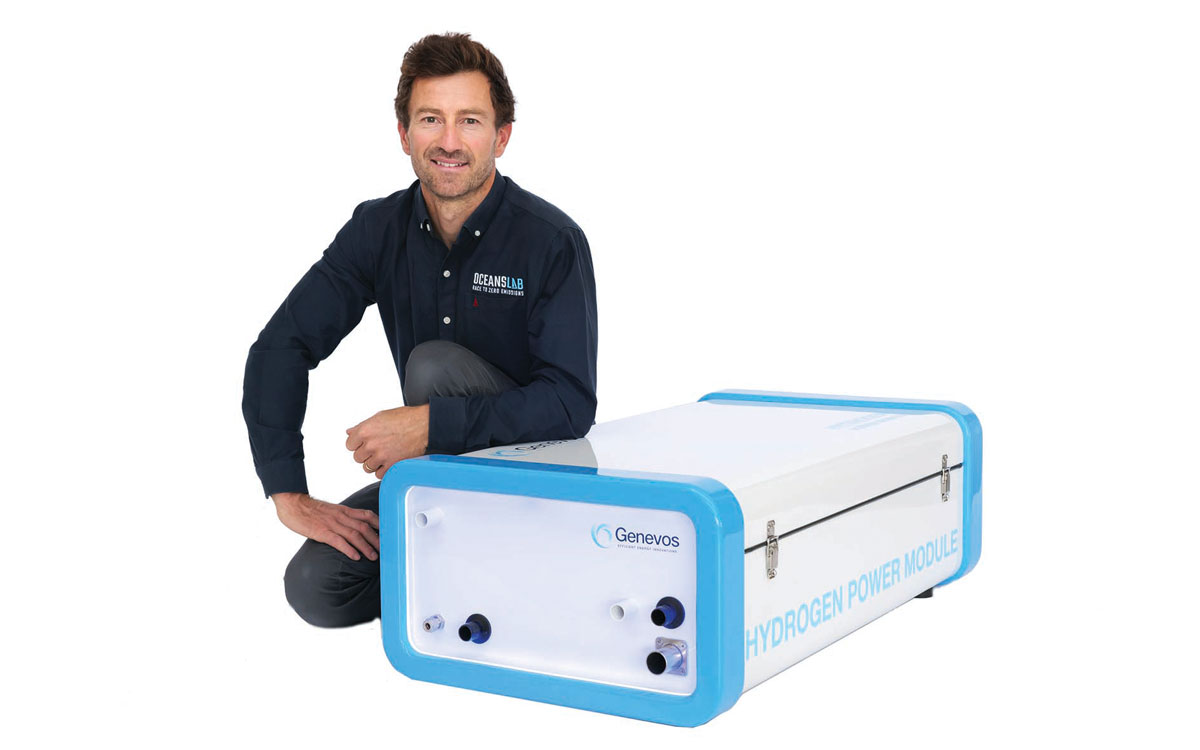 All components are neatly contained in a composite module, where they are protected from salt water that may cause corrosion and oxidisation. The unit is therefore a neat plug-and-play device, incorporating all the necessary control, cooling and ventilation elements, plus regulated battery charging that acts as an additional layer to the vessel’s own battery management system. It’s connected directly to the boat’s batteries and electric motors.

This standardised modular format also simplifies both installation and maintenance, making it easier for installers to become certified, which in turn improves after-sales service and helps allay safety concerns.

Output is 48V, which matches that of many electric drive units and can be easily scaled down to 12V or 24V if necessary, or indeed up to higher voltages. The stack has a lifespan rated at more than 10,000 hours of use, after which reconditioning/refurbishment is possible instead of outright replacement.

The key to any fuel cell is this so-called ‘stack’ where the platinum catalyst separates hydrogen molecules into protons and electrons, thus creating a current between anode and cathode. The hydrogen combines with oxygen from air supplied to the stack to produce water – the only by-product of the process.

“Safety is always a primary concern,” Sharp told me when I visited him at EIGSI, the general engineering school of La Rochelle University, where the design of the unit was finalised and tested. “There are already a lot of stringent safety standards in place for hydrogen fuel cells on board ships,” he adds, “so we were able to use those as a reference for smaller vessels.”

He therefore believes the systems developed for the safety of onboard hydrogen fuel cells go beyond those used for gas systems on yachts. The HPM unit includes a hydrogen detector interfaced with a solenoid valve to automatically shut off the hydrogen supply at the tank in the event of a leak.

Sharp also points out that the hydrogen is so light that, unlike propane or butane, it wants to escape upwards providing there’s ventilation for an escape route. Even so, in the power module the wiring and contacts carrying high current are housed in a separate sealed compartment.

Even when made of carbon fibre, the hydrogen tank is heavy, weighing close to 100kg for a tank that will hold 6kg of hydrogen. However, when you consider the inefficiencies inherent in diesel engines, this tank has the equivalent useable energy to roughly 50 litres of diesel.

For a hydrogen fuel cell-powered boat, eliminating the weight of a diesel motor means the total system weight equals that of a conventional diesel powered vessel when fuelled for a 100-mile range, but is a whopping 65-70% lighter than the lithium-ion batteries that would be needed to motor that distance on a 40ft yacht.

The HPM-8 is currently going through the type approval process. When that’s complete in the early part of 2021 it will be manufactured in La Rochelle, where Sharp’s company Genevos has facilities and support on tap to quickly scale up production.

On the downside, as with other emerging technologies, until production volumes ramp up early units will be expensive. Depending on their location the lack of a comprehensive hydrogen grid may also be a problem for some users. However, the billions being poured into the infrastructure will rapidly change this over the next five years, in a similar manner to when LPG became readily available for road vehicles two or three decades ago.

A reality of being able to fill up a hydrogen tank on a boat, in a similar fashion to filling with petrol or diesel, is therefore closer than most of us expect. Sharp says the scale of investment is such that there will be a good green hydrogen network within the next five years.

Currently the retail cost of green hydrogen is around €10 per kilo. That may sound expensive, but then consider marine diesel engines are hugely inefficient, especially in smaller sizes. What’s more, a kilogram of hydrogen contains three times as much useable energy as a kilo of diesel.

Therefore at around €60 the fuel cost of motoring for 100 miles in a 40ft yacht with electric propulsion is already in the same ball park as diesel power and with costs of hydrogen fuel cells dropping rapidly it will not be long before the new technology is more economic. 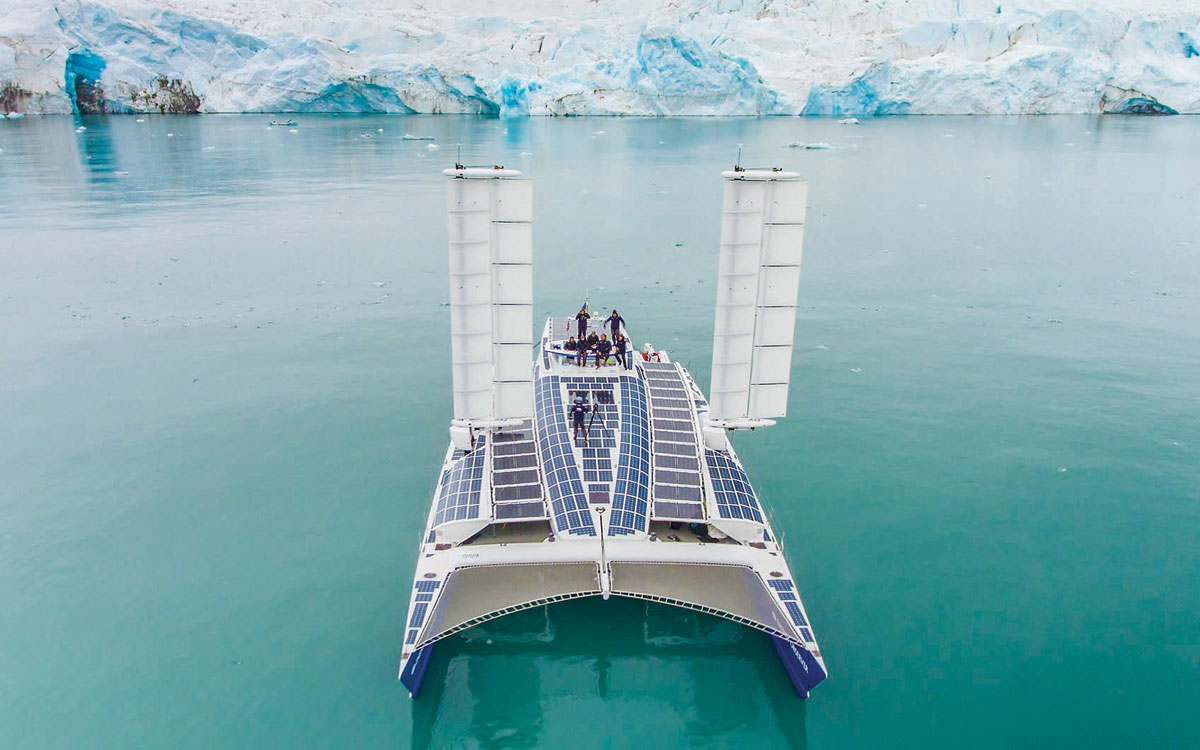 Many other organisations are operating in this space. Legendary Canadian solo racer Mike Birch, for instance, has been using Energy Observer, the old Nigel Irens designed Formule TAG (also formerly Enza New Zealand and Royal Sun Alliance) catamaran as a floating laboratory to demonstrate the potential of renewable power.

This project led to the formation of Energy Observer Developments, which has raised €20 million of seed funding to develop commercial products in the hydrogen sphere. It offers a fully marinised 80kW hydrogen fuel cell system designed in partnership with Toyota. Up to 10 of these can be linked together to produce an immense 800kW of power at 600V. The units can either be used as range extenders for propulsion applications or as silent emission-free generators for the hotel loads of superyachts and other vessels of similar size.

Energy Observer Developments has also developed a plug-and-play floating hydrogen refuelling dock that’s able to electrolyse up to 200kg of hydrogen fuel from water every day. 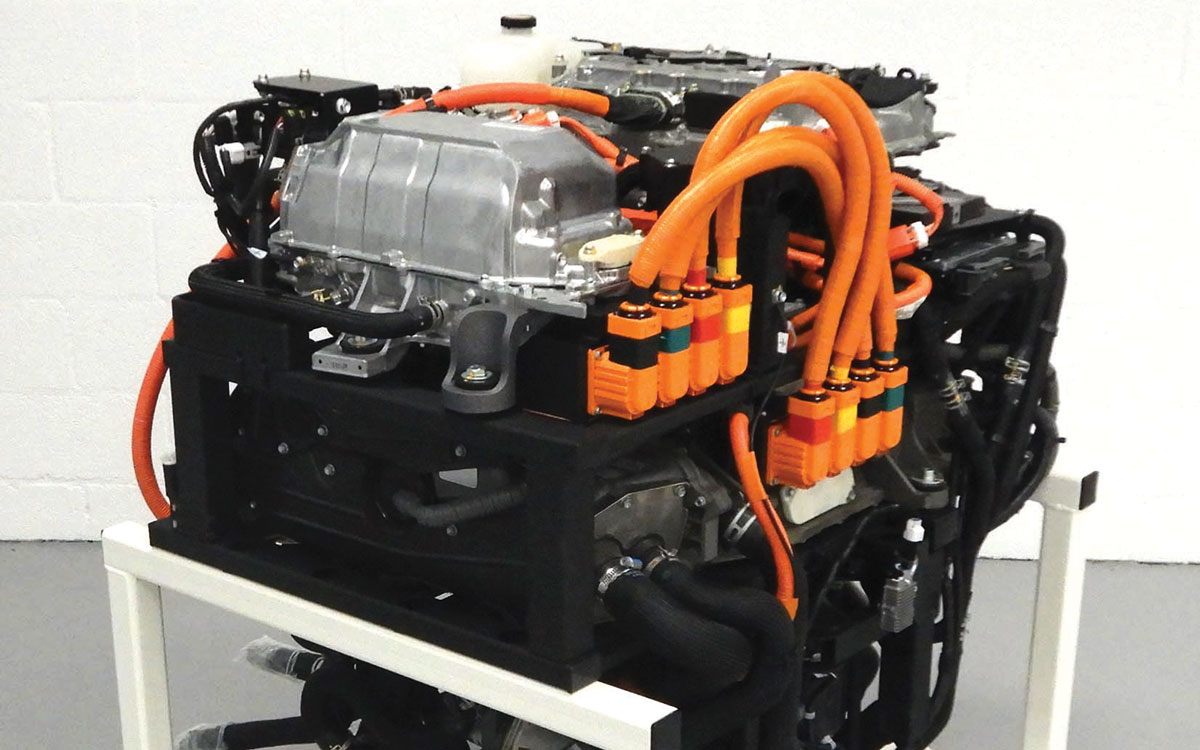 While it makes sense to start with a relatively small unit that’s optimised for the market and types of use with which Sharp is most familiar, his ambition is to play a role in decarbonising the shipping industry as a whole, since it has greater carbon emissions than aviation.

Larger units are already planned, with 30kW and 50kW modules scheduled for launch in late 2021 and a 200kW model in 2023. These will be proportionately less expensive than the HPM-8 as the price per kW of power output is substantially less for larger fuel cells. At the same time, as the industry expands and volumes grow, the very high component costs are forecast to rapidly reduce, which in turn will open the market up to a wider audience.

The initial focus, however, remains on getting the smaller units into the field. Sharp says he’s already talking to a large catamaran builder and builders of high speed ferries, but is still looking for partners in the sailing, motorboat and river taxi arenas. “Above all,” he says, “this is not tomorrow’s technology. It’s here today and we’re aiming to get it into the marine market as quickly as possible.”

Pricing of the HPM-8 will be announced when it’s launched in the spring of 2021.

This is Sharp’s racing and demonstration arm, which currently includes his successful Class 40 OceansLab (formerly Imerys). Looking ahead, he is actively seeking partners to demonstrate the technology on an IMOCA 60 around the world. “Our mission is to stimulate the uptake of hydrogen technology in the marine sector,” he says. “We know it’s vital for decarbonisation and with these raceboats we can demonstrate it’s viable and reliable.”

First published in the December 2020 issue of Yachting World