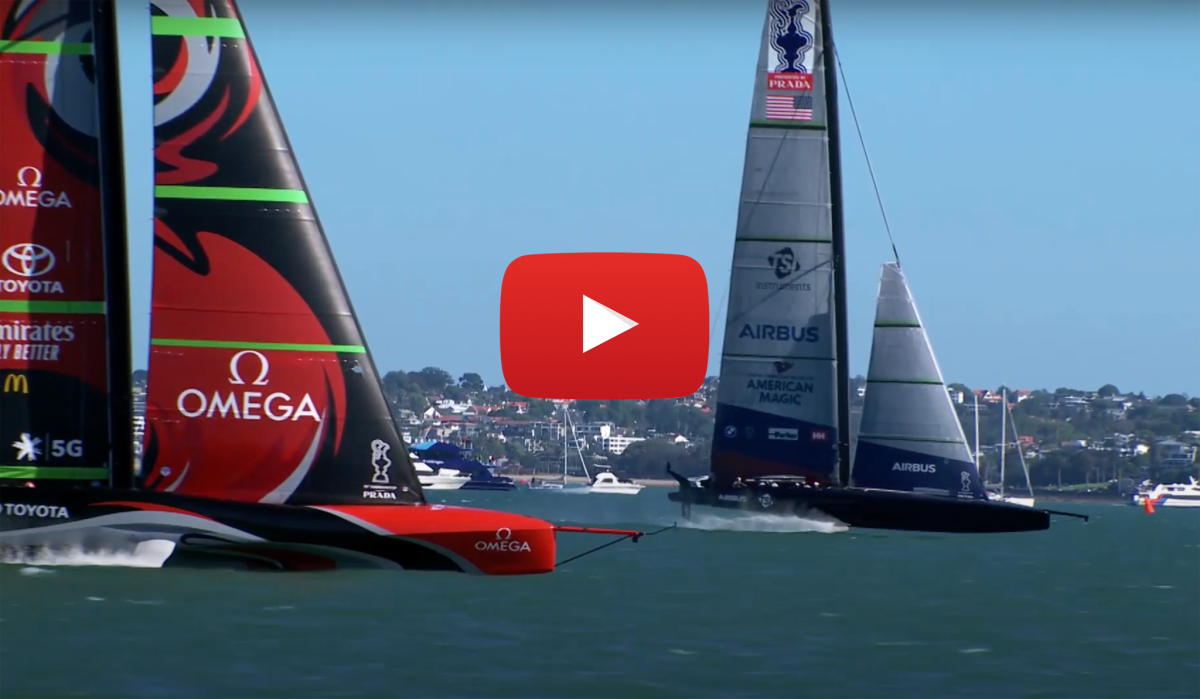 The scores are in for the first day of racing in Auckland’s America’s Cup World Series: American Magic leads with two victories, followed by one win apiece for Luna Rossa Prada Pirelli and Emirates Team New Zealand, and in fourth, INEOS Team UK who have yet to put a point on the scoreboard.

Though America’s Cup teams have famously brought out a number of tricks to shock the competition with on the start line, none of the four teams pulled an ace from their pocket for this first round. While American Magic is currently in the lead, it’s mistakes from the competition—not a boat design coup—that put them there. Fortunately for spectators, this makes for exciting, evenly matched racing, and we’re sure to see some outstanding sailing in the days to come.

The double round-robin format means each team will race each other twice with two American Magic vs. Luna Rossa Prada Pirelli races and two INEOS Team UK vs. Emirates Team New Zealand races on the schedule for today.

Sail Life – Live updates during the Atlantic crossing (how to get them)
2016 CONCEALER vs NOW! Which is better? #makeup #beauty #makeuptutorial
Mobile tutorial for selling T-shirt’s PLS DONATE
Best 5 gadgets for your boat
SAILING THE SEAS EDUCATION WITH OUR HANDMADE SHIP | GISTRAV ISLAMIA SCHOOL