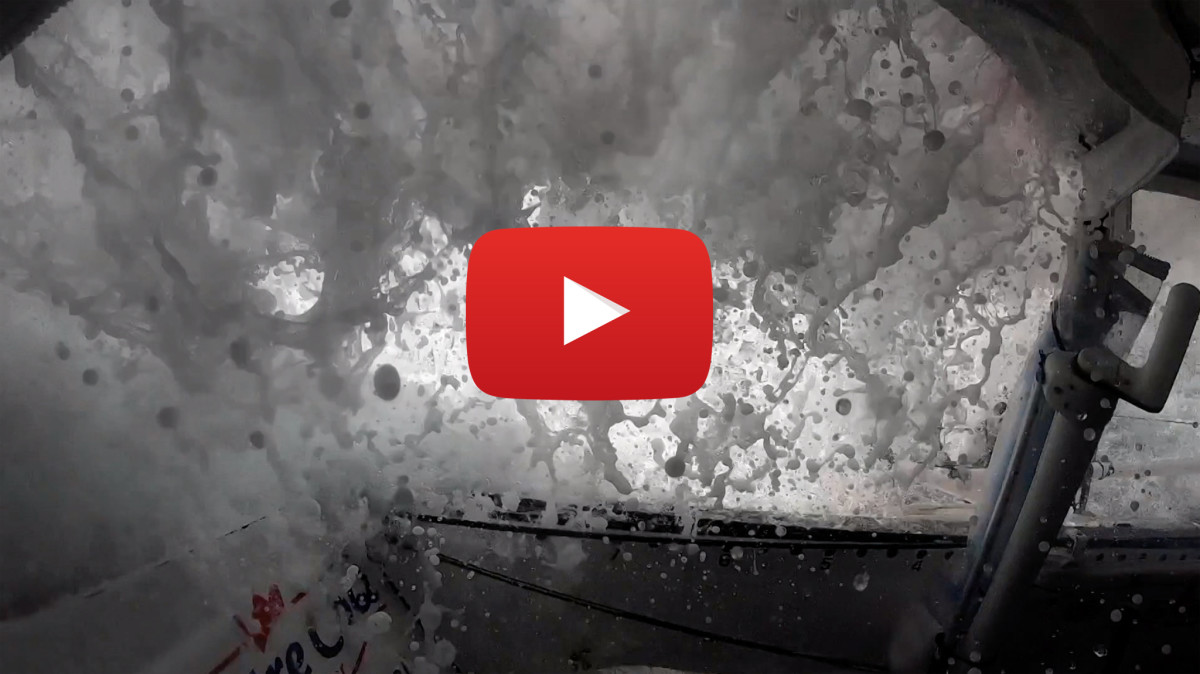 After last week’s dramatic rescue, Kevin Escoffier returned to dry land yesterday in good spirits. “I have no regrets about my race… The boat was at her full potential and I was in third. I was careful in the early stages to maintain a good average speed and not to push her too hard.” He says he will be excited to get back on the water again.

Meanwhile, the rest of the fleet is still out there, including Escoffier’s rescuer Jean Le Cam (Yes We Cam!) who has managed to be in 5th place despite spending nearly 12 hours diverting course and searching for Escoffier and almost a week with a passenger onboard.

Overnight, the group of boats in 3-11th place surged forward, narrowing the gap between themselves and first-placed Charlie Dalin (Aipiva) and second-placed Thomas Ruyant (LinkedOut). The pack was averaging 19-22 knots while the frontrunners were making just 10-12. Ruyant has lost his port foil, which slows down starboard sailing, and Dalin is contending with the aftermath of a significant Southern Ocean storm from earlier this week. There is some speculation that Dalin is nursing his boat through worse damage than he is reporting, in order to maintain an advantage over the encroaching competition.

Fabrice Amedeo (Newrest-Art et Fenetres), who’s been without his main computer since Cape Finisterre, has announced his abandonment due to the breakdown of his backup system. “Since yesterday I have literally been blind,” he reported. “Due to a new computer problem, I can no longer download the weather files, calculate the optimal course, the fastest possible and importantly the safest possible.” Amedeo considered continuing the old-fashioned way but determined that it would be unsafe to attempt a month in the Southern Ocean without weather predictions. Amedeo was in 21st when he diverted towards Cape Town, joining three other boats that have retired there and whittling the fleet down to just 27 of the original 33.