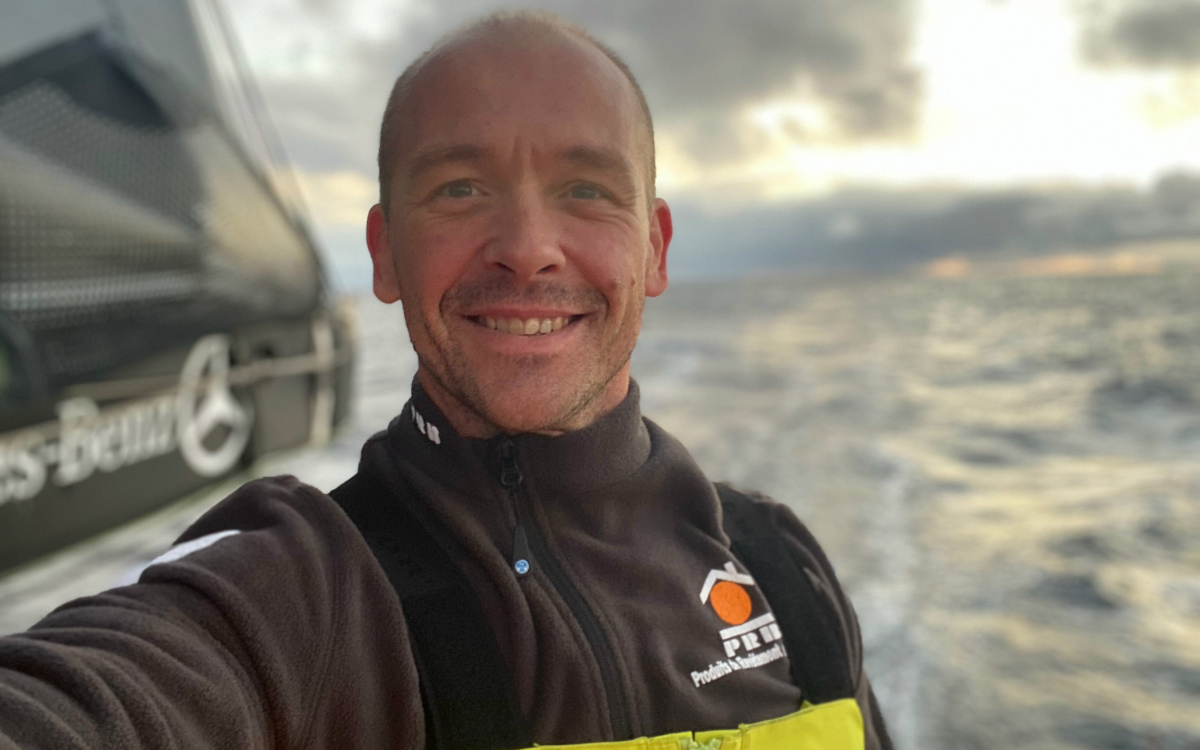 In a race famous for its incredible rescues, last night’s search and safe recovery of Kevin Escoffier by fellow Vendée Globe competitor Jean Le Cam in the South Atlantic is one of the most astonishing 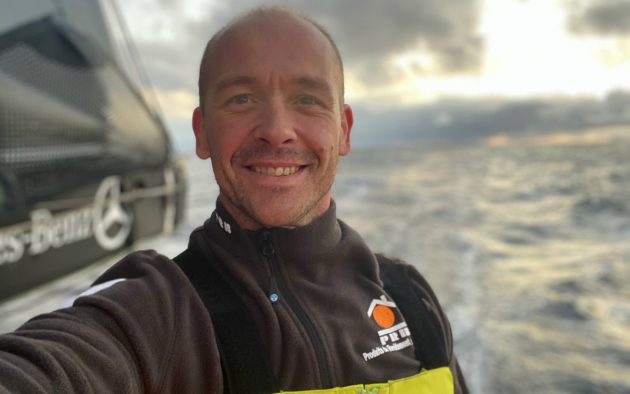 Escoffier was adrift in his liferaft for over 11 hours, some 840 miles south of Cape Town, at night in 25-knot winds and 3 metre seas, when Le Cam – one of four Vendée Globe skippers diverted to assist – found and rescued him at 0118hrs (UTC) last night after his boat folded in half ‘like pictures of a shipwreck’.

The first sign of trouble came when Escoffier, who was racing in 3rd place in the Vendée Globe solo non-stop around the world race, triggered his distress beacon yesterday afternoon. He sent a brief message to his team at 1346hrs (UTC), saying: “I need assistance. I am sinking. This is not a joke.”

PRB was racing in a strong south-westerly at the time, on starboard tack behind a weather front around 550 miles SW of Cape Town. Rescue services, including the MRCC Cape Town and French CROSS Griz, working with the PRB team and Vendée Globe race organisers, requested Jean Le Cam, the nearest competitor, to sail to PRB’s last known position when the beacon was triggered (40°55 S 9°18 E).

Le Cam arrived on station around 1615hrs UTC and quickly spotted Escoffier’s liferaft, and made visual and voice contact with the PRB skipper, but was unable to retrieve him in 5-metre seas and 20-25 knot winds. Le Cam then lost sight of Escoffier’s liferaft in the dying light and could not establish radio contact, while the range from Escoffier’s AIS was reduced by the heavy seas.

Speaking this morning Le Cam recalled: “Because I had a good position [when I spotted him]. I told him I will be back, there was no need to rush things. I had just the main with two reefs in 30-32 knots with the rough seas it was not easy to manoeuvre. I came back to the spot where I left him but there was no one there.”

“I went there (looking for him) five or six times which means I had to tack five or six times because of the mishaps that happened all the time, the sea state and so on, I ended up going backwards and lost sight of him.” 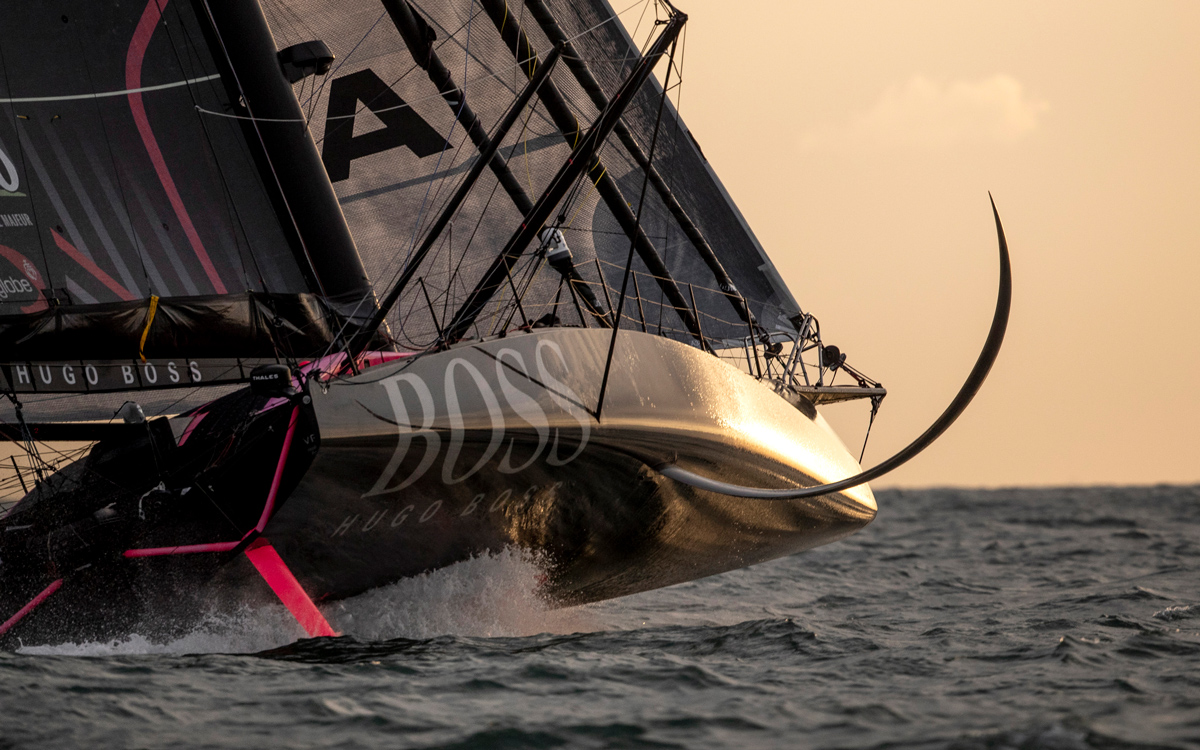 The enormously popular skipper has announced that he is retiring from the Vendée Globe, and is currently heading to Cape… 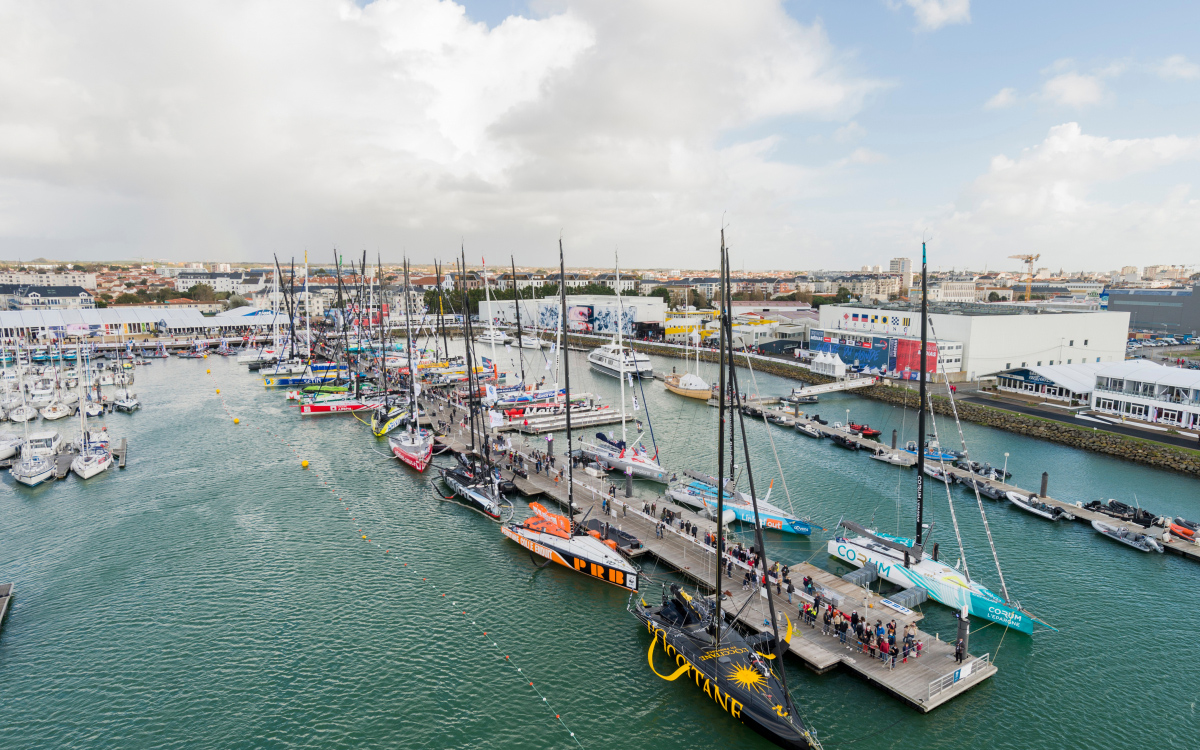 Race Director Jacques Caraës explained, “The only [EPIRB] position we were getting was the MOB but we did not know if it was attached to Kevin as it appeared to be quite random and moving a lot from one place to another. And so we did not know if the EPIRB was in the liferaft or close to the boat or what.

“At some point we thought we thought the EPIRB could be in the liferaft, it could be with him, the EPRB could be drifting in the water or it could be attached to the IMOCA (yacht). And so it was not easy. But when we saw that the EPIRB position was lining up with the drift prediction track we sent Jean to that point.”

The four searching skippers were given a grid search area using drift positions calculated by Météo France, and began sailing the area – no easy task to be short-tacking an IMOCA in heavy seas whilst maintaining a search look out.

“We had organised a triangle search scan pattern with Yannick Bestaven, who went seven miles away, then Boris was closer and Sébastien was closer. They did seven miles across by 0.3 of a mile apart on each scan. They sailed with three reefs. Jean Le Cam recommended that because it was a battle. Jean did seven scans.”

Le Cam explained how he found Escoffier in the middle of the night. “I told myself I would stay on standby and wait for daylight. Then I thought that in the dark it might be easier to see his light. One moment when I was on deck I saw a flash, but in fact it was a reflection that glinted off a wave. But the more I got closer to the light I saw it more and more. It is amazing because you switch from despair to an unreal moment in an instant.”

“I put myself to windward of him, I saw Kevin. Kevin asked me ‘will you be back?’ I said, ‘No we are doing this now!’ Then at one point the boat was falling backwards too fast in reverse and he was just there, two metres off the stern, and thank goodness I had prepared the red life ring that is usually in the cockpit. I threw it to him, and he caught it… and then he managed to pull himself in to catch the transmission bar (rudder link arm). And that was it.” 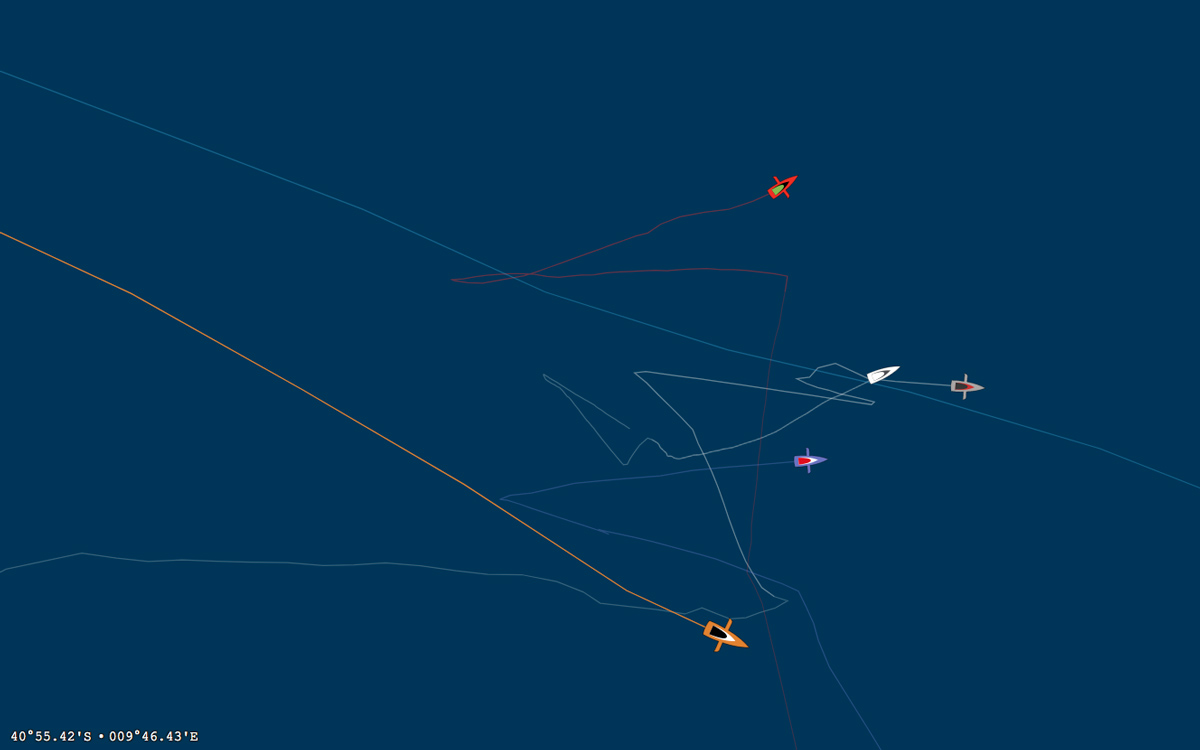 Speaking from onboard Le Cam’s boat Yes We Cam!, Escoffier described the moment the boat literally folded in half before he had to suddenly abandon ship: “You see the images of shipwrecks? It was like that, but worse.

“In four seconds the boat nosedived, the bow folded at 90°. I put my head down in the cockpit, a wave was coming. I had time to send one text before the wave fried the electronics. It was completely crazy. It folded the boat in two. I’ve seen a lot before but this one…”

Asked this morning if he was scared during his Escoffier replied, “No. As soon as I had seen Jean I was sure I would be saved.”

This amazing rescue is a fairy tale ending to a story that began during the 2008-2009 Vendée Globe when Vincent Riou, the then the skipper of PRB, rescued Jean Le Cam from his upturned IMOCA 60 200 miles west of Cape Horn. Le Cam was trapped inside his upturned VM Materiaux for 16 hours before Riou was able to reach his position, shout to him, and recover him from the capsized yacht, ending his own Vendée Globe challenge in the process.