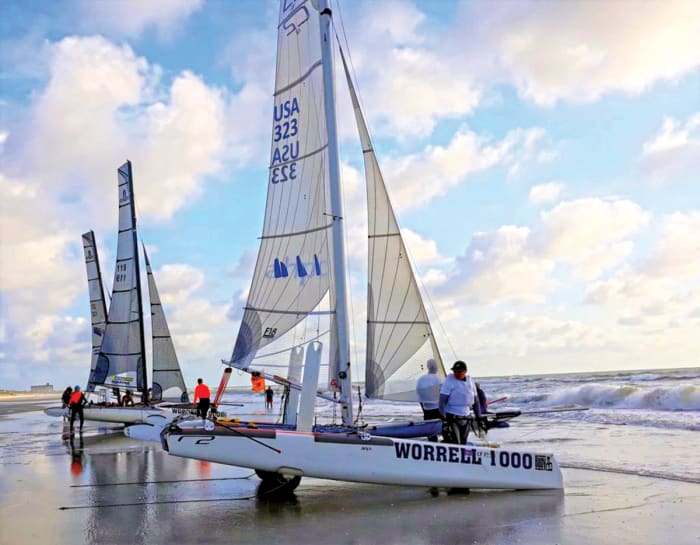 The Worrell 1000 began, as all the best sailing ventures do, as a bar bet. Brothers Michael and Chris Worrell and a bar owner disagreed whether it was possible to sail a 16ft catamaran from Virginia Beach, Virginia, to Florida, so in October of 1974 Michael and a friend made an attempt aboard a Hobie 16. Though forced to retire just shy of the finish, the Worrells’ venture sparked so much excitement that in 1976 they launched the “Worrell Bros. Coastwise Race.” In the years since, the race has been sailed using a number of different boats, but always aboard small catamarans that are beached at night allowing competitors to recuperate and meet with support crews.

The race was held semi-regularly until 2002, taking a few years off here and there. Then it vanished for 16 years until it was resurrected for a 2019 edition. Although there were just three entrants in 2019 (by comparison, in 2002 twenty-five teams took part) interest has skyrocketed since, and a 2021 race is now in the works with 13 entrants already signed up representing the United States, France, The Netherlands, South Africa and Germany.

The 2021 event will be sailed using Formula 18s, and the course will stretch 1,000 miles from Hollywood, Florida, to Virginia Beach, with 13 stops along the way. For more information, visit worrell1000race.com.