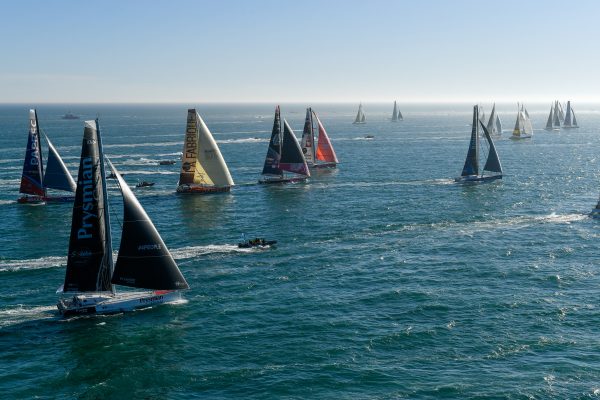 A record Vendée Globe fleet set off in near perfect conditions, but bigger breezes could bring an early test for the fleet with a low pressure system forecast within 48 hours


After the strangest of departure days, the Vendée Globe fleet set off this afternoon at 1420 local time. To start an around the world race is always an enormous relief, but this year, more than ever before, the solo skippers will have exhaled months of tension when they finally crossed the line off Les Sables d’Olonne.

The additional pressures of preparing for a race in a global pandemic and lockdown continued right to the end – every skipper had to test negative for Covid-19 48 hours before the start, and all 33 entrants were given the all-clear.

In the week leading up to today’s start, the skippers had quarantined themselves away – some with key members of their team, others with their families. This morning’s departures started for each skipper with a long, lonely walk down near-deserted pontoons, before the boats motored out through an eerily empty channel. 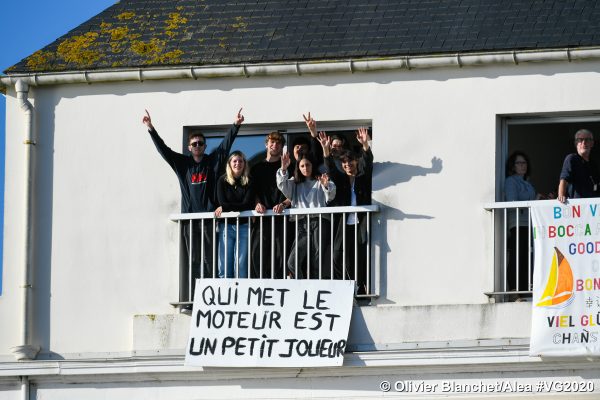 For those skippers, like Thomson, who had already said their goodbyes to their children and partners, there was time only for a brief, business-like final press interview. Others, including Jeremie Beyou, bade emotional farewells to their loved ones on the dock.

Despite a ban on crowds assembling along the canal, enforced by a heavy police presence, Les Sables still delivered an atmosphere. Unable to go to the seafront, fans hung out of apartment windows banging saucepans and cheering each boat. Some committed types had even crept out early to beat the lockdown rules and hung banners and flags along the canal walls. 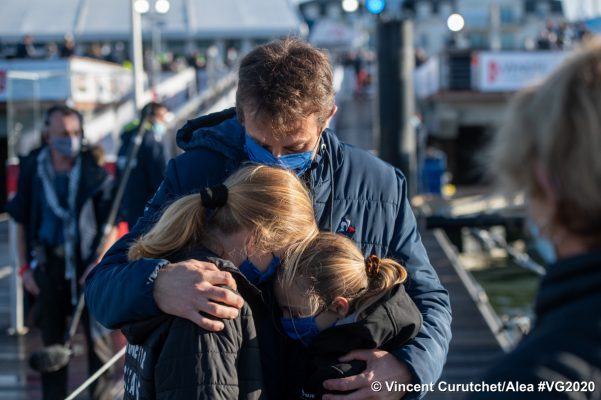 Even without the usual roars of the crowd, emotions ran as high as ever, and most skippers’ eyes shone red above their masks. Once they had docked out, the relief became more palpable: Clarisse Crèmer beaming her way down the channel. Amongst the intensity there were some lighter moments – Japanese skipper Kojiro Shiraishi arrived in traditional robes waving a ceremonial fighting staff, Sebastien Destremau wore a Hazchem suit and mask as a nod to the Covid restrictions.

Pip Hare was clearly emotional as she readied herself to achieve a life-long dream of starting the Vendée on Medallia. “I’m really, really happy, even if it does not look like it,” she joked through the tears.

“I am really nervous. I can’t believe this day has arrived. In one way I can’t imagine what is ahead of me and in another way I can imagine every single minute of it. I just want to go out and find out if this thing will be as amazing as I have always thought it will be. But I think it is going to be better.” 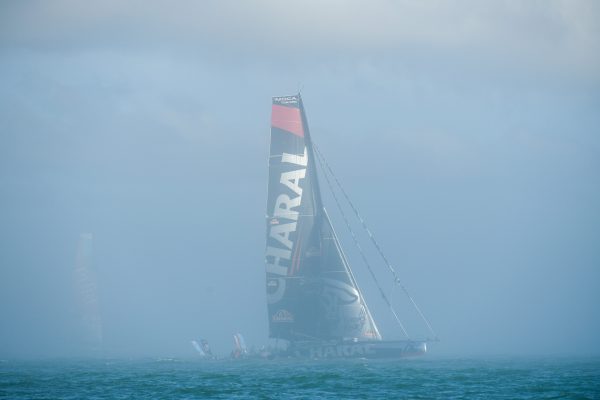 While the fishing town of Les Sables was bathed in a pale autumn sunshine, out on the course area a persistent sea mist caused the start to be delayed for over an hour. But by 1420hrs the visibility had cleared and the 33-boat fleet got away over their 1.3-mile start line in bright sunshine, with 10-12 knot southerly breezes and flat water.

The benign start conditions are deceptive, however, with stronger winds forecast for tonight before a low pressure system reaches the fleet by Tuesday, bringing what Thomson described as ‘potentially boat breaking’ conditions, of 40 knots and 4-5 metre seas. 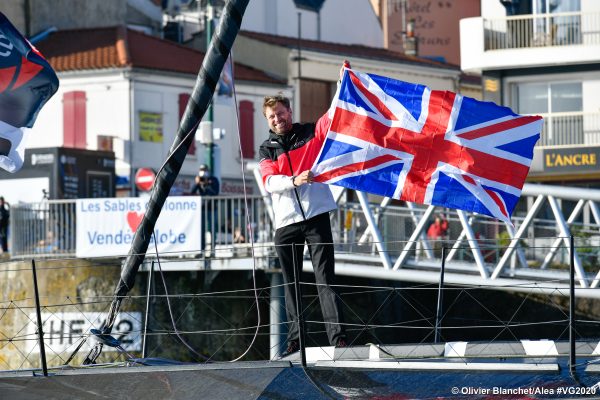 “The wind should be light to begin with,” Thomson explained on the dock before the start. “It is going to build, there’ll be a bit of a light patch this evening around 6pm, and then it will build and we’ll tack and try and avoid the light air off Finisterre.

“Then the wind comes back in from the south, with potentially difficult boat breaking conditions of big waves up to 5 metres, the front passes and we start heading south. But it is messy with lots of secondary lows.

“It is a shame there are no tradewinds, it is going to be a tough five to six days for all the skippers, lots of sail changes and potentially boat breaking conditions in that second front. And a complicated routing. It will be tricky. And it will sort the men from the boys.” 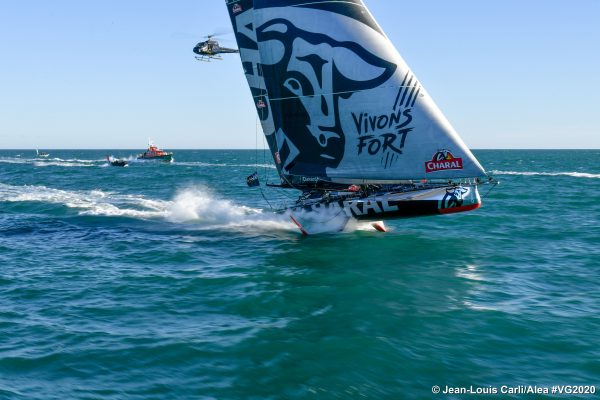 The big question is how this forecast will impact the front of the fleet, where there is a real diversity of new designs, some relatively untested. Earlier in the week Thomson told us, “I guess a lot of the fleet seem to be fairly close in performance, so I don’t know where we are really.

“Looking ahead to the weather now, there is a depression coming through on the Tuesday, Wednesday I think. And it will be interesting to see what the fleet does at that point.

“It looks like we’ll be sailing close to the wind, where we’ll be able to go pretty fast, and that’s potentially where we can see problems in the hull structure behind the keel. So it’ll be interesting to see what happens. But I intend to sail the boat to the limits that we know we can sail to, and then to make hay when I can.” 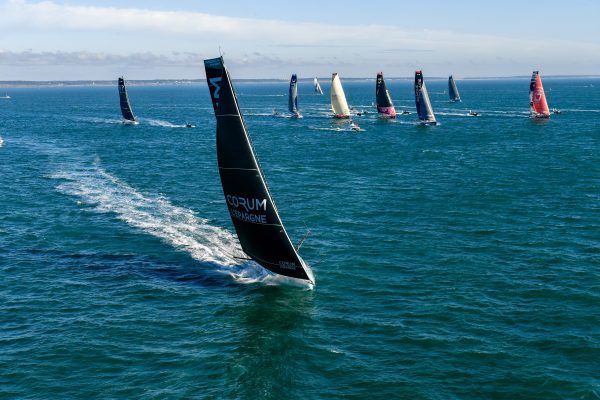 At the start, it was Louis Burton on Bureau Vallée who led the fleet – but Burton was over the line early, picking up a five-hour time penalty. Meanwhile Corum L’Épargne sailed by Nicholas Troussel, Jérémie Beyou on Charal and Sam Davies on Initiatives Coeur picked up the early pace in the marginal foiling conditions.

Visit vendeeglobe.org to follow the fleet on the live race tracker.