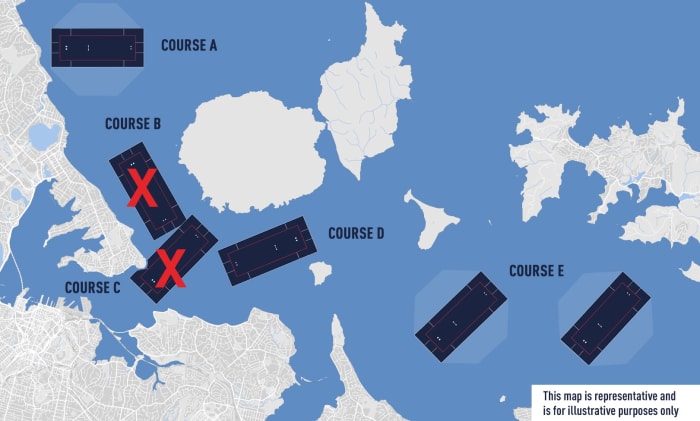 In a year full of drama, the America’s Cup has been matching the news cycle step for step, supplying their own fair share of scandal. After Covid cancellations and a spying controversy, the latest news is that the Challenger of the Record, Luna Rossa Prada Pirelli of Italy, has successfully lobbied for the elimination of two of the six proposed courses for the 2021 America’s Cup in Auckland. Central to the decision was the supposition that The Defender of the Record, Emirates Team New Zealand, had additional access to these two courses and would therefore have more preparation time.

Emirates Team New Zealand was quick to declare their outrage over the decision. It’s worth noting that the two courses that were eliminated were the closest to shore. In recent years, a “stadium” style course that allows spectators to watch from shore was part of the excitement of the America’s Cup, so the loss of the two shoreside courses came as a significant blow to Auckland’s sailing fans. Emirates Team New Zealand will be turning to an Arbitration Panel to challenge Luna Rossa’s rejection.

First look: Fountaine-Pajot Aura 51
Worlds coolest yachts: Aquitaine Innovations
The Easiest eBay Variation Listing Tutorial EVER! Create One and Start Selling Today
How to Design a Tutorial
Never Jump in at a Marina!