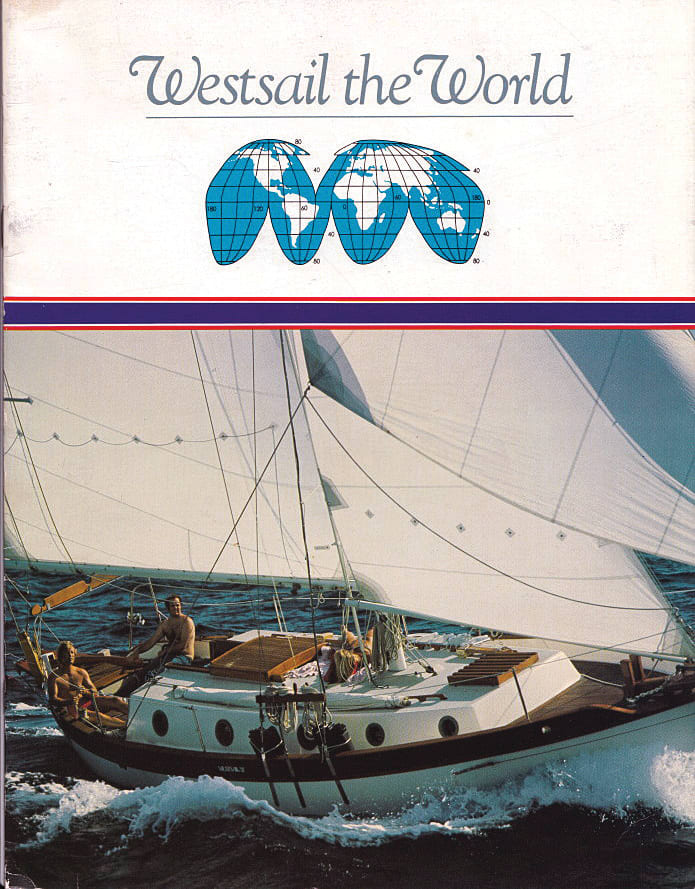 I cannot say I have been reading SAIL magazine since the very beginning, but I come pretty darned close. Sometime around 1974, when I was in high school, I began buying it every month at our local newsstand and saving every issue until I had great stacks of them, as carefully hoarded as any other adolescent boy’s collection of Playboy or Penthouse. No, I did not learn to sail by reading the magazine, but it certainly helped me refine my technique, and it most definitely introduced me to the broad and varied world of sailing gear and gizmos.

In those days I sailed 11ft styrofoam Sea Snarks in Maine during the summer and had a Hobie 10, which I schlepped from lake to lake through the Detroit suburbs in the back of our family station wagon. In my heart, however, I dreamed of bluewater cruising. It was an ambition fired by books I was reading, by articles I found in SAIL, and by a particularly alluring ad: “Westsail the World,” it read, over a photo of a very salty looking Westsail 32. It was, at the time, every cruiser’s dream boat.

Cruising gear back then was quite simple. On my first short coastal cruises, I carried nothing but a compass and a paper chart. Later came such exotica as a VHF radio. I well remember one old depthsounder I sailed with that shared its data not numerically, but via a puzzling array of whirling lights. By the time I finally embarked on a bluewater cruise on a boat of my own in the mid-‘90s, while writing stories for SAIL, I felt reasonably well equipped with a VHF radio, wind instruments, a depthsounder, a handheld GPS receiver and a pair of 70Ah, 12-volt wet-cell batteries to power them all. I had no autopilot, relying instead on a mechanical self-steering windvane. And yes, I did carry a sextant. I even practiced with it from time to time, just in case.

I was still very much a Luddite when I joined SAIL’s staff as, of all things, the technical editor. Soon after I started, Patience Wales, the then editor-in-chief, told me I needed to beef up the magazine’s electronics coverage. I replied I thought we should instead be teaching our readers how to handle their boats without relying so much on electronics.

“You can think that all you want,” she admonished me. “But I want you to come in here and crawl under my desk before you ever say it out loud.”

Of course, she was right. The march of progress in the sailing world, and amongst cruisers in particular, has been inexorable and undeniable. Though I still pride myself on sailing a “simple” boat, the technology aboard it is, by any objective measure, staggering. I have solar panels, a wind generator, a satellite phone, a satellite tracking device, a GPS chartplotter, radar, an AIS transceiver, a very sophisticated autopilot with a remote control that doubles as an MOB device, a VHF-DSC radio, a powerful windlass with a handy remote control, an efficient 12-volt DC refrigerator and a hefty 400Ah AGM battery bank.

And many cruisers today would never countenance such a modest equipment list. Where the doughty double-ended Westsail was once hailed as an ideal, contemporary dream boat are on the order of 50ft-long, very often catamarans, with watermakers, AC generators, reverse-cycle air-conditioning, freezers and washing machines, all in an effort to make them just as comfortable as houses on shore.

As for sail-handling, we can indulge in such conveniences as in-mast or in-boom furling mainsails, and ever-so-handy power winches. We may soon enough even be able to revel in “automatic” sailing systems that trim, ease and even tack as necessary. Of course, we also now have a much broader array of sails to play with, from Code 0-type headsails to top-furling asymmetric spinnakers and all sorts of fancy laminated full-batten mainsails.

I cannot say I have wholeheartedly embraced all these changes, and there are still a few things I might best mutter to myself while crouched under a desk somewhere. But I have certainly been amazed by it all. Compared to the advances made in sailing and cruising in the 50 years prior to the founding of SAIL in 1970, the progress we’ve made since then seems positively Promethean. I cannot begin to imagine what the next 50 years will bring.

Man Living Off-Grid on a $23k Sailboat & Spearfishing for Self-Reliance + FULL TOUR
How To Start Dropshipping in 2023 (FOR BEGINNERS)
Sail Life – San Simón island and the slightly cursed anchorage ⚓️⛵️
How did I become a digital nomad?
Beginners Guide to DMZ – How to Play DMZ for noobs