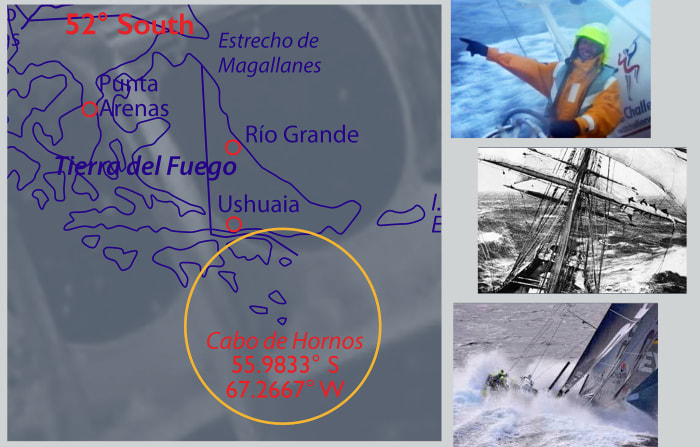 Just in time for a fresh class of Vendée Globe sailors to attempt their circumnavigations, The International Association of Cape Horners (IACH) has taken on the responsibility of maintaining an official register of sailors who have completed solo circumnavigations by the Three Great Capes—Good Hope, Leeuwin and the Horn. The task is a large one and draws from the expertise of Sir Robin Konx-Johnston (former keeper of the listing), historian DH Clare and the World Sailing Speed Record Council as well as books and public information. As it stands, the register includes 156 solo non-stop circumnavigators and 141 who have completed the route with stops.

With the specs for each circumnavigation, a notes section and links to more information, this resource is a fascinating document to explore whether you’re planning a circumnavigation or just diving into the nautical history. Sir Robin commented that “It seems totally appropriate that the IACH now becomes the holder of the list of solo circumnavigators passing south of the Three Great Capes. This is a valuable resource.”

Membership to the IACH is open to “those who have rounded Cape Horn under sail as part of a non-stop passage of at least 3,000 nautical miles which passes above the latitude of 52 degrees south in both the Pacific and Atlantic Oceans and is completed without the use of engines for propulsion.”