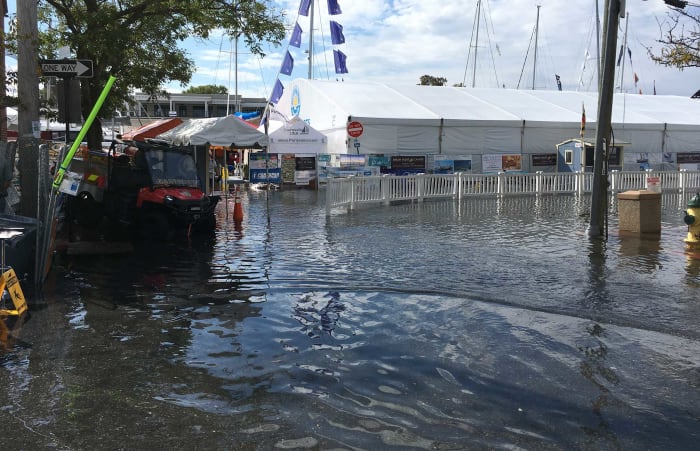 More and more often, coastal communities are seeing severe flooding—the kind that used to only come with big storms—on sunny days. Due to rising sea levels, occurrences as simple as a full moon or a high sea state can result in flooding. In fact, high tide flooding is now accelerating at 75 percent of locations along the East and Gulf Coasts.

NOAA collects data from 98 tide gauges along the United States coast in order to project flooding from the coming year. This year’s report stated that 19 of the 98 locations either broke or tied their records this year, again concentrated along the East and Gulf coasts.

The frequency of high tide flooding is expected to accelerate through May of 2021. NOAA is predicting two to six days of flooding in the coming year. Though two days may not seem drastic, the potential damage to shorelines, streets and basements could still be significant. And the rise in seas won’t stop there, with the 2050 projection seeing between 25 and 75 days of flooding.

MOST Profitable Q1 Niche?! & FULL Tutorial
Sail Life – Live updates during the Atlantic crossing (how to get them)
Common Boating Terms: A Beginner’s Guide
How to draw a cute boat | Easy boat drawings for kids | Simple drawings
Selling FREE Pictures In Canva To Earn $1,000+