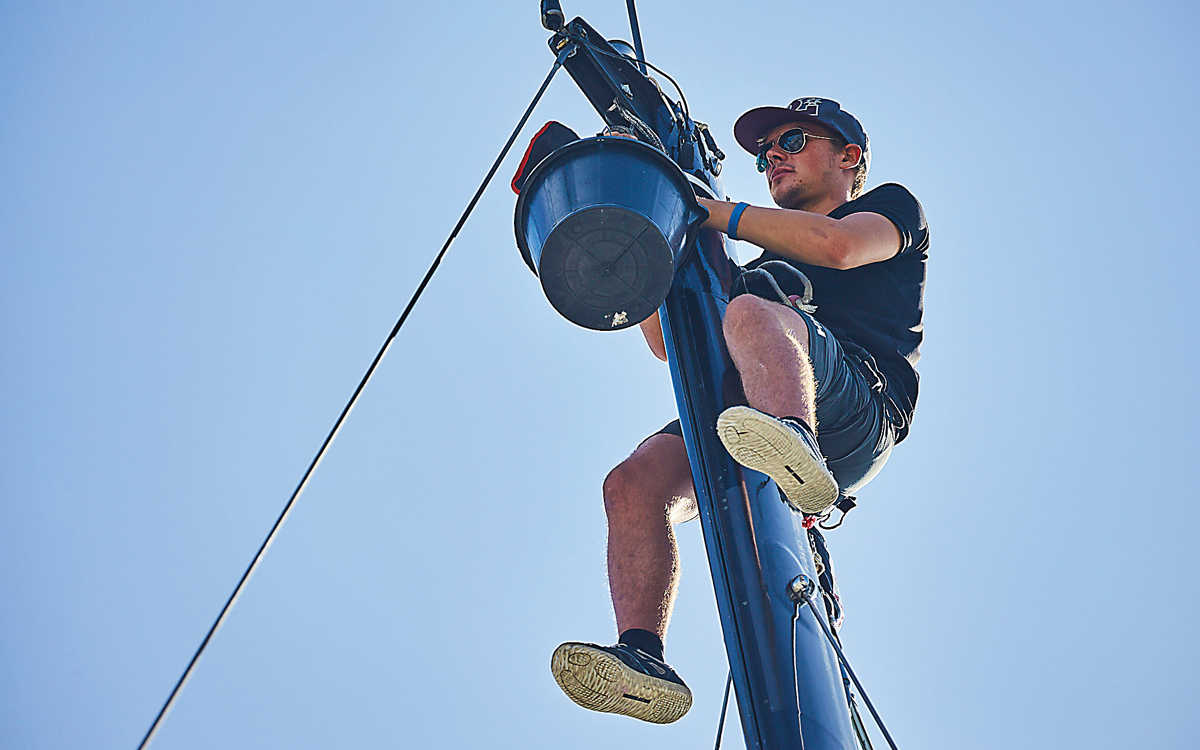 To prepare my IMOCA 60 Medallia for the Vendée Globe race, I have completed a full change of all the standing rigging 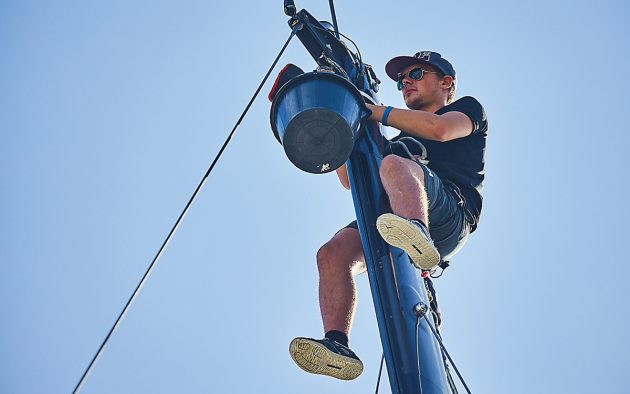 If the mast is stepped, the only way to thoroughly inspect rig fittings at the masthead is to go up there… Photo: James Mitchell

This was a ‘no brainer’ decision as my rigging has been around the world once already and I would never take it into the Southern Ocean for a second time.

In some ways it is easier to estimate the life of synthetic rigging, as it comes with a recommended mileage or stated lifespan if it can be UV damaged. For those with stainless steel rigging the decision on when to replace can be a harder one.

The main difficulties boat owners face when assessing the condition of the rig is the inability to see the first signs of wear, partly due to the majority of our rigging being out of sight in the sky, and partly due to the nature of metal fatigue itself. 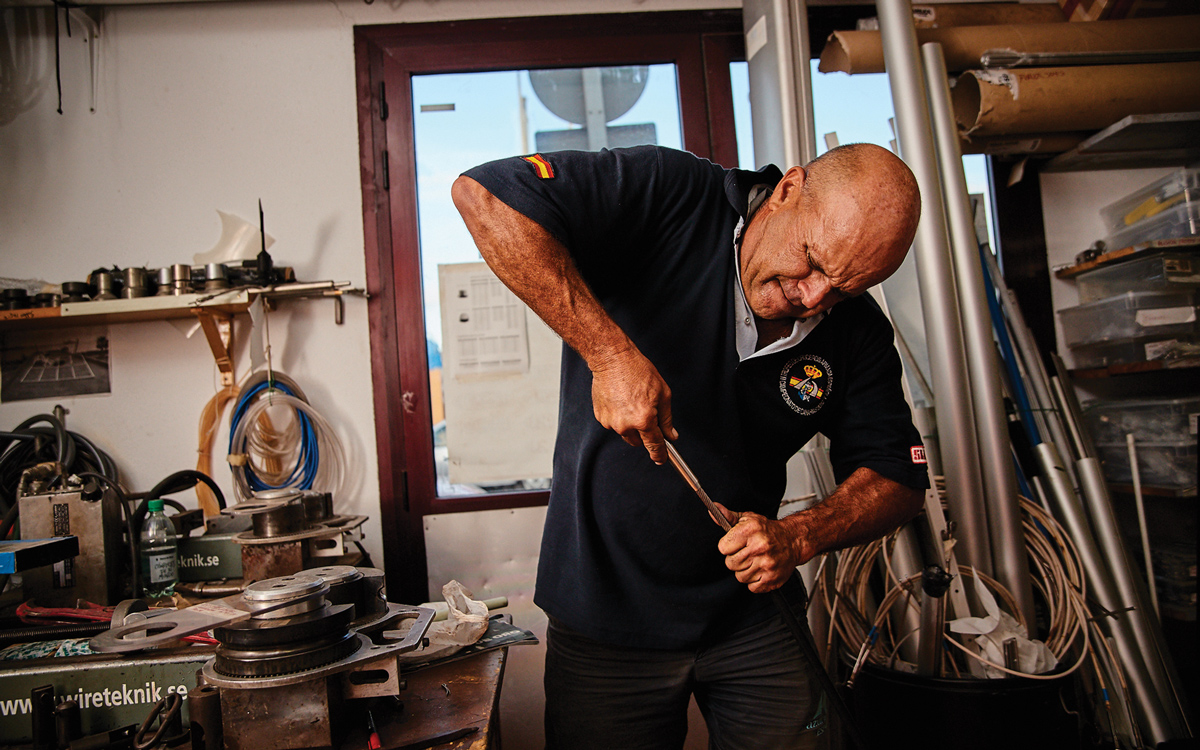 The fact is that metal fatigue is inevitable and cannot be avoided. The only thing that will vary is the time a component takes to fail. So how can we make a good assessment of when rigging should be replaced?

There are a number of factors that will affect the lifespan of your standing rigging, most notably the initial quality of the rigging used and the type and frequency of sailing that you do.

The quality of both wire and rod rigging is important because in both the crack initiation and growth phases of the fatigue process can be accelerated by metal impurities or unseen manufacturing defects in the component itself. Using high quality wire rigging from a well known supplier is a bigger initial outlay but the grade of metal used and manufacturing process should prolong the life of your rigging. 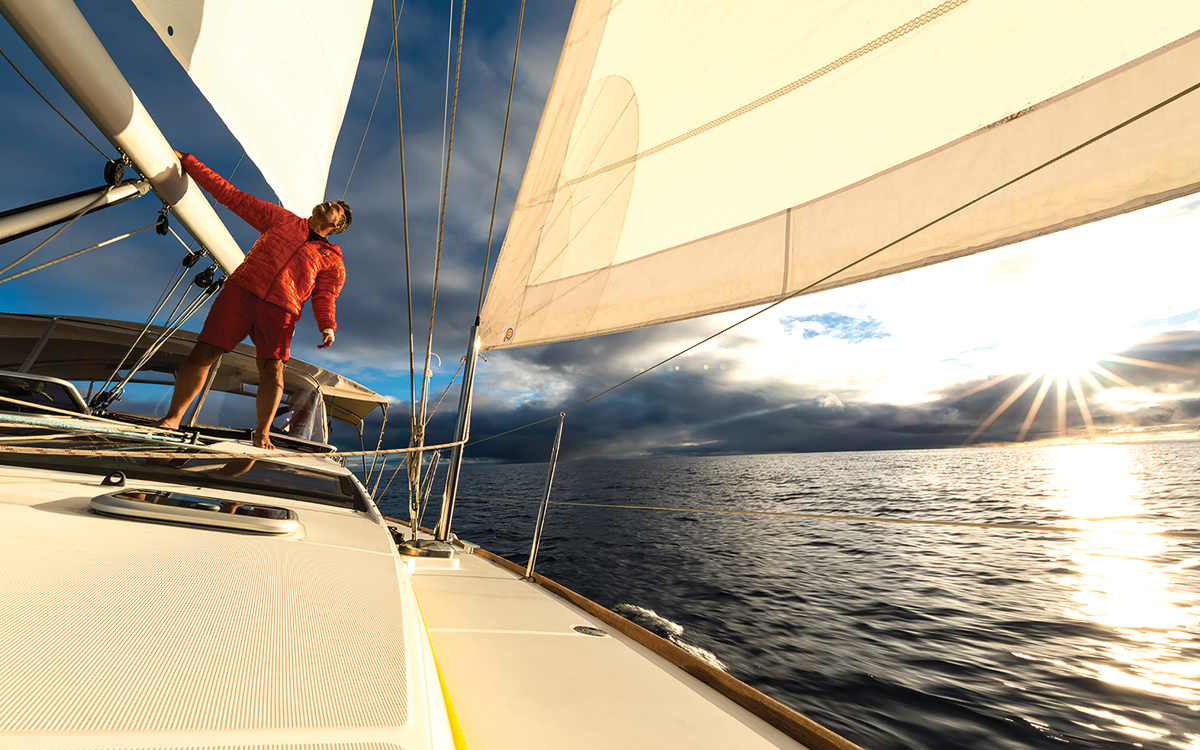 This is Part 2 of Vicky Ellis’ guide to preparing your yacht for any eventuality. You can read Part 1… 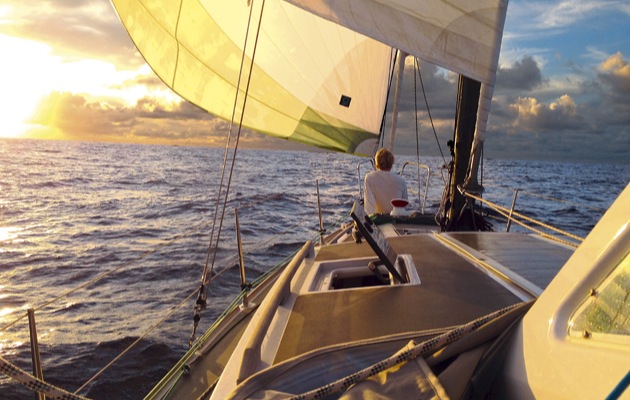 Crossing the Atlantic is hard on your gear, as the reports of ocean damage during the annual Atlantic Rally for…

When buying a secondhand boat, find out when the rigging was last replaced and try to get a copy of the invoice detailing who the supplier was – if you’re not sure, ask a rigger to take a look at it.

In crude terms, every time your boat is used it is advancing the process of metal fatigue through the application of cyclical loads, so a boat that is raced regularly and hard will be approaching the point at which rigging failure could occur faster than a boat which is cruised intermittently.

This doesn’t mean that lightly used boats will never have to consider changing their rigging; even a dormant boat will be experiencing load cycles in some form when the mast is up. Just the action of the wind on a mast is enough to load up the rigging and any stays left loose will move with wind and wave action. 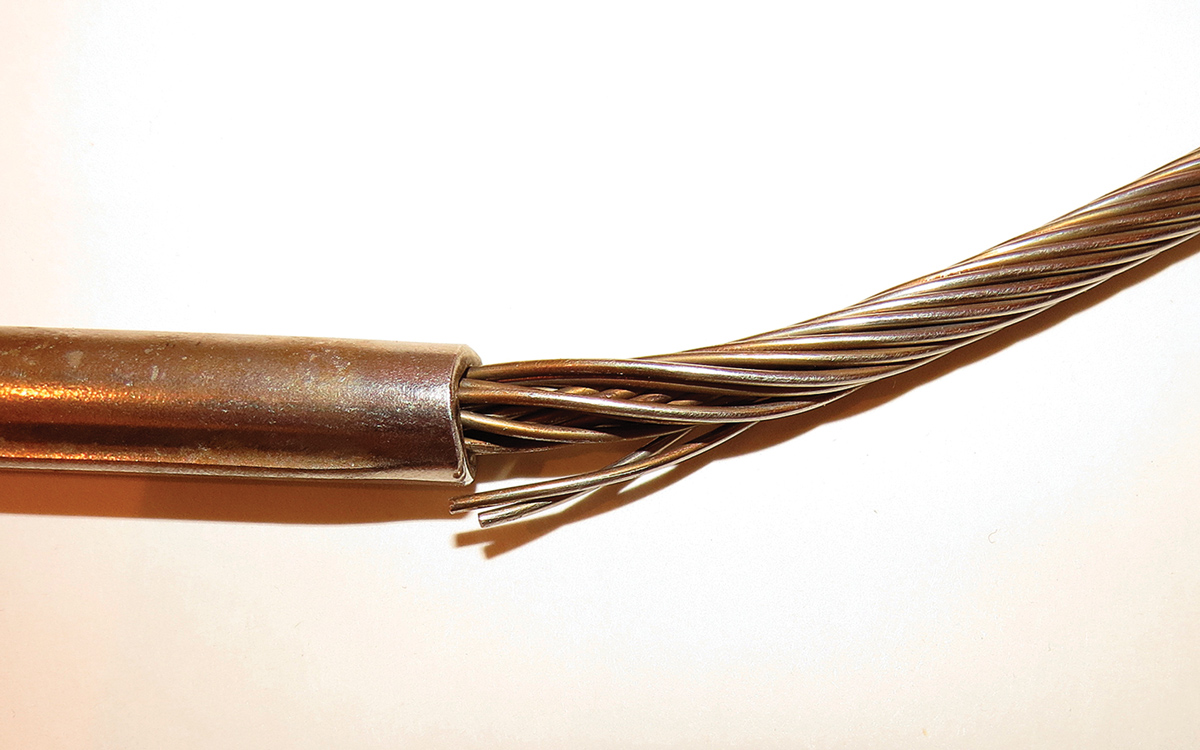 To minimise the stress caused by these load cycles while sailing it’s important to tune your rig regularly so the rigging is always at optimum tension. This will help ensure that changes in load are less extreme.

If you are not confident to set up your own rig tensions then ask your rigger to help, and later be sure to check your rig throughout the season.

There are a couple of ways to test for early signs of fatigue not picked up by the naked eye; they include dye and NDT (non-destructive testing). 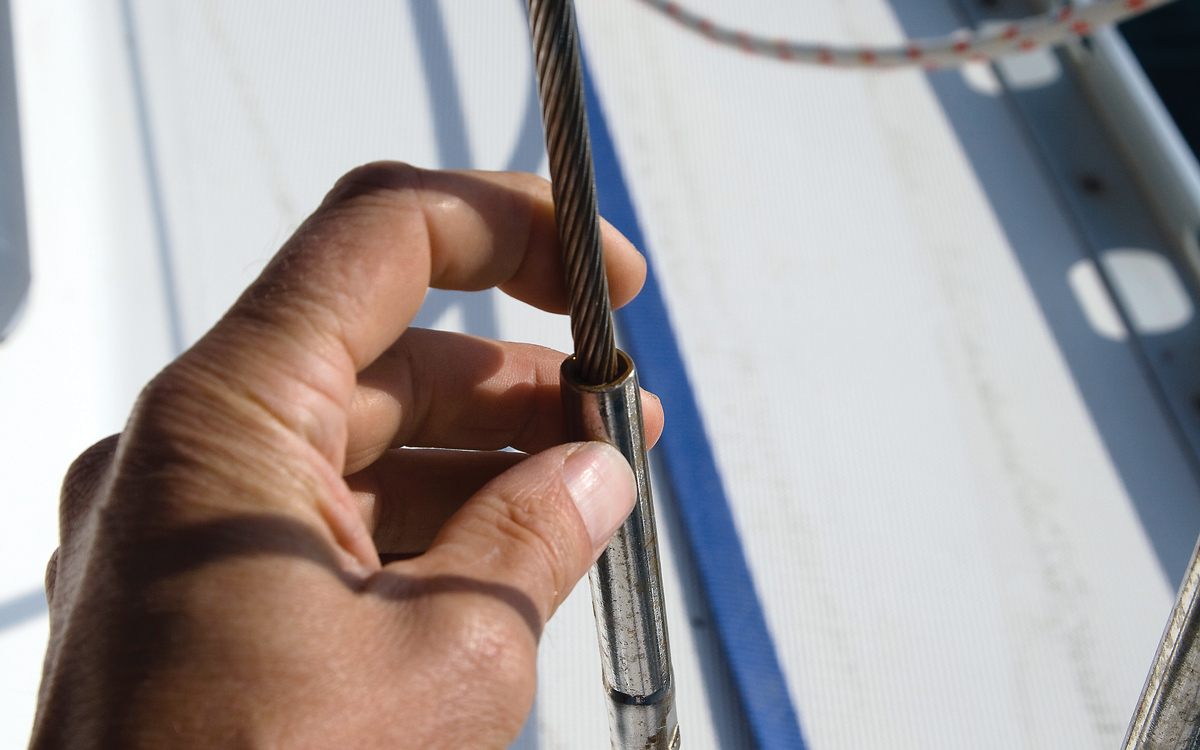 Both these surveys need to be carried out with the rig down and it may be worth balancing the overall cost of carrying out the test against the additional cost of re-rigging the boat, especially bearing in mind that if any faults or impurities are discovered your insurance may then require you to change the rigging anyway.

Regular visual checks should pick up the first signs of crack growth. Look for rust on T-terminals and at swage ends, check for powdery corrosion where T-terminals insert into the mast and any signs of cracking in the same area.

Run your fingers up and down the last metre of wire above or below the swage, feeling for deformities; if the wire is not uniform the chances are that one of the individual wires has broken, even if you can’t see it, and the stay and its partner should be replaced immediately. 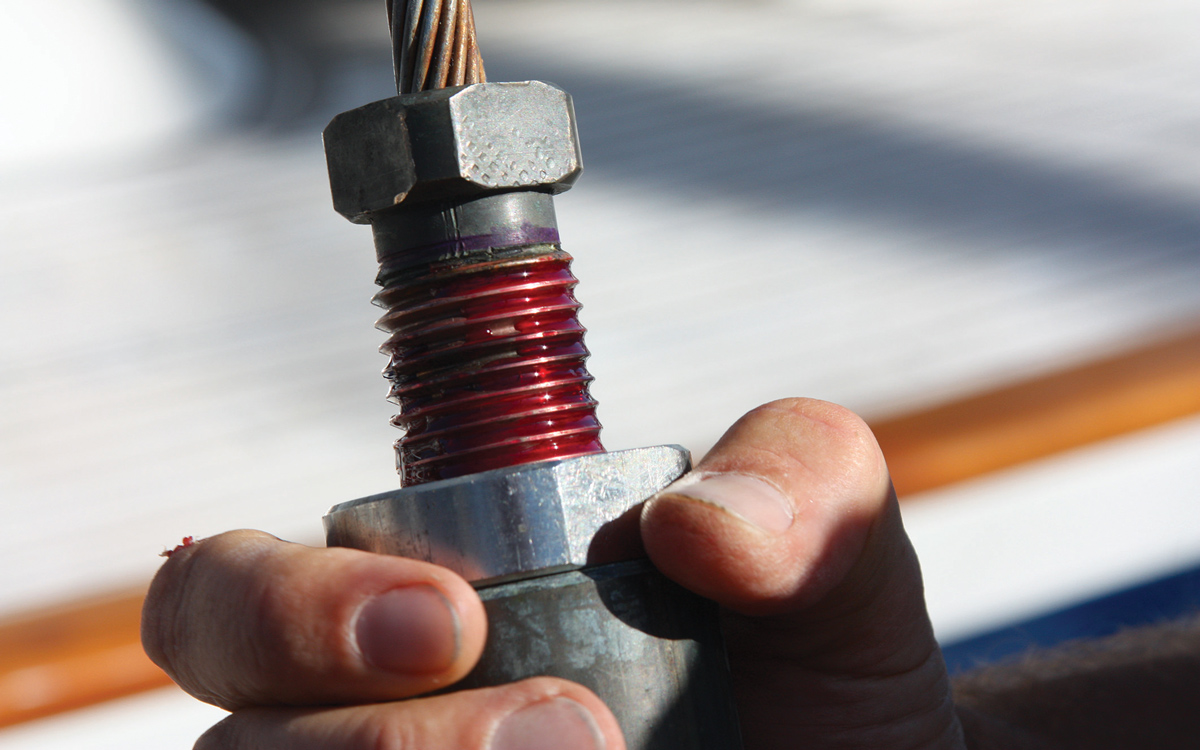 Visual checks for rust and powdery corrosion are your first line of defence. Photo: Rupert Holmes

Checking the head of T-terminals is a harder job as they are inside the mast itself. This will need to be done with the mast removed so a full ‘mast down’ survey carried out by a professional rigger should be scheduled at least every three years.

Picking up early signs of corrosion or replacing select components after a thorough inspection is a worthwhile exercise because it may extend the lifespan of your standing rigging.

Inevitably your insurance policy will play a big part in your decision making about whether to replace your rigging. There has been a general assumption within the sailing community that insurance companies require rigging to be replaced after ten years, but I’ve found this is not actually the case; it’s far less prescriptive than that. 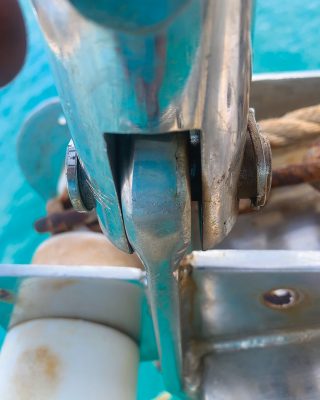 The IPID (Insurance Product Information Document) with your policy should give you a clear indication of what is covered in the event of a dismasting and may also provide some food for thought on when you should replace.

Insurance companies do not stipulate a timeframe at which your standing rigging should be replaced, but they do stipulate that all parts of the boat should be regularly and appropriately checked and maintained.

In the event of a dismasting claim, the insurance company would expect to see evidence of rigging maintenance and checks carried out at appropriate intervals by a qualified person; DIY inspections will not be accepted.

It is also worth taking note that in most insurance policies a depreciation element will be applied. This normally constitutes a deduction of one third of the new value of a rig and would start to come into play when a rig approaches 10-12 years old.

There’s a consequential impact of a dismasting which cannot be covered by an insurance claim, and that is the human and emotional cost. In my own sailing career I’ve had two failures of standing rigging components which I spotted while sailing and was able to jury rig for a safe return to port. I’ve also experienced a dismasting, and I can vouch that it’s not a pleasant experience.

As a regular racer I take the health of my rig very seriously, perform checks before every major race and take my rig down annually for a thorough inspection. But this is the schedule that is right for me and the miles I sail, and would be considered overkill for the average sailor. Only you can give a proper evaluation of how often and how hard your boat is used, but that makes you ultimately responsible for setting the maintenance and replacement schedule. 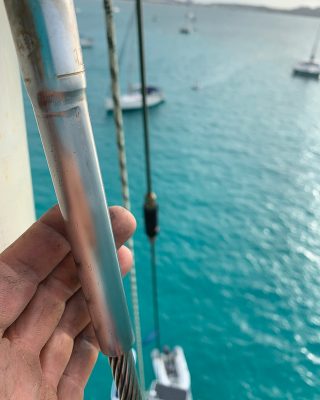 Crack initiation starts when the metal first gets put to work and is caused by the cyclical loading of metal components. In the case of standing rigging on a sailing boat, this is the loading and unloading of shrouds and stays. Think about the windward shrouds loading up, while the leeward side relaxes: this cyclical loading causes cell structures to develop within the metal, these cells gradually harden and then develop microscopic cracks.

The crack growth stage follows next and these microscopic cracks will develop into larger ones, which may eventually be visible to the naked eye on the surface of the metal component. The speed of the crack growth phase will alter depending on how often and how hard your rigging is put under load.

Ultimate failure is caused when a crack exceeds a size that results in the component no longer supporting load. Failure will be sudden.