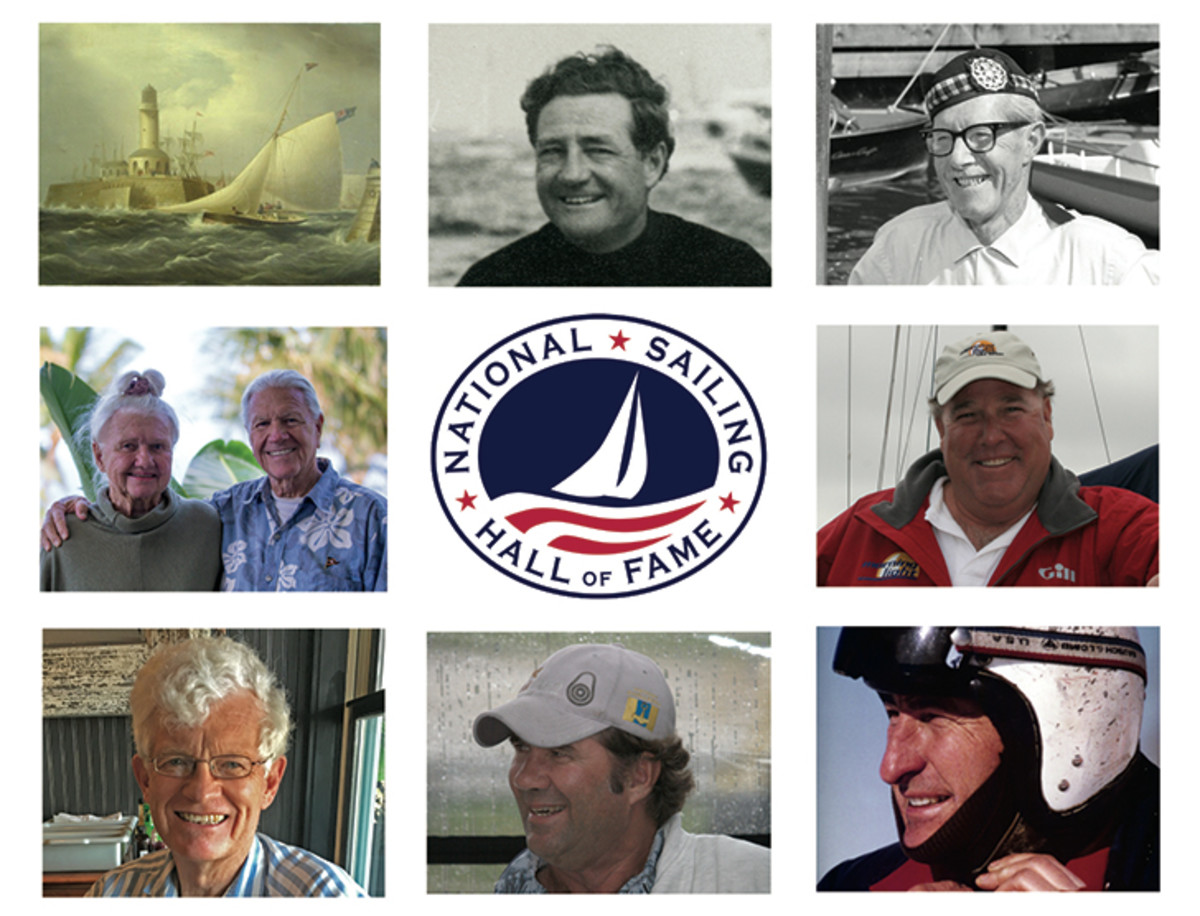 During the virtual 10th annual induction ceremony this past weekend, nine names were added to the roster of legends immortalized in the National Sailing Hall of Fame. The class of 2020 included:

“These sailors reflect the breadth of sailing in our country, embody the commitment to excellence that few possess and provide inspiration for generations of sailors to come. Their achievements span three categories—sailing, technical and contributor—and encompass a broad spectrum of accomplishments, from historic accounts to iconic paintings, from ice bating to windsurfing, and from coaching to safety and rules,” said president of the National Sailing Hall of Fame, Gus Carlson.

The virtual event included notable speakers and live interviews with several inductees moderated by National Sailing Hall of Fame board member Gary Jobson. The inductees will be celebrated again alongside the 2021 inductees for the traditional in-person event in Newport the weekend of September 10th, 2021.

Nominations to the National Sailing Hall of Fame are made by the sailing community. Nominations are accepted year-round. Details and the online nomination form can be found at nshof.org/nominations.

For more information on this weekend’s ceremony, visit.

Boat Driving #shorts
The Ocean Race: All set for leg two
BOAT LIFE: Told to Leave the Island
Looking for hotels near Cowes? A guide to local accommodation
LM1 – What You Need To Know *FULL Jan 23* (London Market Insurance Essentials )