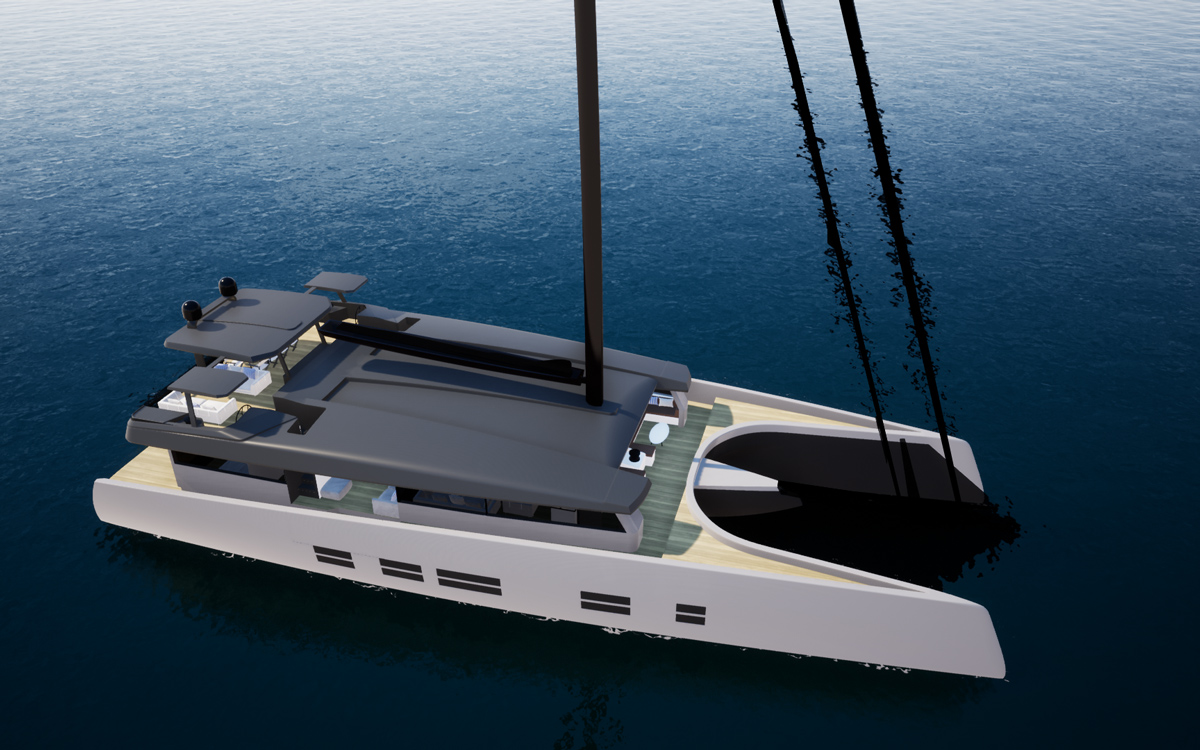 From any other boatbuilder, the new flagship of McConaghy’s semi-production catamaran line would be marketed as an out-and-out performer


With its all-carbon build, the McConaghy 105 is capable of matching true wind speed under sail, topping out at around 20 knots.

So it speaks volumes that this Jason Ker-designed superyacht offers the features usually associated with cruising in comfort.

Take the flybridge, for instance: there’s a wheel on each wing with clear sightlines, but also dining space and sofas for eight.

And the large master suite is on the maindeck, aft. Accommodation is for eight guests in four double cabins, and up to four crew, but the McConaghy 105 is very customisable, says marketing director James Kinloch. “The owner has carte blanche on the interior.”

Renderings show an intriguing array of outside seating areas, from a spa-like sofa arrangement aft to an extensive forward cockpit with direct access into the catamaran‘s main saloon.

“We are also designing a unique swim platform that integrates steps, and folds out from underneath the wet deck,” adds Kinloch.